The Nepali private sector has missed a very important issue in the list of suggestions they presented recently to the political leadership to incorporate in the new constitution. This missed point is about the funding of political parties and their campaigns. . . . Read more » Nepali banks were doing alright. But the new governor had to start his job with a bang and so he did – a Big Bang. He announced: "Within the next two years, all banks are required to raise their . . . Read more » The issue of federalism has left Nepal at sixes and sevens. It has proved to be the Pandora’s Box for the country. . . . Read more »

Indian business houses like ITC, Uniliver, Pepsi, SBI, Kansai group, National Insurance, Asian Paints, PNB, Dabur, among others are present here in Nepal. They generate an annual turnover of around USD 600 million and provide employment to more than 30,000 families directly or . . . Read more » Dr Chiranjibi Nepal was appointed Governor of Nepal Rastra Bank in March, 2015. Dr Nepal is a prominent academic who has worked with the World Bank as consultant and coordinator, Asian Development . . . Read more » Many might not quite know that entrepreneur Anil Kumar Agrawal has a love for music as well. And that this love is not just limited to listening to music. Whenever family or friends gather, Agrawal . . . Read more »

The Most Awaited Trade of 2015

This trade is probably the most awaited trade of 2015. The entire world is anxious to know when the US stock indices are going to stop their unstoppable bull rally which started in . . . Read more »

Investment generally refers to spending capital or money in productive sectors with the sole purpose of earning profits and wealth. It is the collective fund that is often collected by private sectors or firms like financial institutions in specific industry/s to generate . . . Read more »

Marketing Research : A Syndrome and Solution

Marketing research in itself is not the change; it is the basis on which the changes need to be . . . Read more » 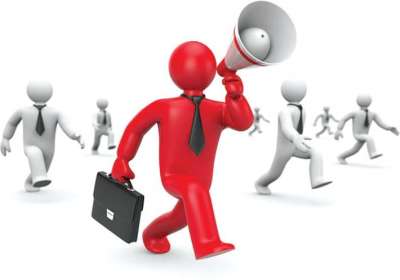 Recruiters’ aim is to make the recruitment process as tireless and stress free for their client companies as they . . . Read more »

Most argue that hydropower projects should be undertaken in a holistic manner using our own resources. However, it is easier said than done. The reality on the ground is . . . Read more »

“Nepal is going to be a good market for us”

Jason Thomson is acting president of Round Table International, a non-political and non-religious charity organisation. Thomson was in Nepal recently to attend Round Table, Nepal’s 16th AGM and to make the necessary arrangements for a World Meet of their organization being held in the country next year. . . . Read more » It’s not going to be easy for banks to comply with the new NRB directive for minimum paid-up capital. However, the banks seem to have no alternative other than to pull themselves up by their . . . Read more » Nepal’s readymade garment (RMG) industry is hoping for a revival after a senior member of the US Senate recommended the inclusion of Nepali RMG in the non-tariff list. But the hope is still . . . Read more » In a sure-footed move to expand its commercial base, Citizens Bank International Limited (CBIL), one of Nepal’s leading Class ‘A’ commercial banks, recently joined forces with National Capital . . . Read more »

We took the step so that the capital base of banks widens and small shocks and risks do not affect them. We also want banks to be able to finance big projects on their own without having to seek co-financers; when the paid-up capital increases a bank’s single obligor limit (SOL) is also raised. . . . Read more »

Dish Home has now covered 30% of the pay TV market with 40 percent of subscribers in rural areas, 40 percent in sub-urban areas and 20 percent in . . . Read more » The turning point for the company, in the real sense, came in 2008-9 when professional managers began to oversee operations. . . . Read more » The growth of Islington college is a remarkable one. With just six students in 2003, it now has 1200 and is one of Nepal’s leading business and IT colleges. . . . Read more »

Know When to Outsource

Choosing who could be the right partner for outsourcing is a challenging task which demands a lot of analysis and . . . Read more »

Research by McKinsey, the Harvard Business Review and other think tanks around the globe consistently find that CEOs worldwide see human capital as a top challenge, and they rank HR as only the eighth or ninth most important function in a . . . Read more »

Rise of the Artisans

The reality is that when heritage falls, the artist rises, they rose in 1934 and after each earthquake before that. They have risen again, but they need to be pushed or rather pulled to the . . . Read more »

Five Senses and the Bazaar Sensory marketing states that all five senses, sight, sound, touch, smell and taste should be used for marketing . . . Read more »

Nepal’s Capital Market set the history’s new high during the review period as positive sentiments towards banking stocks led all the sectors. The benchmark Nepse index touched 1200.92 adding 197.54 points in the review period while the session’s low was at the opening (23 July) with . . . Read more »

Nepse witnessed remarkable gains in the course of last month. The benchmark index rose by 197.54 points (or up 18.31%). It surpassed its previous resistance levels of 1036.98 and 1100 points and is moving well above the 50-day and 200-day moving average, and at a much higher rate, indicating a bullish . . . Read more »

National Banking Institute (NBI) organized a one-day conference on August 6 on Asset Liability Management, in Kathmandu. The purpose of the conference was to highlight the increasing gap between assets and liability management and mitigation of market risk. . . . Read more »

CG Electronics Pvt Ltd, the authorised distributor for LG in Nepal, has launched a showroom in Kantipath, Kathmandu. The company says it is 'one-of-its-kind' and is built to meet the challenges of an increasingly mature retail environment in the . . . Read more »

Dragonair has honoured its top performing passenger and cargo agents in its annual agency awards for excellent service to passengers and their contribution to the success of Dragonair during 2014. The awards were handed out during the company’s 30th anniversary celebrations held in . . . Read more » The cover story (NBA August 2015) Economy In New Constitution covered a relevant topic. The new constitution should work to strengthen the economic future of Nepal. There are lots of conflicts in the draft of the constitution whether it is for a federal state or for the . . . Read more »