Capitalism or in other words, market economy. A system where capital goods are owned by individuals or private companies. A system where the production of goods and services is based on the needs of the market, especially the situation of demand and supply. Capitalism doesn't work when governments . . . Read more » In recent years, the term “connectivity’’ has become a buzzword, especially in South Asia. This is considered, and rightly so, as a very important means to boost economic transaction as well as . . . Read more » Nepal's oldest democratic party, the Nepali Congress (NC), is in a deep crisis today, to say the least. Having suffered the worst electoral defeat in its nearly seven-decade long political history, . . . Read more »

“Distilleries, bottling and chemical plants of Mumbai (India) are our target customers”

Established in 2011, Vapco Engineering Pvt Ltd has emerged as a complete solution provider in the Engineering Procurement Construction (EPC) sector. With seven years legacy, the engineers of the company have been providing nonstop . . . Read more »

ET Ideas, a social business incubation centre in Malaysia, was started in 2008 when the idea of developing entrepreneurship was very new in Malaysia. ET Ideas has been developing individuals and providing a space to them to work on their ideas. . . . Read more »

“OYO is committed to providing predictable experience to people”

OYO is one of the largest global largest hospitality companies. It was started in 2012 as Oravel Stays which included the listing of budget hotels in India. After a research of few months, Oravel Stays pivoted to OYO in May . . . Read more »

“Nepal is a fast growing market for Glenfiddich”

“Nepali bankers are quite diligent and open to new ideas”

For modern day banks, risk management is a major area of focus which is integrally tied to their success and failure. With the rapidly growing banking sector and introduction of new services, risk management has become crucial for Nepali banks. . . . Read more »

Why do we buy what we buy? Trained ethnographer Simon Sinek offers a simple and compelling answer in his ever-popular business bestseller on leadership, innovation and marketing, Start with . . . Read more » The implementation of the new Merchant Banker Regulation 2074 BS, which was approved by the Government of Nepal, was made possible by an amendment to the Merchant Banking Regulation 2064 BS by the . . . Read more »

The Future of Commerce is Here Commerce has come a long way since the evolution of mankind and has evolved keeping pace with mankind, if not faster. From the barter system in ancient days to the invention of currency in more . . . Read more »

Market Economy Whither in Nepal?

Market orientation has been the primary theme in public discussion from 1980 onwards as a panacea for all the ills from social to political. Most countries, including those with left leanings, have . . . Read more »

In Nepal, where there are very few financing options available for small and medium enterprises (SMEs), managing funds becomes a herculean task just to ensure sustainability and growth in business. . . . Read more » “Success is not a matter of mastering subtle or sophisticated theories, but rather embracing common sense with uncommon levels of discipline and persistence,” says Shiwaj Neupane, Director at . . . Read more »

At a time when people are trying to look their best in front of the camera, Nepal Skin Hospital located at New Baneshwar has come up with the best idea to solve skin-related issues with the help of . . . Read more »

Behind the growing popularity of Indian cuisines are restaurants like Ghar-e-Kabab of Hotel Annapurna, Durbarmarg. Ghar-e-Kabab is a legendary eatery which has been serving its customers with the . . . Read more »

The location of a bedroom plays a very important part in our life. After a hectic day, when an individual returns home, what he needs is a sound and peaceful sleep. The duration of 6-8 hours when we . . . Read more »

Though there is no recorded history, it is believed that Nepal has centuries long history in brick making. Many historical structures from Licchavi era and Malla period are evident to this. Majority of brick markers in the country still produce hand-made bricks in traditional ways as they don’t have modern . . . Read more » 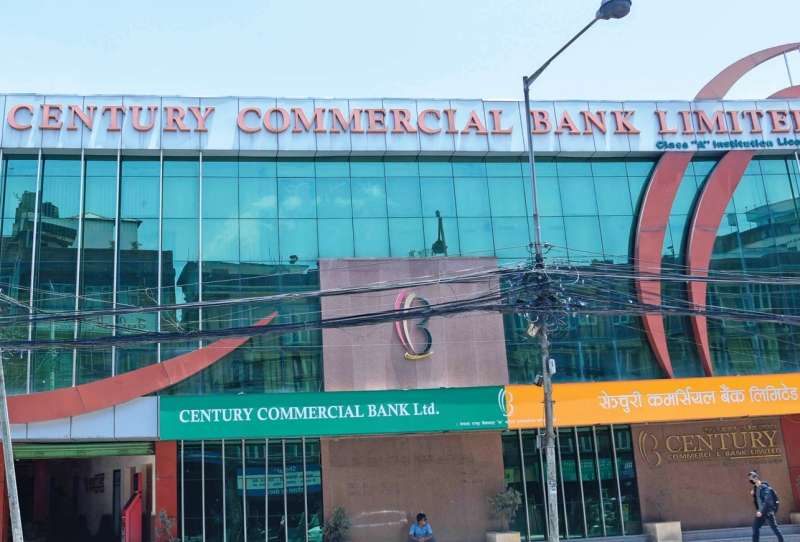 We’re all in a race, running at our own pace to achieve the happiness we think we deserve. Some seek money for happiness, some in education and some for mere validation. But amid this fierce . . . Read more » The British College (TBC) is one of Nepal’s leading management and IT college and a pioneering college to introduce and foster British quality education in Nepal. Established in 2012, TBC, located . . . Read more » Jeep, a brand of the Italian-American automaker Fiat Chrysler Automobiles, is an inspiration to an extensive range of sport utility vehicles (SUVs) in the world of automobile. The brand has come a . . . Read more »

The Economics of Sports : More than Fan Fever Behind this worldwide football euphoria and the curiosity about who will lift the trophy, are the economic benefits the host country, the governing body Fédération Internationale de Football . . . Read more »

Experts Views on The Economics of Sports

Sports is also an indicator of a country’s societal and economic development. The performance of players in international competitions reflects the state of development. Nepal has not reached the stage where we can execute plans related to sports in well managed . . . Read more »