First of all, may you get to drink as much whiskey, vodka and beer as you want throughout this year! Going by the advertisements seen these days in the Nepali newspapers and the bottles of various liquor brands in almost every chowk, aisle and shop, it’s a given that this wish will be . . . Read more » This year is going to be different in Nepal’s government budgeting. The Finance Minister will hopefully present the budget to the parliament on May 28 as stipulated in the new Constitution, instead . . . Read more » These are tough times to be representing the country abroad. Although Nepal now has a constitution, and hence the decade-long political transition has formally ended, disagreements over the new . . . Read more »

“Brand loyalty of Nepali customers towards Sony is very strong” It’s a very old, but interesting story. Birgunj's Shrisiya dry port (Chandal Chowk those days) was popular as a grain market. The farmers in those days used to bring their grain on bullock carts. . . . Read more »

History shows that it was never easy for regulators in any country to determine as to how much capital was needed to strengthen the financial foundations enough to support economic growth in the face of varying challenges. It became more difficult as financial innovations spread, leading to the 1988 adoption of model rules by a group of central banks and regulators that was based in Basel, Switzerland. . . . Read more »

You don't have a choice, either buy it, or stay out of it. You won't get any other option except this! This is called a Monopoly Market. When you have just a single vegetable shop in your locality, the seller is free to shape the price of vegetables on the basis of the area’s demand and . . . Read more »

Growth is magic. It is the taste of success. It makes it easier to fund new investments, attract great talent, and acquire assets. But the environment for growth has been difficult for some time now. . . . Read more »

I still remember my teenage years at Kalimati, where street vendors used to offer you a taste before you bought a fruit drink. I regularly used to go there with friends or alone just to taste the variety of fruits from so many . . . Read more »

Significance of Data in Business Decisions 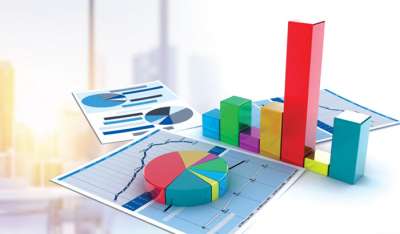 Getting the answers to queries like how the business is faring now as compared to the same period last year, is it on the up-trend or is it nose-diving or is it stagnant, would no doubt be of great . . . Read more »

Nepali students often dream of studying abroad to achieve academic excellence by receiving international degrees. But a business college based in Kathmandu is trying to educate potential business leaders right here, by showing that Nepal, too, is a place worth exploring with no dearth of opportunities for the young, eager and ambitious. . . . Read more »

Digital media is on the rise in Nepal. And a number of startups have already begun to garner the attention of consumers and production professionals alike. Onion Films is one such notable startup . . . Read more » Remittance is the key source of income for many Nepali households and it is also keeping the economy of the country afloat. City Express Money Transfer has been helping Nepalis with easy and reliable . . . Read more » Keyal Group is a Birgunj-based business and industrial house with more than a century of experience. A small textiles trading company named Gajananda Balmukunda was transformed into an industrial . . . Read more » With the promulgation of the new constitution, Nepal has adopted federalism as its administrative system, effectively doing away with its earlier five development regions and 75 districts. The . . . Read more »

Curved TVs have been in the market for while. These TVs have garnered immense attraction from viewers as they offer unusual design and outstanding picture clarity. The Chinese manufacturer TCL has . . . Read more » 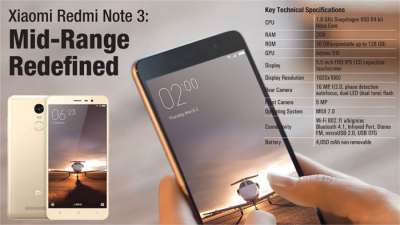 When it comes to mid-range smartphones, users generally hold view that these handsets offer fairly satisfactory performance in terms of computing speed, camera and display quality and other features. . . . Read more »