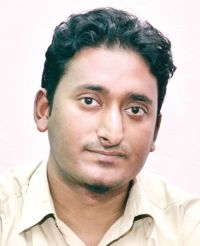 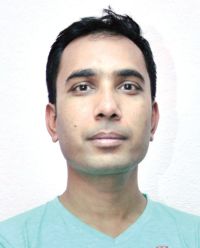 Digital media is on the rise in Nepal. And a number of startups have already begun to garner the attention of consumers and production professionals alike. Onion Films is one such notable startup coming off this vibrant platform. Active in the areas of video production, photography, visual graphics and graphic design along with branding and visual communication training, Onion Films was founded in 2011 as a full service digital media production company.

How the company first started is also a sign of the times in this digital age. Its founders organised a film making workshop through Facebook page named ‘Onion Films’ and collected a certain amount of money through crowd-funding. Rs 500,000 was their authorised capital. “No seed capital was needed to start the company. But it was established using ‘sweat capital.’ We didn’t spend more money, rather a lot of hard work and sweat was used to kickstart the new venture,” says Govinda Siwakoti, Co-founder of Onion Films. “The main idea behind establishing Onion Films was to uncover stories people have in every layer of their lives.”

Another idea the founders had was to produce independent films, create visual mass media and promote and work in the movie industry. “We decided to turn our passion for movies into a profession and so established the company,” says Surath Giri, also a Co-founder. This inspired their slogan of ‘bringing stories to life.’

At the start, like any other new fledgling company, they faced various problems some of which were related to their understanding of the market, gaining the trust of clients, human resources, marketing strategies, understanding the editing process etc. Overcoming them was no easy task. Even today, the company is struggling to overcome various issues. "We are having problems in management and expansion due to the lack of manpower," mentions Siwakoti, adding, “We have been facing difficulties in expansion and scaling up our service areas due to the increasing number of clients coupled with a small workforce.” Currently, six full time employees are working in the company. Besides them, the company has more than 160 workshop graduates as associates who work with them according to the requirements of the projects.

Present Prospects
Onion Films is providing services like audio visual service, video production, photography, graphics design along with branding and visual communication training. It is working with Accountability Lab, a startup incubator, which is helping them to conduct film making workshops. This company provides its services to small and medium enterprises, educational institutions along with non-profit organisations, NGOs and INGOs. The company is also working on a few small level foreign projects. Similarly, it is also involved with foreign televisions that are reporting the news from Nepal.

While the company aspires to become a leader in the Nepali digital media business, it has not received any outside help."Onion Films is a self-established company, we have not received any support from the government or any other organisation," says Siwakoti. Nevertheless, Onion Films has become stable in terms of revenue generation. “We have somehow achieved that stability. We are at the growing stage,” says Giri.

New Trends
Onion Films is introducing new trends in the digital media service. One notable new trend the company has introduced is visual presentation by making a short profile video of companies which was earlier done through PowerPoint and similar office software. “This new trend allows communicating visually with your clients,” informs Giri. “However, it has been difficult to establish the trend as there is very little literacy in visual communication among Nepali clients.”

Besides audio visual services, the company is also investing in products related to the services it provides. According to the co-founders of Onion Films, the annual growth rate of the company is somewhere in between 50-60 percent. Onion Films, besides performing client works, also produces young film makers by providing visual communication training. This unique feature has increased the number of the company’s clients and expanded its market.

Currently, Onion Films is working on a project with Global Disaster Preparedness Center (GDPC), a part of the American Red Cross, to produce videos on disaster preparedness. Beside this the company organises a six day workshop on movie making training every year in coordination with the Accountability Lab. This workshop is specially organised for youths where they learn different aspects of film making and then implement it practically after that by making movies on their own. “Since we are working with the Accountability Lab, the movies prepared by them are related to accountability and social issues which we called ‘Young Cots’,” says Giri.

The recent successes have led the company to venture outside the Nepali market.  “We are planning to work with foreign clients and tying up with the foreign video production companies in the future,” reveals Siwakoti, adding, “We are trying to create a platform for short films.” Meanwhile, the company is also working to provide the product for stock photos and stock videos in Nepal and it is also planning to produce their own short movies in a bid to broaden its market. “We are planning to organise the workshop outside the valley in the coming days,” informs Siwakoti.

While the digital media startup is not seeking financial support from the government, its co-founders suggest the concerned authorities to ease bureaucratic hurdles. According to its co-founders, the procedures to register a company needs to be shortened and the overall process should be made easy and less time consuming in order to encourage aspiring startups.