The years since 2015 are considered to be historic for the Nepali tourism sector. The years marked the golden jubilee celebrations of some important hotels and tourism related organisations that have been pivotal for the institutional development of the tourism sector in . . . Read more »

Experts Views on the Tourism Industry in Nepal

Airlines are essential to the tourism industry of any country. Maintaining quality of services in the airlines is important to ensure a healthy inflow of tourists. The quality of an airliner doesn't just depend on serving good food and providing a glass of . . . Read more »

When it comes to riding a motorcycle, a popular saying goes, "Four-wheels move the body, two-wheels move the soul." A free ride in the open is what separates a motorcyclist from other motorists. While motorcycles have always been a practical and affordable mode of transport they are now also attracting . . . Read more » 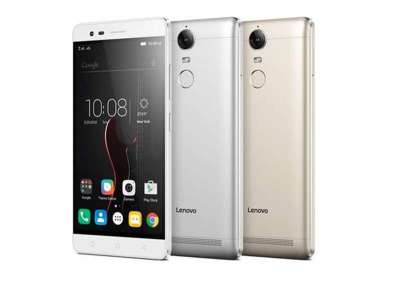 Lenovo has been flexing its muscles in the global smartphone market in the recent years. The Chinese tech giant’s handset journey so far has met with widespread acclaim across the globe. The iconic . . . Read more » Shailesh Sanghai has been an active member of EO for the past four years. He is currently the Director of Triveni Byapar Company, the distribution wing of business and industrial conglomerate, . . . Read more » Many restaurants claim to do things differently, from letting you order from a computer or handing a menu thick as a book or suggesting you to try the chef's specials. But have you ever wondered . . . Read more »

Laxman Risal is amongst a rare breed of young executives having experience of leading companies in banking as well as insurance. He is regarded as a dependable and committed leader . . . Read more » Unlike in advanced and emerging economies, entrepreneurs in Nepal do not have facilities of alternative financing to start or expand their businesses. While wealthy entrepreneurs have various sources . . . Read more »

Access to a high speed internet in today’s world has translated into higher levels of productivity and efficiency in work that ultimately results in the overall development of any . . . Read more »

Proper management of food waste is a worldwide problem. Every time foodstuff is thrown away, the energy, money and time spent on growing the crops is wasted. Besides this, rotten food releases . . . Read more »

Development work is funded in three to-five-year cycles, and Humanitarian aid comes with conditions that require money to be spent in six-to eighteen . . . Read more »

The Ace Way of Management Education With 17 strong years of expertise in management education, Ace Institute of Management has established itself as a pioneer in management studies in Nepal and has produced 2,565 graduates till date. . . . Read more »

Launched nearly sixty years ago, Khukri Rum has become synonymous with rum in Nepal. Found in restaurants in London to Everest Base Camp, it is one of Nepal’s iconic brands and has satisfied the . . . Read more »

CEO - Beware, You may Fail 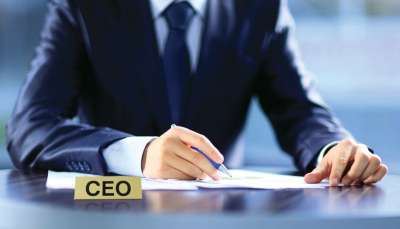 Yes, many of the CEOs fail. It is a strong assertion, startling and dismally disappointing. But it is a fact. The failure rate of enterprises world over is much higher than success. All the failure . . . Read more » Vijay Kumar Shah, Founder Chairman of the Himalaya Distillery Limited has been active in the liquor business in Nepal for the past fifty years. Shah who is the Chairman of Jawalakhel Group of . . . Read more »

In the recent period, stock market boom and bust have been important factors in macroeconomic fluctuations in both the developing and underdeveloped countries. In light of this experience, how or when, if at all, should central bankers respond to such . . . Read more » After assuming office in August 27, 2016, Industry Minister Nabindra Raj Joshi has been focusing his efforts to improve the climate for the industrial sector which has been a victim of the prolonged . . . Read more » Prime Minister Pushpa Kamal Dahal has two daunting but urgent tasks ahead. First is amending the constitution so as to address the demands of the Madhes-based parties. And second is holding local . . . Read more » When the issue of who should be appointed the new chairman of the Insurance Board (IB) cropped up in a Cabinet meeting a few weeks ago, the Finance Minister took out a name-list from one of the . . . Read more » Should Ncell (Pvt) Ltd. pay the capital gains tax on the sale of its ownership by its earlier owner Telia Company to present owner Axiata? The answer differs depending on whom you ask. Obviously, the . . . Read more »