Frost & Sullivan, a US-based consulting firm organised a conclave entitled ‘Uncovering Nepal- Exploring Trends and Emerging Opportunities’ as a part of series of briefings on emerging markets recently in Kathmandu. Founded by Lore A Frost and Dan L Sullivan in 1961 in New York, the company is a . . . Read more » Come mid-June and there is suddenly a dramatic upsurge in development activities in Nepal. The government becomes generous with its spending. Then the so-called intellectuals start protesting. Yes, . . . Read more » Faced with a no-confidence motion just after nine months in power, Prime Minister KP Sharma Oli resigned on July 24. The CPN (Maoist Centre), a key partner in the Oli-led alliance, had pulled the rug . . . Read more » One day to escape the heat of a Delhi summer, a young woman decided to study a subject which would go on to change her life . . . Read more » Menon’s idea of compiling the well crafted letters into a book is certainly a refreshing . . . Read more » In this Android jungle, an US-based smartphone producer, Obi Worldphones, has come up with a fresh design-led proposition concept with top notch hardware and software . . . Read more »

The benchmark index saw tremendous growth in the course of last month. The index gained 165.09 points (or up 7.86%) to close at 1877.93. Various policies and economic scenarios have supported the bullish sentiment in the . . . Read more »

Golchha Organisation, one of the prominent business houses of the country, has moved to a new location in Naxal. The new corporate headquarters which the Organisation shifted to six months ago, has an area totaling 12,000 square feet. Currently 170 staff from various business entities under the Golchha Organisation are working in the building. . . . Read more »

The pre-modern look that restaurants and bars have adopted over the last decade or so is marked by salvaged wood, fireplaces that may or may not function, bare electric bulbs dimmed to mimic . . . Read more » Patients often voice their concern about the reliability of pathology reports in Nepal. But one lab is reassuring them by adopting world class . . . Read more »

“EIR system will be useless unless executed practically and effectively” ​Allied Trade Link International is the authorised distributor of Karbonn and Panasonic phones in Nepal. Established in 2009, the company first launched the Karbonn smartphones in Nepal which has . . . Read more »

Innovation is tough even for many established companies. But one startup is using it as its business mantra to create helpful software right from the . . . Read more »

The Guiding Principle of Research In order to benefit from research, individuals or institutions must be honest with the researcher in the same way as with a doctor or a . . . Read more » Marketing strategies in general are meant to achieve the bottom line in the framework of the ‘8 Ps’ that are- Product, Process, Packaging, Price, Promotion, Placement, People and Physical . . . Read more »

A Method to the Madness 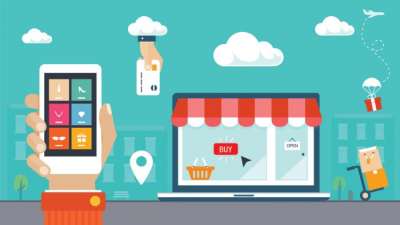 As more favourable economic conditions slowly return, retailers envision a prosperous and profitable future but they must manage growth while accounting for a Responsible and Sustainable retail . . . Read more » Insufficient data or lack of transparency? Call it what you will, but little is still known about the inner workings of Nepal’s BPO industry. . . . Read more » HEP development has gotten bad press over the years. But one company is trying to change that by generating investor and public trust in the sector by completing projects on . . . Read more » Nepal Rastra Bank (NRB) unveiled the monetary policy for the fiscal year (FY) 2016-17 last month. It has been a formal practice in most of the countries that the central bank introduces Monetary . . . Read more » 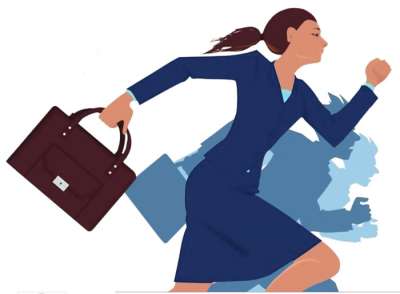 Namrata Shrestha owns her own bar at Lazimpat. She is an entrepreneur. Had she not been an actor, her name would not be listed. Her entrepreneurship is known because she is an . . . Read more » The government’s decision to prioritise the production and transmission of domestic ads over foreign made ads could be a watershed moment for the domestic ad industry. How will it face the new . . . Read more »

Advertising has become something of a culture at present. The concept of advertising has been firmly established in the business sector in that businesses need to advertise their products and services in order to prosper. . . . Read more »

Brand management is an integral part of any marketing campaign. If we can handle the brand management side effectively, advertisements will become more efficient. The agencies as well as the advertisers should have the knowledge about fundamentals of . . . Read more » Nepal is getting the second government under the new Constitution. What difference will it make for the business and economy? A lot or not at all? It is tricky to answer the question. Because there . . . Read more »