Time is ever changing. And with the changing times, the economic models of countries have also been changing. There was a time when we saw Hitler’s nationalistic capitalism. Then came Stalin’s version of the Soviet model. A few decades later, India’s Nehru mixed quite a few models together . . . Read more » The recently concluded China visit of Prime Minister KP Oli received a lot of publicity both within Nepal and in India. The Nepali people were told that the visit was a resounding success. Some say . . . Read more » A long-cherished dream came true for Sher Bahadur Deuba when he was elected the 8th President of the Nepali Congress (NC) by the party’s 13th General Convention held in the capital on March 3-7. . . . Read more » 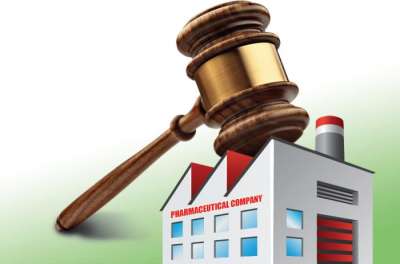 The pricing dispute of medicines has once again highlighted the drawbacks in the country’s market related laws and regulatory . . . Read more » Despite the historic relationship between Nepal and India, the two countries often face obstacles and impediments when it comes to bilateral trade and investment. Various tariff and non-tariff . . . Read more »

“For Huawei, affordability and the quality of products always go side-by-side” Established in 1987, the Chinese company Huawei has evolved to become a leader in the global mobility business. Competing with big Asian and western names in the global gadget arena, the . . . Read more » Ncell recently won the prestigious GSMA Global Mobile Awards 2016 in the Mobile in Emergency or Humanitarian Situations category. The award was handed out to the Nepali telecom giant and its partner . . . Read more »

Inspire Nepal 2016, Business Forum and Expo held in Kathmandu from March 10-12 has successfully concluded its first edition. The three-day event draw the attention of many as a platform for stake-holders and professionals . . . Read more »

Only a few universities in Nepal teach Business ethics as a part of their syllabus. Tribhuvan University and Pokhara University don’t have this in their MBA . . . Read more »

C is the New A

Once one reaches the C-suite, technical and functional expertise matters less than leadership skills and a strong grasp of business . . . Read more »

What you need to have in the end is a critical mass of real change leaders throughout the . . . Read more » Many of our sectors have failed to open up accounts on social media. While Coca Cola owns Youtube, Nepal’s business houses seem to be way back even with their Facebook . . . Read more »

The Multiple Use Water System (MUS) group is a network of organisations and individuals active since 2003 for rural and peri-urban people’s need of water for drinking, cooking, washing, sanitation, watering animals, growing food and generating . . . Read more »

Since its inception in Nepal in 2013, Kaymu, an e-commerce platform that connects buyers and sellers, has grown to become a large online shopping community in the country. The company has 1,000 active sellers more than 35,000 products registered in 150 plus categories on its website. . . . Read more »