Rumour has it that Kathmandu’s name is going to change. The word Kathmandu was originally derived from Kasthamandap, a Hindu style temple in the city that was destroyed by last year’s earthquake. Also destroyed in the earthquake, was the Dharahara or the Bhimsen . . . Read more »

Since this is the year of implementation of the new constitution promulgated in September last year, a new beginning should also start by revising the list of public holidays. . . . Read more » Death doesn’t make an announcement before it comes; it is often sudden and unexpected. But a death as unexpected and sudden as that of Sushil Koirala is rare, especially when one considers who he . . . Read more » It was very good news that the domestic pharma industry has managed to remain in good health despite the major earthquake and India’s unofficial blockade (cover story ‘The Health of Nepali Pharma Industry’, NBA, Feb 2016). Not only that they also showed prompt initiatives to the people in need through different CSR activities and ensuring smooth supply at fixed prices. . . . Read more »

Stakeholders have stressed on the need for committed efforts from all concerned for the development of Eastern Terai. Participating in an interaction held at Biratnagar on the topic “Nepal’s Development Issues and Nepal-India Relationship,” jointly organized by New Business Age Pvt. Ltd. and Aarthik Abhiyan Daily on February 10, the stakeholders alleged that the political leadership was indifferent towards the country’s development. . . . Read more »

The sole distributor of KTM bikes Hansraj Hulaschand has opened an exclusive outlet at Pulchowk, Lalitpur which was followed by second exclusive service centre at Jawalakhel. The brand new showroom will offer customers the exhilarating range of KTM bikes as well as KTM Power-wear . . . Read more »

The country’s second cable car system, the Thankot-Chandragiri line, is almost ready to take off. “If everything goes according to the plan the Nepali New Year (Baisakh 1) is going to be . . . Read more »

“We think we can do much better in Nepal” ​Dell recently organised the ‘Dell Nepal Future-Ready 2016’ event in Kathmandu where the company introduced new additions to its portfolio of commercial products in the country. Ahad Haq, . . . Read more » A least developed and sixteenth poorest country of the world as classified by HDR 2013, Nepal, a subsistence farming based economy, is still suffering from the legacy of a decade long conflict . . . Read more » Start-ups, small and medium business units and conglomerates – all are effusive in their use of the T-word: Team. Perhaps, not a single interview, meeting, business planning, target setting or . . . Read more »

“Biratnagar is the most industry-friendly city in Nepal” Active in the chamber movement for the last 16 years, Shiv Shankar Agrawal is President of Chamber of Industries Morang. Presiding over the plastic and stationery major, Saraswati Group, he is . . . Read more » 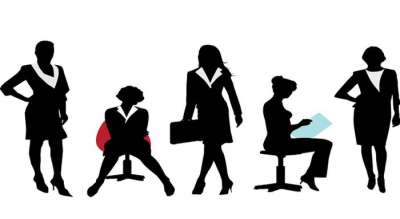 Ariana Huffington, Marissa Mayer, Sara Blakely, Sheryl Sandberg are successful business women whom we applaud and look forward to and indeed some of these women are my heroes. These women have . . . Read more »

The benchmark index scaled up further in the course of last month. Nepse index gained a staggering 67.41 points (or up 5.43%) to close at 1283.52. The index is moving well above the 50-day moving average (MA) and 200-day MA, indicating that the overall market outlook looks . . . Read more »

When suddenly there is a general strike called by any political party, people say that there is nothing left in Nepal to develop as all politicians and bureaucrats are corrupt. But nobody gives an objective analysis based on historical and present facts. . . . Read more » Nepal abounds in huge new market segments. But, so far, not much has been done. It's high time we analyse these sectors and start appropriate measures to harness this vast untapped potential to make . . . Read more »