Nepal Stock Exchange (NEPSE) launched its authorised mobile app on July 5. Finance Minister Dr Ram Sharan Mahat unveiled the app at a programme held at the ministry. The app has been produced jointly by NEPSE, the national daily Aarthik Abhiyan and Braindigit IT . . . Read more »

Hotels and resorts in the country can now participate in a campaign aimed at informing travellers around the world about the condition of their hotels. Drupartment Pvt. Ltd, an IT service provider for the hospitality industry, has started a service, ‘Nepal Hotel . . . Read more »

“Customer care is at the heart of our business” As a democratic country, what sort of economic policies should Nepal adopt? Shouldn’t the new constitution clearly define such policies? Can the proposed constitutional provisions concerning the . . . Read more »

Some Expert Suggestions on Draft Constitution

In a roundtable discussion on the draft constitution titled Economic Concerns in the Draft Constitution organised by Samriddhi, The Prosperity Foundation and Nepal Economic Forum (NEF) experts discussed the importance of having a sound economic stance along with social and development related issues in the . . . Read more » As a famous proverb goes, if wishes were horses, then beggars would ride. . . . Read more »

I like the cover story,Construction Industry Now (New Business Age, July 2015) by Akhilesh Tripathi. The article provided a lot of information on different aspects of the construction industry. The interviews in the piece were informative. . . . Read more » It had to come and so it did, gladdening some and saddening others. Those who got something from it were happy. Those who didn’t were not. The budget for many remained a pie in the sky. . . . Read more » Going by the number of articles kept in the constitution draft, one would assume that it’s a perfect and inclusive document, addressing the aspirations of all Nepalis. But that’s not the case. . . . Read more »

The government has prioritised the reconstruction of structures damaged by the April earthquake in its policies and programmes for the new fiscal year. The document, presented by President Ram Baran . . . Read more » In a day, at least one patient suffers from spine injury. In Nepal, the majority of the injuries are due to road traffic accidents and falls. The location of the injury dictates the functional . . . Read more » 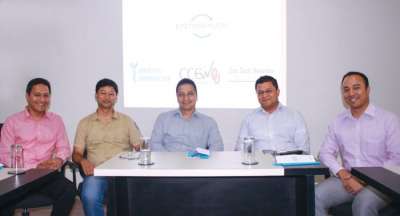 ​In a move to expand its business and client base, Everest Bank, one ofthe country's top commercial banks, recently issued debentures worth Rs 600 million. According to the bank the move has been . . . Read more »

Newa Lahanaa, Running in the Community

Humans are capitalist by nature. And yet humans are communal by instinct. Though world politics is divided between these two natural instincts, I was amazed to find them in perfect synchronicity at Newa Lahanaa: a community owned and run restaurant on Kirtipur heights. I was there to celebrate one of my friend’s . . . Read more » Businesses have their own nitty-gritties, policies, regulations, working culture, IT platform and work flow processes to suit the flavour of their business model. As a manager or a unit head in your . . . Read more »

Stay Alert from September 14 to October 14

In our article, “Millionaires don’t use astrology but billionaires do” written on March 31 2015 and published in the May, 2015 issue of New Business Age we forecasted that: . . . Read more »

“We consider this (the earthquake) as an opportunity” Bijay Rajbhandary is the Chairman/Managing Director of CE, a conglomerate of companies with investments in several sectors such as construction, real estate, engineering consultancy, industries, . . . Read more »

“Now people compare our products with Samsung and Apple”

Gionee Communication Equipment Co Ltd is a leading Chinese multinational manufacturing mobile phones. The company which launched its products in Nepal in September 2014 has been doing quite well in the Nepali market, given the fact that it hasn’t been even a year since it entered Nepal. . . . Read more »

Miloslav Stasek is the Ambassador of the Czech Republic to Nepal with residence in New Delhi. H.E. Stasek who is about to complete his five-year term as the envoy to the region recently visited Kathmandu to, among other things, say farewell to dignitaries of the Government of Nepal and visit the Czech Republic’s Honorary . . . Read more »

Mulchowk: A Fine Place to Dine Mulchowk means main courtyard. In the old days it would have been the inner sanctum of a neighbourhood or tole. A public place where traditionally people would gather to talk, hang out and leave . . . Read more »

In these times of sustainability, innovation and climate change, the approach to building Greenfield transmission lines demands careful attention to the minutest detail especially in the face of the . . . Read more »

Organisations, big and small, call for a show of hands at the next staff meeting for the question,“How many of you think that your graduate education helped you get this job?” Institutions, . . . Read more »

Accounting is one of the most important back office functions. It is more than just crunching numbers. As the financial backbone of the organization, they help people to conceive goals, plan how to achieve them and then take necessary steps. . . . Read more »

With people from across the world looking increasingly to enjoy the benefits of alternative health care systems, the Ayurvedic medicine business has attracted big new investors in recent times. The . . . Read more » 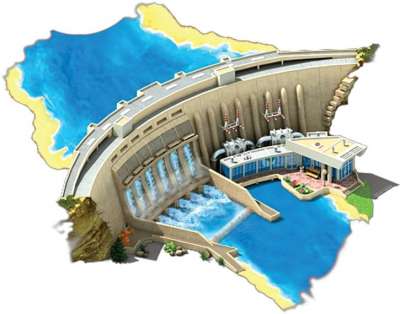 Maintaining and developing water resources requires significant public and private investment. Since resources are scarce, right investment decisions should be made from an economic point of view. . . . Read more » While gossiping over tea with some friends from banking and business, one of them joked, “Financial institutions have been enjoying all sorts of privileges like Jamindars (landlords) and in . . . Read more »