The latest volatility in the financial market prompted the government to form a high-level panel under the coordination of Nepal Rastra Bank’s deputy governor, which submitted its 58-points . . . Read more »

A Once-upon A Time Prime Minister Once upon a time, there was a Prime Minister of a country. He wanted to see, while he was still alive, what Heaven looked like. So, one day he went there and knocked on the door to Heaven. After . . . Read more » 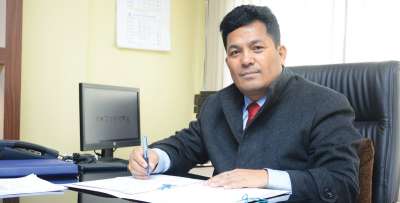 Nepal’s financial sector and the capital market have been facing several mounting challenges. There are a number of problems threatening the financial stability of the country such as the acute . . . Read more » Sameer Sharma, managing partner at the prominent law firm S.S Legal, wanted to pursue a career in music. “I never wanted to become a lawyer, I had other professions on my mind,” he says. Not many . . . Read more »

On New Year’s Day, Pokhara’s roads were brimming with tourists and locals alike. All the restaurants and cafés on Lakeside, the city’s tourist hub, were crowded, and the hustle and bustle of . . . Read more » There is a synchronicity to the nomenclature at Hotel Shangri-La, Kathmandu. The mythical land of Shangri-La, as outlined by author James Hilton in his seminal novel ‘Lost Horizon,’ is a . . . Read more »

‘No Logo: Taking Aim at the Brand Bullies’ is a book by the Canadian author Naomi Klein. The source of marketing to youth, Klein writes is the identity crises brands suffered when the baby boomers fell off the consumer spectrum. As the baby boomers moved into old age and many passed away, brands had to find new . . . Read more » It is a big misconception that the only way to correct Vaastu defects is by rebuilding or demolishing the existing structure. Also, it can’t be completely true that only some basic traditional . . . Read more » 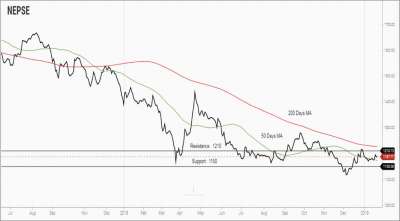 According to our shashtras (religious scriptures), Dharma (religion), Artha (wealth), Kaama (bodily desire) and Moksha (nirvana) are the ultimate goals for a Hindu person. So much has been written on . . . Read more »

Piaggio Vehicles Pvt Ltd, a subsidiary of Piaggio Italy, started its operations with the launch of the Ape in 1999 and has been manufacturing three-wheeler commercial vehicles from its plant in India. . . . Read more »

Animal husbandry in Nepal is undergoing the paradigm shift. Traditional husbandry is vanishing and western model of husbandry is gaining popularity in the country. Given the list of US Livestock production system (http://www.cast-science.org), demand for the forage crop like alfalfa, clover, silage, cereals like . . . Read more » Bayerische Motoren Werke, recognised worldwide by its prominent abbreviation, BMW, enjoys an extensive and illustrious standing in the annals of the automotive industry. The Munich-based manufacturer . . . Read more »

Through the Misty Mountains : Kishore Maharjan’s Thrilling Trip to Manang Kishore Maharjan, former CEO of Sunrise Bank Limited and Civil Bank is a travel enthusiast. He says travelling has always been a crucial part of his profession. Tamish Giri of New Business Age caught . . . Read more »

Management colleges and business institutions in Nepal are focusing on internship programmes to prepare fresh graduates for the job . . . Read more »

The Importance of Employee Engagement A conscious and consistent people management approach with empathy on top is necessary for effective HR . . . Read more »

The Fall and Rise of PCs

In 2010, with mobile devices on the ascendancy, experts had consigned traditional PCs to the scrap yard. Yet almost a decade on, PCs keep marching . . . Read more » The Advent of Ride Hailing Services Ride-hailing services in Kathmandu valley have become popular among the young working population. The rides are easy to find, quick to arrive and comfortable; a convenient way to commute through the . . . Read more » 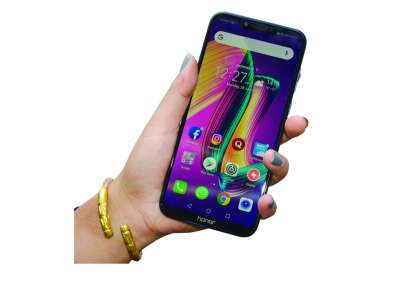 In 2013, Huawei, the Chinese tech behemoth, established its ‘Honor’ sub-brand, intending to cater to the mid-range clientele. Honor’s modus operandi is to provide affordable smartphones by . . . Read more »

Coca-Cola : The Brand that Opened Happiness

Consumers around the world can instantly identify the red and white logo of Coca-Cola. Few brands have succeeded in having such a strong rapport globally. In Nepal, the cold drink has been most . . . Read more » In just one and a half year of its successful merger, Mahalaxmi Bikas Bank has become a major player in the development banking sector. . . . Read more »

The Expanding Market of Lubricants The biggest names in the world and some home-grown brands have found Nepal the perfect field when it comes to automotive . . . Read more » On November 27, 2018, Prime Minister KP Sharma Oli launched the ambitious, contribution-based Social Security Fund (SSF) claiming it as the ‘beginning of a new era’ amid lavish fanfare. “It is . . . Read more » Two college friends Kishan Gurung and Niran Shrestha embarked on a journey to provide cheap coffee for everyone and break the stereotypical concept of coffee as a luxury drink in Nepal. Gurung, . . . Read more »

Oil Price Volatility and the Way Forward for Nepal Apparently, the Organization of Petroleum Exporting Countries (OPEC) has lost whatever control it had of the oil market. The actions (or tweets) of three men — US President Donald Trump , Russian . . . Read more » The price movements of some major commodities such as gold, silver and crude oil seem to have gained upward momentum due to uncertainty created by international macroeconomic headwinds. In the . . . Read more »