After years of exercise, India finally implemented the goods and services tax (GST) from July 1, this year. That too by amending its constitution in the middle of the night! Those who think that the issue of constitution amendment crops up in Nepal only now know that it happens in India as well. In . . . Read more » It is the responsibility of central banks the world over to give suggestions to the government regarding economic management, management of public debt and financial management. Preparing the . . . Read more » Will Nepal be able to hold all three levels of elections - local, provincial and federal - within January 21, 2018, as mandated by the new constitution promulgated in September 2015? This is one of . . . Read more »

The benchmark index gained 69.59 points (or up 4.44%) to close at 1629.08 last month. Events such as release of monetary policy and talks regarding online trading system were witnessed in the course of last month. . . . Read more » 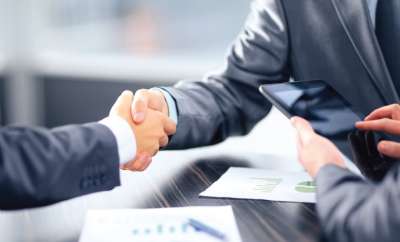 As the different elements of a Post 2015 Development gradually emerge there is at least one element that seems almost pre-ordained. That is, the private sector will have a feature role whether it . . . Read more »

“Change is inevitable” – there is no argument about it. The only thing is how it’s creeping into our lives. When we look around, we see changes have happened and are still happening. Perhaps, . . . Read more » Ace Institute of Management has won Best Business School Rating-Ranking Award-2017. The college was named the best among the business colleges from across the country amid an award ceremony organised . . . Read more » Business Advantage has bagged the 'Best Print Advertising Award'. The advertising agency was declared as the winner for its advertising design of Nabil Bank. The awards were presented on various . . . Read more » In 1859, Charles Darwin wrote a book titled, “On the Origin of Species.” The book talks about the famous Theory of Evolution which states that only the strong species will survive and evolve in . . . Read more » Creating an international brand never has been easy for Nepalis. But the dedication and hard work of this entrepreneur and his family has established an outdoor clothing brand that competes with the . . . Read more » Business has never been conducted in isolation. It is very much part and parcel of society and supplying its demands for products and services in the form of a commercial venture. But these demands . . . Read more »

In this candid and riveting memoir, for the first time ever, Nike founder and board chairman Phil Knight shares the inside story of the company’s early days as an intrepid start-up and its evolution into one of the world’s most iconic, game-changing, and profitable . . . Read more » Educational organisations are expected to shape students of the future and if we talk about professional education, in today’s context, the expectation is crystal clear. In fact, the vision for . . . Read more »

The young team of this startup call themselves ‘surprise planners’ who plan surprise events in an innovative way to leave people with a lifetime of memories to cherish. They promote creativity, . . . Read more »

Handicraft Tourism : A New Way to Connect Tourism and Tradition

In a modern world of automated and machine-made products, a handcrafted item intrigues anyone. Products made by hand each have a story of their own. Each crafted item, shaped, reshaped and mastered . . . Read more »

What’s a Company Worth?

You own a company, continuously adding new assets, working day and night, expanding to reach its limit and making it a customer favourite. The company yields you revenue, sufficient enough to cover . . . Read more » 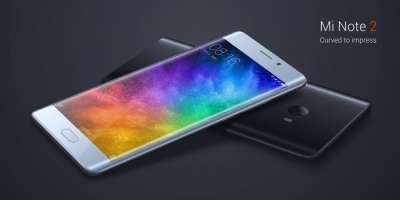 The Chinese smartphone major Xiaomi never gets tired of chasing perfections when it comes to build design and features of the devices. The Xiaomi Mi Note 2 is evident of this fact. It is a top-tier . . . Read more »

Everyone has a notch of happiness and glitter in their eyes when they stay at a five-star hotel like the Soaltee Crowne Plaza. But have we ever thought about the amazing food that they serve? Now Bao . . . Read more »

The Robust Business of FMCGs FMCG sector has championed the Nepali manufacturing establishment. Now with the right set of policies and an environment conducive to business, Nepali FMCG brands aim high to take on the . . . Read more »

With the growing income of the lower and middle class people, the market is growing. Many FMCG products are somewhat essential in nature, particularly the products with market brands. All FNCG companies in the country are doing very well. . . . Read more »

Hopefully, this award should encourage the institutions to do better but simply encouraging is not enough. B-schools of Nepal are still far from the standard that we need to achieve. Nobody is investing on this aspect. . . . Read more »

This is an event to honor the business schools that have been producing efficient future managers for our country. Nepal has immense resources, fertile lands, hardworking people and satisfactory level of financial capital. The only thing lacking is efficient management. . . . Read more »

This kind of event helps us to get updated with what is happening in Nepali colleges and how the management education is being looked upon by the business community. There are a lot to learn from the awarding process. I thank the organiser for coming up with such an innovative . . . Read more »

The award programme has helped to disseminate information about the educational institutions that have been providing management education in Nepal. The event has enabled us to know about the students that the institutions have been . . . Read more »

It was really difficult for us to select the best colleges. All participating colleges have different identities, are focused on different areas and have different priorities. So, selecting the best among them was a very tough job. . . . Read more »