Ace Institute of Management has won Best Business School Rating-Ranking Award-2017. The college was named the best among the business colleges from across the country amid an award ceremony organised by the New Business Age Pvt Ltd. While receiving the award, principal of Ace Institute Ashish Tiwari said that they stood out because of internal competition. "In Ace, we say we compete with ourselves and cooperate with others," he added.

Altogether 18 titles in eight different categories were awarded to various colleges amid a special function held in the capital on Friday, July 21. Educationalists and representatives of renowned colleges of Nepal were present in the function. It is the third edition of the awards ceremony organized by New Business Age.

The winner was selected by a panel of experts headed by engineer Kishore Thapa. Other members of the four-member jury were H R Society Chairman Kumar Joshi, managing director of Real Solution Shailendra Raj Giri and managing director of Jade Consult Bkesh Pradhananga. The jury looked after various aspects of the colleges before finalising the winners.

The jury’s coordinator Thapa said they decided the winner after various rounds of discussions and analysis.

“It was a real challenge for us to decide the winner within a limited time,” said Thapa, adding, “It will be better if the colleges ger pre-information about the criteria for selection from next edition onwards,” said Thapa.

During the occasion, chief guest Prof Dr Tirtha Khania, vice chancellor of Tribhuvan University, said that the award would act as an encouragement at a time when management colleges are gaining popularity in the country.

“There are lots of foreign students in TU. But the university has not been able to gain recognition in the international arena,” said Prof Khania, adding, “I hope the colleges having competition at the national level will emerge in the international scene in the future.” Kathmandu University School of Management (Kusom) had won the first two editions of the award in 2013 and 2014. According to the organiser, such kind of award was held to encourage business colleges and to stress on quality education. Everest Bank has been the sponsor for this awards ceremony since the first edition. The co-sponsor of the event was Oman Air while the media partners were ABC News and Edusanjal.com ‘Upcoming Budget will Focus on Minimizing Damages Caused by Covid-19’ 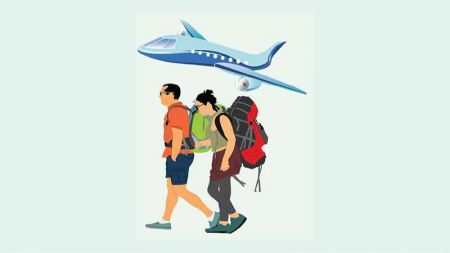