The high Himalayan range in Nepal’s north has always served as a natural barrier prompting the country to trade more across its flat border with India, but the latter’s current blockade against Nepal has forced it to explore the trade prospects with China and tackle the challenges that come in . . . Read more » There is no excuse for a stuck structure, and yet more and more of our medium and big organisations are stuck! The people, roles and way of working has ossified. All talk of redefining, . . . Read more »

or the first half of the month, the benchmark index moved sideways, hovering above its immediate support level of 1084. The index then reached a high level of 1109. However, for the second half of the month the index spiraled downwards, losing 48.03 points (or down . . . Read more »

To be very successful in life is a wish every single individual nurtures within. However, not everyone can be successful as one desires. Becoming successful is something that largely depends on many factors, the most significant ones being self-discipline, can-do attitude, will power, positive thinking, passion for work, perseverance, creativity and visionary . . . Read more »

Standard Chartered Bank Nepal has won the prestigious “Bank of the Year” award at The Banker Awards 2015. The award was announced at a grand gala dinner programme held at an award ceremony in London on December 2, a press release from the bank . . . Read more »

Y 6 E-Rickshaw manufactured by Terra Motors, Japan, has been introduced in Butwal. Green Lumbini Enterprise has started selling the three wheelers here. Y 6 is ideal for short distance journey and very much useful in this time of fuel crisis, claims the . . . Read more »

Finance Minister Bishnu Paudel has urged the Chief Customs Officer and staff of Bharirahawa Customs Office to be committed to the standardisation of customs office and the increase of . . . Read more »

The cover story Self-reliant Economy: Myth Vs Reality (NBA Nov 2015) was a timely read. Lately or early the issue ‘self-reliant economy’ was needed to be raised but I had not thought it would come like this. It seems to be almost impossible to be self-reliant but we can create an opportunity from it so that other countries can also be dependent on . . . Read more » Cement is a fine grained powder that, when mixed with water, turns into a solid. Because of its strength, cement is widely used for construction projects. It is simply a binder, which sets after it . . . Read more » 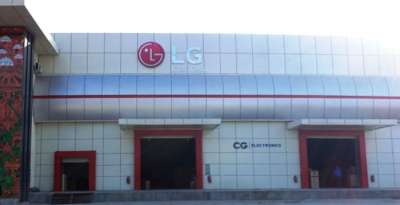 CG’s association with LG Electronics has spanned more than 25 years and the LG brand has enjoyed an upward growth trend of 25-30 percent per year over the past five years in . . . Read more » The bank has earned two distinct identities that differentiate BUDBL from other national level development banks. First, customer satisfaction has become not only a business model but a passion as . . . Read more » For years people have been using standard cast iron pipes along with GI pipes for transferring water but such pipes are prone to rusting and corrosion which may lead to many water-borne . . . Read more » The idea for a location finder app came to Anish Shrestha (one of the co-founders) after attending an event for startups. Making an app for food, or more specifically restaurants and the best . . . Read more »

Is Just-in-Time Manufacturing Your Cup of Tea ? A stitch in time saves nine. This common saying in English finds an echo in almost all languages, across countries and cultures. From the ancient Sanskrit invocation Shubhasya Sheeghram (sooner the . . . Read more » ​Dr Posh Raj Pandey is the Executive Chairman of South Asia Watch on Trade, Economics and Environment (SAWTEE), a consortium of South Asian NGOs, working to build capacity of stakeholders in the . . . Read more » Everyone of us agrees that financial inclusion is the prerequisite for inclusive growth.Inclusive growth in our terms is making sure that every Nepali is included in equitable growth. Financial . . . Read more » One of Nepal’s most eminent business leaders Banwarilal Mitaal passed away on Nov 25 at his residence in Kathmandu at the age of 79. He was a household name in the socio-economic domain of Nepali . . . Read more »

The Blockade and its Impact

Just months after two devastating earthquakes, Nepal is entangled in yet another spell of turbulence. With agitations in the Terai-Madhes region crossing the three month mark and the crisis that has . . . Read more »

The Blockade : Illusion and Reality It’s been more than two months since supply management was thrown out of gear in Nepal under the pretext of the Madhes agitation. This has completely exposed Nepal government’s management . . . Read more » Finally, the Nepalis have got something they were longing for over the past seven decades – a constitution written by their representatives. Similarly, they have got republicanism and federalism. . . . Read more » The Nepali economy is already in an economic slump and it may take more than a year to get out of it. There’s no need to explain that, even if the ongoing blockade along the Nepal-India border . . . Read more »