Hard work and innovation have been two of the key factors behind the success of one of the prominent women in the Nepali tech . . . Read more » On 24 February 2020, the then Foreign Affairs Minister Pradeep Kumar Gyawali met with his Latvian counterpart Edgars Rinkēvičs in Geneva, Switzerland, on the sidelines of the 43rd session of the . . . Read more » In 2019, Rita Ghalan, a resident of Bauddha, Kathmandu, noticed droplets of blood in the basin while brushing her teeth. She found that the blood came from her mother's mouth who was coughing . . . Read more » This promising startup aims to bring big changes in access to law and justice through the use of . . . Read more » The apex body of the Nepali private sector has launched a bold initiative to match 50 startups with 50 . . . Read more » The unsuccessful attempts made over the past two and a half decades to start the development of this project provide important lessons for other large hydropower projects in . . . Read more » As the force of the pandemic gets weaker, the prospects for the domestic food processing industry has become brighter with the demand for food products increasing . . . Read more »

SMEs: Trying to Survive and Getting Back to Business Nature Nepal, a beauty care items manufacturing company used to export around 50 percent of its products to international markets. But its major source of revenue dried up quickly after the outbreak . . . Read more »

Electric kitchen appliances are likely to dominate the Nepali kitchens soon as electricity-based cooking systems are comparatively cheaper than LPG fueled ones as the hope of reliable electricity . . . Read more » The government is asking the private sector and investors to invest in certain priority sectors with a promise that it would not seek the source of income for two years. While the government wants to . . . Read more » People involved in business need to be mindful of developments taking place around the globe- both threats as well as . . . Read more »

Nepal needs a new approach to foreign policy to make its presence felt on the global . . . Read more » 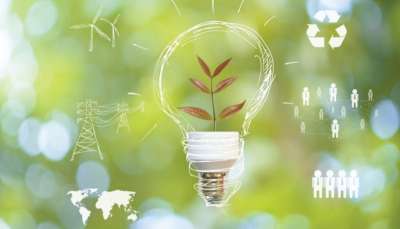 Countries around the world are making a mark in the realm of clean and green energy in an effort to contain and reverse the process of climate . . . Read more » International trade and commerce have undergone a monumental change over the past 18 months. While the situation has returned to normalcy in recent months as the pandemic . . . Read more » No sooner had the US announced USD 500 million in grants to Nepal under the Millennium Challenge Corporation (MCC) agreement, than the Nepalis divided into two sides and started hissing and growling . . . Read more » The Nepal Electricity Authority (NEA) is trying to sell electricity to Indian power companies stating that there is excess electricity in the country. On the other hand, many Nepali industries are . . . Read more »