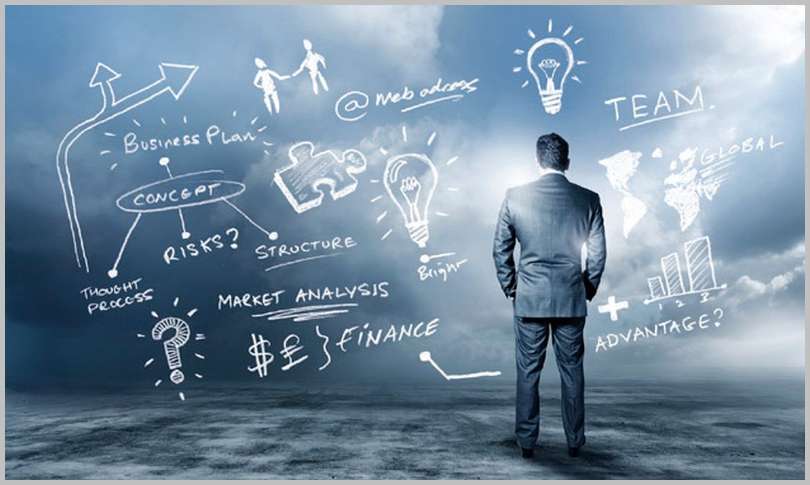 Over the last few decades we have observed businesses changing courses rapidly; some have gone bust while some have thrived or might have made a paradigm shift from their original shape. Those who had a sharp sense of evolving customer needs always remained at the forefront. Customer behaviour and needs have always played a pivotal role in the success of any business; be it manufacturing, trading activities, services industry, etc. Those who did not anticipate the changing customer needs have been left behind in the ever-growing competitive environment. Development in technology and digitisation has also galloped to an unimaginable height, easing the lives of consumers. In this context, an attempt is being made to dwell on a few business sectors in Nepal, analysing their evolution and the opportunities and challenges faced by the sectors.

Trading, Manufacturing & Export Sectors
We lagged seriously behind in setting up a manufacturing base in the country until the last few decades due to lack of a congenial investment climate, entrepreneurship, foreign investments, capital base in the country and inadequately capitalized banks with the overwhelmingly security-based lending approach.

Even after the restoration of multiparty democracy in 1990, there was no meaningful manufacturing base in the country other than a few government undertakings as a monopolistic presence; some of these entities later turned unfeasible and a few companies were sold under the privatization drive which did not turn into anything meaningful.

The country’s lack of cost competitiveness compared to its neighbouring countries, especially India, which by having direct access to our market, left Nepali businessmen hesitant to venture into industries although a few units were established with limited capital investment and at a relatively low capacity.

India, before economic liberalisation in the early 90s, had a very protective policy aimed at safeguarding its domestic business and foreign reserves. Stiff duties were being imposed on imports including industrial raw materials then, which was a boon to Nepali entrepreneurs, who took advantage of the porous border. It promoted an environment for trading of goods, particularly import from third countries and smuggling out to India.

A few assembly plants were established to take up the tax benefits. Production of readymade garments meant for export to the US became a sizeable business. Such businesses proliferated in the 90s taking advantage of the duty-free-quota-free (DFQF) facility provided by the US to the least developed countries. However, the garment business saw a major setback after the US abolished the DFQF system in 2005.

Post-Maoist insurgency and promulgation of the new constitution, there has been gradual progress in setting up manufacturing units in Nepal with increased capital formation, abundant banks with bolstered capital base, a largely liquidity flushed situation leading to the easy availability of credit, which are generally perceived to be the hallmarks of an investor-friendly climate.

Today, we are almost self-reliant in cement and steel bars, which are the major inputs for construction and infrastructure activities. Hydropower, which constitutes a priority sector of the economy, has also progressed well with capacity more than doubled in the last decade and we are now heading for surplus power during the wet season.

However, our cost of power generation appears to be high, which could impede export. So, electricity costs should be lowered for export-based manufacturing businesses, irrigation and farming. Foreign investment should be encouraged to set up industries, which will help substitute imports and create employment. Until we can compete on cost for cross-border export in a meaningful way we should encourage electricity consumption domestically to substitute import, lower cost of production and improve efficiency.

We have recently crossed the annual export mark of Rs 10 billion; no need to be proud of it though as more than half of the exports constitutes commodities such as soya bean, palm, vegetable oil, etc., which are imported, refined and exported to India, leveraging on the import duty arbitrage. History reveals that India is capable of making such business unfeasible in no time if they find it hurting their business interests.

There has been a major shift from trading to manufacturing business. Trading has largely been confined to goods for local consumption. Ironically, the hurdles created by the Covid-19 pandemic on imports from neighbouring countries have also given impetus to local production.

Although a lot more needs to be achieved, Nepal is now self-reliant on cement and also poised for exporting it, which may materialise should we ensure consistency and reliability of our products, showcase them and lobby effectively from all levels.

Of late, the government has rolled out policies aimed at incentivising value addition in business e.g. assembly versus import, backward integration, etc., which is expected to lower the cost of production and generate employment. Telecom Sector
Getting a telephone line used to be hard for middle-class families until the late 90s. Telephone tariff was high and making calls outside the Kathmandu Valley, categorised as Subscriber’s Trunk Dialing (STD) was even more costly. International Subscriber Dialing (ISD) was very expensive and people resorted to it only for the exchange of very important and urgent messages.

High radius cordless phone sets became trendy for some time, at a relatively higher cost. A couple of pager companies received licences and commenced their operation at a huge investment outlay. With the introduction of mobile phone services in 1999 by Nepal Telecom (NTC) this business too quickly turned unfeasible.

The emergence of the internet in the early 2000s and the advent of 3G and 4G networks has enabled telecom services to be more efficient and affordable. Likewise, the development in voice, data, etc., made a marked improvement in the field of communication.

The Telecom sector is regulated under the regulatory body, Nepal Telecommunication Authority (NTA), which brings policies to suit the development of the telecom sector in Nepal. Other than issuing licences and setting tariffs, it controls the bandwidth, which is auctioned and awarded through a competitive bidding process from time to time.

There is a high entry barrier in the telecom sector due to limited licences issued, high royalty fees and huge investment outlay required for the infrastructure and market penetration. However, not every licence holder has done well except for Nepal Telecom and Ncell so far.

Telex and fax services, which were once the only electronic form of communication, may sound unfamiliar to the new generation. Public call offices (PCOs) and post offices have become virtually redundant. Mobile phones and internet services have emerged as the thriving businesses of today.

Virtual meetings with people in any part of the world through platforms such as Zoom, Microsoft and Google have made it possible to communicate in real-time and helped cut down huge travel costs. We should still expect to see many miraculous innovations and offerings coming our way. There has also been an enormous growth in the telecom sector and entry of competition has largely benefited consumers like us.

While the Telecom sector offers tremendous business opportunities it poses huge risks and challenges as well due to rapid technological changes bringing to the table superior solutions at more economical terms day by day. Telecom business patterns, prevalent a decade ago, have been radically changed and replaced by data services and other packages. Business Transformation and Way Forward
There are many products and services that either became extinct or went through transformation. Typewriters became obsolete with the emergence of the personal computer. Kodak Film became redundant with the entry of digital photography. The mobile phone itself has taken over the job of an expensive high-resolution camera these days.

Issuance of traveller’s cheques (TCs) used to be a lucrative business in the past, providing safety and security for travellers who also kept unused TCs for their next holiday trips, thus accruing a good float income for TC issuing companies in those days when the interest rate regime was relatively high. As the interest rates fell substantially, TC business became unfeasible and was substituted by credit cards, etc.

Telex and fax may be unfamiliar to this generation, which was one of the most reliable sources of communication at one point in time.

Discontinuation of load shedding of power, which we never imagined would happen so abruptly, brought a stop to those involved in the import of batteries, inverters and even solar panels. Meanwhile, the government is contemplating incentivizing people to use induction stoves to cut down on the usage of cooking gas.

The country reeled under the Maoist insurgency for more than a decade which affected the tourism industry. Five-star hotels targeting service quality tourists suffered a lot. Many mid-sized hotels were either shut or turned into malls, commercial complexes, apartments, etc., as a survival measure.

The saga of the construction of the Melamchi Drinking Water Supply Project is yet to be concluded. Had the massive flood not impacted the project, the inhabitants of the Kathmandu valley would have had some respite in getting a more reliable drinking water supply. This would have likely ruined many so-called mineral water businesses though.

Electric-powered vehicles are gradually taking the place of the fossil fuel-run vehicles. The establishment of a metro train or any organised public transport service could cut down the number of private vehicles such as cars and motorcycles, etc.

The Rara Lake area could emerge as an alternative tourist destination (including domestic) apart from Pokhara, which is getting crowded and relatively polluted as well, if we can establish the required infrastructure, provide easy access and comfortable stay for all classes of visitors.

With global resistance rising against fossil fuels such as coal on account of greenhouse gas emissions leading to global warming, there is a likelihood of demand surging for clean energy in the future. Our neighbouring countries are currently witnessing an energy crisis on account of their coal mines drying up. Maybe Nepal should capitalise on this situation to offer alternative power sources to China besides India and Bangladesh. The improvement in transmission lines and road access to suburban localities should also help gradually lower our cost of power generation thereby improving our competitiveness.

People involved in business need to be mindful of developments taking place around the globe- both threats as well as opportunities. We need to constantly look at avenues to improve the way we do things by being innovative and replicating the best practices adopted elsewhere. Transformation is inevitable, and we need to embrace change and take bold steps to thrive in this highly competitive environment.

(Giri is a banker with over three decades of experience. With SCB Nepal for nearly 25 years, he also worked at Kumari Bank Ltd for 6 years as Deputy CEO. He can be reached at [email protected]).