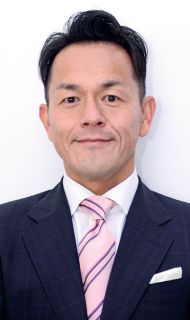 Since 2004 the Japanese automobile brand Subaru has been selling some of its globally renowned vehicles in the country including the Forester and XV Crosstrek. Part of the multi-national Japanese aerospace and transportation company Fuji Heavy Industries, Subaru is well known for using Horizontally Opposed Boxer Engine technology in its vehicles. Shinichi Kurokawa, Deputy General Manager, Asia Sales and Marketing Section, Asia Business Department, Subaru Overseas Sales and Marketing Division 2 was recently in Nepal for a business trip. New Business Age caught up with him to talk about, among other things, Subaru’s plans in Nepal, the current market situation and the technology behind its cars. Excerpts:

How do you assess Subaru’s performance in the Nepali market? Who are your target customers here?
Considering that we have only two models, the Forester and XV Crosstrek, in the niche market, we are doing pretty well. Subaru was able to sell only 12 cars last year due to the unfortunate post-earthquake events. But this year Subaru has already sold 18 units and there are many pending car orders. Our target customers are young entrepreneurs aged 35- 45 and foreign diplomatic missions in Nepal. If you look at the profile of our customers here, they are usually the ones who have very good knowledge about automobiles. Similarly, embassies of India, China, Israel and Japan also have bought four-wheelers from Subaru. Despite the fewer car models being sold here, Subaru is doing quite well in the Nepali market. But there is still a lot of scope for growth. In the next five years I see a lot of changes in the Nepali market.

What are the best selling Subaru vehicles in Nepal?
Among the two Subaru models available in Nepal, XV Crosstrek is performing relatively well here.  Meanwhile, sales of our global Subaru best-seller Forester is also picking up but not as the XV Crosstrek due to the road conditions.

Subaru has been using the Horizontally Opposed Boxer Engine technology in its vehicles. What does this type of engine offer?
The key benefit of Subaru’s Horizontally Opposed Boxer Engine layout is not about its power output but its contribution to the vehicle's handling, stability and as a result, safety. The company has chosen this engine firstly, because the cylinders in engine technology lay on their sides and the overall height of the engine is significantly lower especially when compared to the more normal inline engine where all the pistons move in the same direction in a north-south configuration. This results in a low centre of gravity that has very significant advantages in terms of the vehicle's handling and stability, by helping to keep the tyres more firmly on the road surface as a result of a lower level of weight transfer from the inside wheel to the outside wheel when cornering. This not only contributes to the lightness of the engine but also means a freer reviving more responsive engine. Both of these factors attribute in bringing improvements in vehicle active safety through improved drive ability.

How is Subaru positioned globally?
Globally our market share is close to one percent. In markets like Australia and USA we have three to four percent of the market share. Like every player in the automobile market, we want good profits. Nevertheless, our target is not only to expand and sell more cars but to deliver good customer services. This ensures a high level of customer loyalty.

Why does Subaru have fewer models of vehicles in its portfolio in Nepal compared to other cars and SUV brands?
As I earlier mentioned, our target is not expanding and selling more in terms of numbers. That is one of the reasons why we have fewer models of vehicles in our portfolio in the Nepali market. I believe that having limited cars means having a good balance. An increased car lineup will require more development and increased development is difficult to balance.

Are there any plans to launch new models in Nepal?
We are planning to launch the new generation Impreza in the Nepali market in 2017. We have expansion plans after the Impreza launch next year.