Both of the top regulators of the economy - Ministry of Finance and Nepal Rastra Bank – brought out the mid-term review of their respective policies and made some changes in the middle of February. . . . Read more » The biggest hurdle is, however, the politicians' intent to hold the elections. Among the major political parties, only the CPN-UML seems to be ready to hold the polls at the earliest as 'public mood' . . . Read more »

“Our products come with features of future prospects”

Started in 1865 as a manufacturer of porcelain dishes, the France-based company Legrand is among the world’s largest electric switch and socket makers. . . . Read more »

“Konica Minolta has the best photocopier and printing solutions”

​Established as a piano and reed organ maker in 1887 in Hamamatsu city, Japanese multinational industrial conglomerate Yamaha Corporation is among the world’s largest . . . Read more »

Is Real Estate a Trading Item? Real estate refers to immovable property such as land, house or any type of building or infrastructure used for either residential, business or other purposes. Real estate is an asset with limited . . . Read more » This rating is undertaken on the basis of available public documents and research with a detailed survey done on the basis of the "Kathmandu Rating Standards". The standards were developed after . . . Read more »

Is Leadership Different from Management? 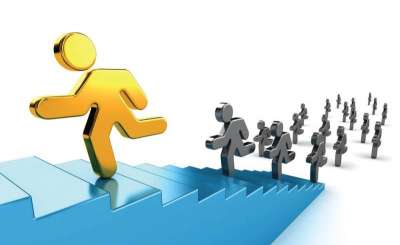 A debate has been persisting, if leadership is different from management. It is indeed different but not for the reasons most people think. John P Kotter had elaborated this debate in his leadership . . . Read more »

A moment of crisis is integral to any business enterprise. Irrespective of quality of management a crisis is likely to happen at an average frequency of 5-7 years from the start of an operation. These crises can be attributed to external or internal factors or a combination of . . . Read more » Established in 1993, Coolpad is part of a long list of major Chinese smartphone manufacturers. The Shenzhen-based company is considered to be one of the principle pioneers . . . Read more » More than 100 private companies in Nepal are active in the hydropower sector at present. Shailendra Guragain was recently elected as the chairman of Independent Power Producers Association Nepal . . . Read more » Established in 1990, Association of Pharmaceutical Producers of Nepal (APPO) is the representative body of 50 Nepali pharmaceutical companies. Among them 37 are WHO-GMP . . . Read more » “It is very important for people to dream a little bigger,” says Ajit Bikram Shah, Director and CEO of Lotus Holdings. Lotus Holdings is a venture capital enterprise working in the area of . . . Read more » The Nepal-India power cooperation started decades ago. Since the construction of the 1MW Fewa 1 hydropower project, the first hydropower project with Indian assistance, in the late sixies, the two . . . Read more » Being the only member from Nepal in the Global Alliance for Banking Values (GABV), NMB Bank, a joint venture of the Dutch development bank FMO, is hosting the 9th GABV 2017 conference in Nepal on . . . Read more » The business of food has gained noticeable momentum over the past few decades and the number of people joining the business has grown significantly. The increasing spending capacity of Nepalis has . . . Read more » The rise of designer wear in Nepal over the past decade has been nothing less than meteoric. With Nepalis earning more, the demand for high-end fashion has soared and a number of boutiques are taking . . . Read more »

The benchmark index took a bearish ride at the beginning of last month, dropping as low as 1252.5 level. In the course of the month, Nepse lost a staggering 104.99 points (or down -6.93%) to close at 1357.57. Uncertain political environment and higher fixed deposit rate by the banks continues to create bearish sentiment in the . . . Read more »

Buyology : Truth and Lies About Why We Buy

With the obvious pun in the title, Martin Lindstom’s study on our buying habits, ‘Buyology: Truth and Lies About Why We Buy’, sets out to reweigh and reexamine the pulling power that products have on us and why we buy . . . Read more » Lazimpat’s Uttar Dhoka has always been a fashionable spot for restaurants. Here, they are unapologetically sharp and classy. Green Leaves, a newly opened restaurant in this area has utilised an . . . Read more » Nepal which used to be mostly dependent on the import of iron and steel construction materials over a decade ago now seems to be on the way to become self-sufficient in such products. Steel bars, . . . Read more »

The industrialisation of Nepal gained momentum after the political changes in 1990. The liberal and open market policies helped the industries to grow. Nevertheless, the Maoist insurgency put a major roadblock in the pace of the country’s . . . Read more »

The Nepali tourism sector, after numerous setbacks, has been showing encouraging signs of recovery. The opening of new hotels and tourist destinations across the country has, by all accounts, ushered . . . Read more »

While the general waste management business has gained impetus in recent years, little effort has been made to manage waste in the healthcare sector. However, with increasing awareness about the hazardous effects of biomedical . . . Read more »