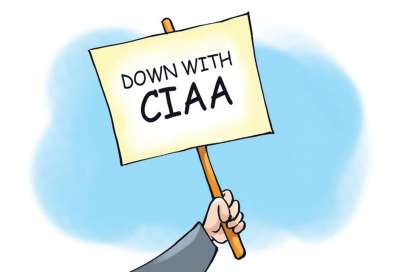 This is the time to say “Down with the CIAA”. This is not just a demand for the abolition of this anti-graft body. It is also the reason for such a demand. The entire Nepali economy as well as the entire institutional superstructure of democracy based on political parties are going “down with . . . Read more » The government had back in May declared that Nepal will achieve an economic growth rate of 6.5 per cent this year. Everyone said it was not possible. It would be great if the growth rate which was . . . Read more » CIAA Chief Lokman Singh Karki is a peculiar character. It is not easy to understand him. He ignores the Supreme Court (SC) and its notices served on him as if the apex court means nothing to him. . . . Read more »

The benchmark index climbed up during the first half of last month. However, it took a U-turn during the second half of the month, indicating a bearish presence in the market. The index lost 7.2 points (or down 0.34%) last month to close at 1759.71. . . . Read more »

“We have the best tools for top-end cyber security”

“Safety and the efficiency of products are our top priorities”

Alma Medical Pvt Ltd, the Asian subsidiary of Israel-based Alma Lasers recently announced the opening of its marketing operations in Nepal at a function in Kathmandu. Alma Lasers is a producer of various products . . . Read more »

This year’s Nobel Prize in Economics was awarded jointly to economists Dr Oliver Simon D’Arcy Hart and Dr Bengt Holström for their contributions to the development of Contracts Theory. Dr Hart is a British-American who teaches Economics at . . . Read more » 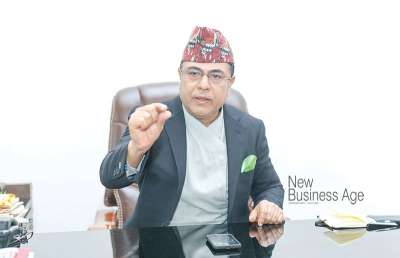 Nepal Rastra Bank (NRB) received both praise and criticism from various quarters for the Monetary Policy of FY 2016/17. Nevertheless, Dr Chiranjibi Nepal, Governor of NRB is quite hopeful about the . . . Read more »

Indian restaurants have become popular eateries for Nepali restaurant goers over the years. And a restaurant located at Pulchowk, Lalitpur has fast become a centre of attraction among Indian food . . . Read more »

The authors of this book point out that while every employee is different, many leaders use a one-size-fits-all approach to leading. Aside from failing to maximise each employee's potential, this approach leads to . . . Read more » 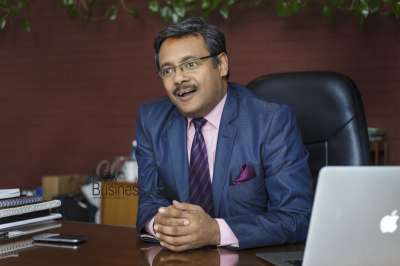 Soaltee Crowne Plaza Kathmandu won an international award and also received a national recognition in less than a week in late September. The hotel bagged “Most Preferred Destination for Business . . . Read more »

“HTC handsets are best in every aspect of technology” HTC recently announced its market foray into Nepal with the launch of five Desire series phones. The entry of the Taiwanese smartphone brand comes at a time when many major global and regional . . . Read more »

As our global economy continues to grow, by 2030 the planet will be home to nearly nine billion people, including three billion middle-class consumers in the developing countries,the challenges of meeting this increasing demand for products and services will be . . . Read more »

Why NEWS in Advertising? The education sector has become a lucrative avenue for investment in recent years as the number of educational institutions is on the rise yearly. Nonetheless, it is also equally important to run . . . Read more »

More Than Meets the Eye

Using celebrities to endorse brands and products is increasing day by day in Nepal. Popular faces are being extensively used to promote a vast variety of products and services at . . . Read more »

With the home décor market flooded with readymade goods, it has become quite difficult for buyers to find customised household and decorative items. However, a startup has come up with tailor-made . . . Read more »

Despite the country’s struggling business environment, the Bhairahawa-based Siddhartha Group is looking to expand its businesses. A leading industrial conglomerate, the Group is introducing a new . . . Read more » Badly affected by last year’s twin shocks that came in the form of the April and May earthquakes and India's border blockade, the Nepali automobile market is in recent months recovering in a fast . . . Read more »