What will a rational homo Economicus do when spotting a Rs 1000 note lying on the pavement? He will not pick it up! Because, he thinks, that note is a fake. Had it been a real note, somebody else who might have happened to notice it earlier, would have already picked it up. . . . Read more »

Who says Nepalis are Poor? Everybody says that Nepal is a poor country and Nepalis are poor people. Social scientists and development experts cite various data and statistics to prove that. The stories of Nepalis’ poverty . . . Read more » 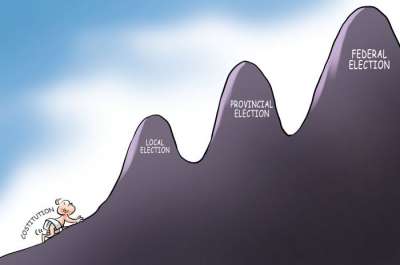 Can Nepal hold three elections – local, provincial and federal – within the next 16 months or by December 2017 as envisaged in the new constitution? This is one of the biggest questions facing . . . Read more »

The benchmark index went through high volatility last month. The index lost a staggering 147.31 points (or down -7.72%) to close at 1730.62. Nepse lost 202.02 points during the first half of the month. The index hit a negative, as well as positive circuit break during the middle of the month, as nervousness became apparent in the market. . . . Read more »

Japanese multinational construction equipment maker Komatsu has been present in the Nepali market spanning a period of nearly three decades. The world’s second largest heavy equipment manufacturer which has been selling a wide range of machines through its Nepali . . . Read more »

​Godrej Appliances, a part of the Mumbai-based Indian conglomerate Godrej Group, is among the most trusted home appliances brands in India. Established in 1958, the company has a product portfolio comprising of refrigerators, washing . . . Read more »

While artists want the audience to buy their work so that they can make money, the audience would rather spend the money on chicken for . . . Read more » Pawan G Agarwal is an international motivational speaker, author, educationist, business consultant and a successful entrepreneur. He has done his PhD on ‘Mumbai Dabbawalas’ and has delivered . . . Read more »

Standing the Test of Time With counterfeit watches almost passing off for the real thing, buyers of the genuine article may have to incorporate the old saying ‘watch what you wear’ in their hunt for a branded . . . Read more »

“Colors and Gionee are well positioned in the market” 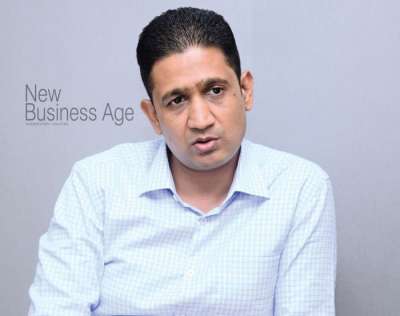 Islington College has gradually become one of the top destinations for students. But it was only because of the dedication and astuteness of one man's dream to empower the country's . . . Read more »

Freakonomics: A Rogue Economist Explores the Hidden Side of Everything

This is the kind of book on economics that you won’t put down. In it self-styled rogue economist Steven D. Levitt and award winning author and American journalist Stephen J. Dubner show how the nature of economics in the modern world works . . . Read more » With the latest addition P9, Huawei has emerged as a major flagship threat to its main competitors in terms of feature, design, camera along with other hardware at competitive price . . . Read more »

Bhojan Griha: A House of Feasts

Centrally located off a side street in Dillibazaar, Bhojan Griha, an old palace-turned restaurant, is a unique and dream-like place where foodies can eat a range of authentic organic Nepali . . . Read more »

A Role Model of Customer Service

Guaranteed to be on time is a slogan used by many. But for Mumbai’s Dabbawalas, it is more than just a promise. It’s a . . . Read more »

Why Shakespeare’s Henry V is Relevant in Today’s Leadership

Quite sometime back I had written an article on “Why Shakespeare is still relevant in today’s business”. I must confess that I was deeply influenced by Prof Richard Oliver, during my sojourn at Oxford University on an academic course. . . . Read more » Sustainable Tourism simply means: “Tourism which is developed and maintained in such a manner and at such a scale that it remains viable over an indefinite period and does not degrade or alter the . . . Read more » 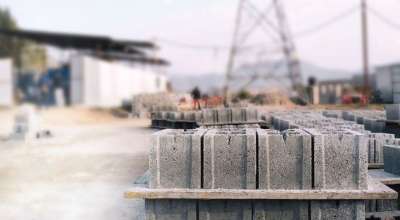 One company’s desire to change the age-old Nepali brick building scene comes across as being more than just a mission. It’s a breath of fresh . . . Read more »

Ever wonder what a set-top box is? Well it’s time to find out since you soon have to say goodbye to analogue as Digital TV takes . . . Read more » 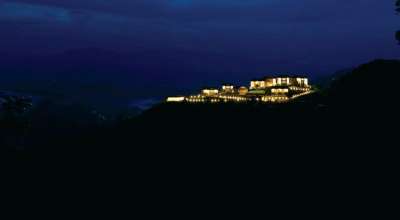 With breathtaking panoramic views of the Annapurna Himalaya range along with Rupa and Begnas lakes, Rupakot Resort is spectacularly located on a high ridge approximately an hour’s drive from . . . Read more » ‘Change’ has become an overhyped buzzword in Nepal with the country going through various political and social changes over the past few decades. And these changes have so far failed to translate . . . Read more » Chiranjilal Agrawal has played a big role in bringing Nepali industries in general and his family’s own MC (Madanlal-Chiranjilal) Group of Companies to today’s position. He worked continuously to . . . Read more »

It is no secret in today’s world that it is the business community and the entrepreneurs who move the countries ahead. The government must act not as a doer but as facilitator, a promoter and motivator. We need to convey this message not only within the country . . . Read more »

Nepal still lacks a sound business environment as the country is passing through difficult times. Despite this, we have been able to move forward with our hopes latched onto the economy and the . . . Read more »

I express my sincere gratitude towards New Business Age for the award. This has encouraged me to become more active. Our group has been active across multiple business sectors for the last 97 years. . . . Read more »

The programme was very effective and inspirational. All the sessions and especially the panel discussion gave a positive message that there are immense business opportunities in Nepal. . . . Read more »