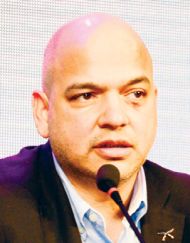 Nepal still lacks a sound business environment as the country is passing through difficult times.  Despite this, we have been able to move forward with our hopes latched onto the economy and the people, since we do not have other alternatives. Let's not focus on what has happened recently. We have already come out of a decade long conflict. Nepal has been politically unstable with many governments changing hands over short intervals.

Nepali industries and businesses are facing widespread labour related problems at present. With all these hurdles, nevertheless, our economy is growing by three to four percent annually, averaging the international level. This is largely due to the strong effect our entrepreneurs have had on the country. Though the economy seems to be very weak, there is no need to worry after evaluating the basic economic parameters. For example, infrastructures were destroyed by the earthquake. But the construction business went into a ‘boom’ mode last year. Industries including cement and steel have grown significantly. It indicates that we have the ability to overcome our difficulties within a short period. All we need is a business friendly environment.

Despite the many political changes in the country, no government took the agenda of economic development seriously. It is the government’s responsibility to formulate and implement appropriate policies to generate employment, promote export by developing the productive sector so as to reduce the trade deficit. Nevertheless, with none of these things happening in the country, many youths have fled the country. It is an irony that our government and political leadership are largely indifferent to the fact that remittance is driving the country’s economy.  The government has been nonchalant as remittance has swelled the forex reserve. We are gradually failing due to the mentality of those who run the government. We need to end this and begin a new start proactively. 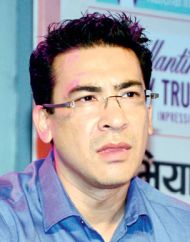 Our peace process has become an example for the rest of the world. It definitely took us a long time to resolve the conflict. Now, all we need is stability. The policies should not change with the changing governments. This has largely discouraged investment. The next big challenge is to generate employment for around 60 percent of the total population which is under 32 years of age.  It is not the time for us to just wait and see nor is a time to look backwards.  We have to start working from today for a better tomorrow. If we can move forward like this, we can tackle the challenges while also harnessing the opportunities in the future.

Hydropower is the most important foundation for Nepal’s economic prosperity. It is the duty of the government to create a favourable environment so that projects can be financed by formulating effective laws and adopting a system that promotes domestic as well as foreign investment. The system of having power purchase agreements (PPA) at dual rates, one for the private sector and another for state-owned companies must be stopped.

When it comes to business, we, who are on this dais now, all are competitors, but we are very good friends as well.  Except for some exceptional cases, we have maintained transparency and ethical business practices. But we cannot see this in our country's politics. In a democratic system, change in government is acceptable but stable policies are necessary. Political stability and sustainability are essential for the quantitative economic development of the country. The problems have come due to the lack of stable policies. 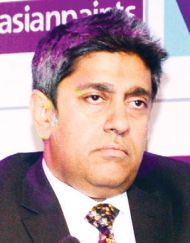 The private sector needs to be acknowledged more.  There is a serious lack of realisation of how much contribution the private sector is and has been making for the country’s prosperity. Investment looks for political stability in order to foster and grow. It demands clear policies. The government first started discussions about the single window policy 35 years ago. After three and a half decades, we are still facing similar problems. It has made it harder for entrepreneurs to do business and hampered investment growth in hydroelectricity projects. The economy needs to be transformed into an export-oriented one from the current import-based one. We need to focus on such areas and products that can establish Nepali brands internationally. Likewise, we need to focus on the quantitative development of sectors such as agriculture and hydropower which carry high potential. We should also promote products with unique identities that can add value.

For smoother economic transition to happen, a change in the general perception about the private sector, investment and profit making is required. It has to change from the top level of government all the way to the bottom level. We can learn from the history of different countries. We have to change this narrow-minded viewpoint. We have a too strong dependence on revenue generated from rent. That is, generating income through interest, trading and collecting customs revenue. We do not look at working and investing in the productive sectors. Up until now, our mindset has been confined to trade and import and increasing value added tax. It is essential to invest in the productive sectors in a bid to increase the economic capabilities of the country.

The domestic market is littered with products of numerous foreign brands. But where are the Nepali brands? We talk so much about the trade deficit, 40 percent of which is due to the import of fuel and cooking gas. Energy security translates into national security in our context. We need to be totally dependent upon our hydropower in order to maintain our country’s sovereignty. It is essential to develop and introduce modern technologies to tap the hydropower potential.

Nepal is the most lucrative in terms of hydropower in the South Asian region. However, many investors and venture capitalists have invested in the energy sector in other parts of the region. We have largely failed to harness the immense energy potential our rivers possess. The government lacks any thought or the ability to formulate any concrete strategy to attract investments. We can end up into the days when we have to depend on others for our very survival. 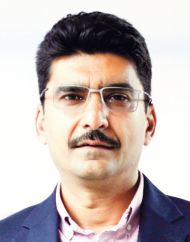 We have a problem in our attitude in that we think earning a profit is a bad thing. It is this kind of thinking which is hindering the growth of entrepreneurship in our country.

It is very important to encourage entrepreneurs and entrepreneurship. The government needs to understand the fact that it cannot complete projects of long-term importance on its own. It is essential to develop entrepreneurship and private sector investment in order to achieve higher growth rates.

The recently introduced Public-Private-Partnership (PPP) policy has accepted profit as the prime factor to attract private sector in infrastructure development. Therefore, it can be understood that the government has finally adopted profit as an element of entrepreneurship development and healthy competition. If the subject matters covered by the policy are implemented effectively, there will be no reason to equate profit making with profiteering in the future. 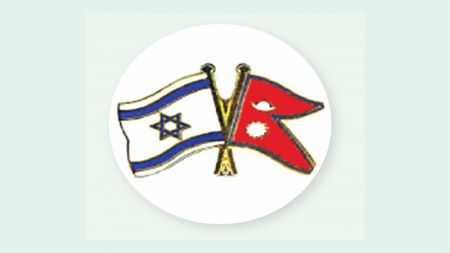