Former Finance Minister and Nepali Congress leader Dr Ram Sharan Mahat’s new book, ‘Trials, Tremors and Hopes’, has recently hit the bookstands. In the book, Mahat, who was one of the key players to lead the first generation of reforms in the . . . Read more » There are multiple, often conflicting theories regarding the origin of the sumptuous dish known now as Biryani. And while there isn’t a universally agreed-upon consensus regarding its conception . . . Read more » Ajaya Bikram Shah, CEO of Laxmi Bank is a travel enthusiast. He says he is fond of hiking and trekkingand has a long bucket list of destinationshe wants to explore in his lifetime. . . . Read more »

SUBARU FORESTER : A Beauty and A Beast The Forester, much like other vehicles in the Subaru stable, is immediately recognisable. Subaru has crafted a unique identity over the years, and that identity is reflected in the all-new 2019 . . . Read more » There is a quiet confidence to Yogendra Man Sakya that permeates the air. His carefully chosen words have a sense of profundity and wisdom to them. It’s not something one can fabricate on a whim, . . . Read more » Though management colleges are producing graduates every year, there remains a large human resource gap in the job market. Banks, business houses as well as development agencies are constantly on the . . . Read more » Logistics is an important aspect of any business, be it a big business group or a modest shop. Many goods and products such as furniture, gas, milk, hardware, etc. are being continuously transferred . . . Read more » 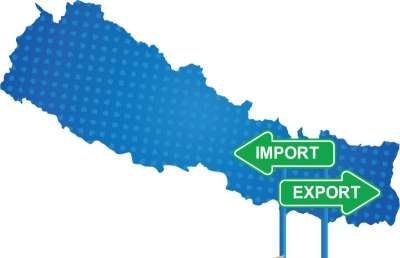 The visual appeal of food is an important aspect all over the world, including Nepal. Customers care a great deal about the flavour, moisture, and appearance of the . . . Read more »

How MSMEs Hold the Key to Future Growth in Emerging Markets The MSME (micro, small and medium enterprises) sector plays a significant role in the growth of the emerging market economies especially in the SAARC region. Not only does it aim to increase the . . . Read more » Anheuser-Busch (AB) InBev, a Belgium-Brazilian conglomerate, is one of the largest global drinks and brewing company which owns some of the best beer brands in the world such as Budweiser, Corona and . . . Read more »

“Our focus will be on introducing new and innovative products”

Founded in 1960, Atlas Copco India is a manufacturer of equipment used for construction. A part of Atlas Copco Group that was established in 1873, in Stockholm, Sweden, the company provides compressed air and vacuum equipment, industrial power tools and construction and mining . . . Read more »

Performance of VAT in Nepal 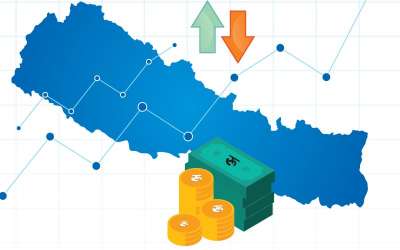 Value Added Tax (VAT), one of the major components of indirect tax, was introduced in Nepal as part of the national tax reform on November 16, 1997 with an objective to increase revenue mobilisation . . . Read more » The Himalayan country is currently witnessing attempts made by women to break through the corporate and entrepreneurial glass ceiling to become master of their own destiny which was elusive for them . . . Read more »

When I say ‘Nijgadh's alternatives’ please understand what I actually mean by this- not the place but an alternative to the proposed Nijgadh International Airport . . . Read more » Nepal starts the New Year with the launch of the Visit Nepal (VN) 2020 campaign. The government has set an ambitious target of hosting two million tourists during the campaign year. After Visit Nepal . . . Read more » Amid growing disappointment among the victims of the decade-long Maoist insurgency, Co-chair of Nepal Communist Party, Pushpa Kamal Dahal on September 26, said he was committed to taking the . . . Read more »

When I got hold of a copy of Dr Ram Sharan Mahat’s new book Trials, Tremors, and Hope – The Political Economy of Contemporary Nepal, I immediately went to the bookshelf and pulled out his last book in Defense of Democracy – Dynamics and Fault Lines of Nepal’s Political . . . Read more »