Can We Enlarge the Choices for the People? 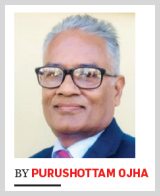 The changes in the political system at the dawn of the 1990s ushered in a new policy regime that turned into divesting the public resources to the lower level of government on one side and opened opportunities for the private sector to be engaged in the provision of goods and services on the other. The government and the parliament brought out legislations in the form of acts, rules, regulations and guidelines to regulate the forces of the market. Some of the public enterprises that were sapping up enormous amounts of government resources and spewing lower outputs were privatised, divested or closed in order to create a level playing ground for the private industries that were supposed to thrive in a competitive environment. Statistics reveal that the economy of Nepal grew at 6.5 percent during the first three years of the last decade of the previous century; indicating a good omen for the future. However, the pace of economic progress was muddled due to political turbulence amid the armed insurgency staged by the Maoist party.

Nepali Congress was the leading party in bringing out this political and policy change in the country. However, the party was criticised by some quarters for privatising the public enterprises alleging that it had sold the property at throw away prices. The other political forces who made these allegations also followed suit in the privatisation and liberalisation of the country and could not undo the process. Thus, the criticism was used just as a stunt to garner public support in favour of their parties.

With the onset of political instability and frequent formation and dissolution of the government, successive governments were enticed to dole out cash benefits to the general public in a bid to be seen more benevolent than the preceding governments. No systematic study has been carried out on assessing the efficacy and benefits of such systems in creating jobs and increasing income levels, apart from tempting the voters.  But, one thing is sure- this has resulted in higher increments in the regular expenditure of the government thereby shrinking the allocations for capital investment.

Constitutional Controversy
The Constitution of Nepal-2015, introduced fundamental changes in state restructuring with the provision of three tiers of government at the federal, provincial and local levels. But, over a period of six years, questions are being raised from different quarters on the sustainability of the structures based on federalism, secularism and a republic system. The federal system is criticised as being profligate, with the rise of new classes of political cadres sapping up huge chunks of revenue as their pay, allowances and other benefits. Adding insult to injury is the rising corruption fueled by the misappropriation and embezzlement of public funds particularly at the provincial and local levels. The successive annual reports of the Auditor General's Office and the Commission for Investigation of Abuse of Authority (CIAA) provide a clear picture as to how institutions in the new set up are making headway in institutionalising the irregularities and corrupt practices.

Second, a plethora of commissions, boards and constitutional bodies are under question about their real need for the nation. Such institutions are spread in all provinces in the federal government irrespective of their size and population. The major political parties feel comfortable about the existence of such bodies as these provide fertile ground for doling out perks and privileges to their party cadres.

Third, the secular nature of the state is being challenged by large masses of people, particularly by the community comprising more than 85 percent of the Nepali population. They want to retain the Hindu identity of the nation which was in existence before the promulgation of this constitution. Some orthodox Hindus are also pleading for the restoration of the constitutional monarchy instead of the republic system in the pretext of maintaining the unique identity of Nepal. Besides, the provision on the acquisition of citizenship and imposition of taxes at multiple levels of government have also come under criticism.

Challenges and Prospects
Despite all the political rhetoric, the crucial challenges before the country are alleviating hardship, reducing poverty and achieving decent living standards. This requires political will and commitment at the highest levels of the executive and legislative branches and a culture of good governance across all institutions of government. Achieving those noble objectives would require an honest implementation of the reform policies with a departure from the conventional ways of just paying lip service to the cause of good governance.

Rising unemployment, income inequality, occurrence and reoccurrence of the pandemic and the impact of climate change are becoming vexing problems at the global level. Least developed countries are compelled to bear the brunt of the natural calamities and are affected disproportionately in comparison to their developed counterparts. Nepal as one of the least developed countries, is reeling under the wheel of pervasive unemployment; each year millions of young people are leaving the country for temporary employment abroad, mainly in Gulf countries and Malaysia. The country's labour market is stretched between the diametrically opposed situations; lack of labour for productive activities within the country and unemployment induced exodus of the youth seeking jobs abroad.

Achieving a higher number of employment within the country demands more favourable monetary and fiscal policies. The monetary policy should focus on lowering the interest rate of lending and increasing the flow of credit to the industries in order to boost productive employment. Meanwhile the fiscal policy of the government should focus on creating a balance between the collection of taxes and public spending that will stimulate crowding in private investment in the economy. Progressive taxes is the preferred system of taxation in almost all economies but this needs balancing; allowing sufficient savings at the hand of businesses in order to re-plough the resources in the new investment projects. Public spending should be dovetailed in such a way as to encourage private investment and to also ensure the protection of such investment. For example, the lack of proper physical facilities like roads, airports, irrigation canals and communication infrastructures normally increase the transaction costs and oftentimes results in the wastage of private resources. Social infrastructures in the form of public health, educational institutions and water supply systems are equally important for improving the lives of people.  These infrastructure development plans, if well-designed, will help people to connect with jobs and increase income opportunities for them.

Technology has been a major driving force of development over the past two decades of the current millennium.  Rich countries are making big investments in the areas of research and development. New innovations like the invention of information and communication technology, internet, aerospace, bio-technology, bio-medicine etc. have been publicly funded. But the less developed countries are not in a position to follow suit due to their financial and technological capacity. Hence, the imperative lies in partnering with the developed countries and making the best use of science and technology to improve the living standards of everyone. The menacing threat of the pandemic and climate change has made global cooperation and integration a stark reality.

Maintaining a work-life balance is another area to be considered by nation-states. The public service organisations, particularly in the developing countries, force their employees to retire after certain years of service or after attaining a certain age. This may have some merits in terms of inducting new people in the job but at the same time it deprives the organisation from benefitting from the skills and knowledge of experienced staff. In many cases, the retiree has the skill, passion and zeal to take up the task and furthermore they have the knowledge and experience. The government should develop plans and strategies to utilise the knowledge and experience of such people without hindering the entry of fresh candidates in the job. For example, a large number of retired civil servants, military and police personnel in Nepal are idling away as passive pensioners. Except for those who were able to take up a second job using their connections with political party leaders, the other retirees are being abandoned by the state. Many of them may have the zeal and capability to continue working in the area of their expertise. Such people should be given opportunities to show their ingeniousness and skills by devising suitable plans and programmes for them.

Another important duty of the government is restoring social justice and equity through investment in education and health services. With the onset of the liberalisation of the economy, private investment started flowing into education institutions, hospitals and nursing houses, primarily in the urban and semi-urban areas. Services provided by the private schools and hospitals are better in comparison to corresponding public institutions and the attraction to such institutions is increasing yearly. But there is also a flip side to the story as poor people do not have access to good private schools due to the high tuition fees and associated costs. Similarly private hospitals and nursing homes are not accessible to common people due to the exorbitant fees and charges. The big hospitals located in the city areas are serving the rich and the upper middle classes and these facilities are not accessible to the poorer sections of society. Public health insurance programmes initiated a couple of years ago have not been able to serve people at large and are doomed to fail.

This has created a situation of inequality in education and health services largely depriving poorer people from receiving standard services.

The notion propounded during the 1980s and 90s that "market is the cure of all evils of economy" started losing ground with the advent of the new millennium as inequality in income, and lack of access to basic services got more exacerbated over the last two decades or so. Hence various countries are taking up targeted programmes for employment generation, skill development and doling out unemployment benefits in ways of reducing inequality and poverty.

The programme for restoring equality of opportunity and social justice needs government intervention which requires the government to invest heavily in basic infrastructures like transport, energy, ICT and other social infrastructures in the form of health and education. The fiscal and monetary policy of the government should aim at generating more employment largely from the private sector. The quality and functionality of the public service delivery mechanism should be improved and the gap in the level of services between the public and private agencies should be narrowed. This will help people to choose and pick the goods and services they need from among the public and private entities. This sort of enlargement of public choice would help the economy go in a positive direction and would serve the people better. The moot question is whether our policy makers are ready to move forward by reviewing the whole gamut of our system of governance and bring about positive changes in the realms of politics, policy, structures and institutions.

(The writer is a Former Secretary of the Government of Nepal. The views expressed are personal.)