M.Sc-CM for Managers of Construction Nepal, which has remained infrastructure deprived for decades, has been observing a slew of both public and private sector construction activities in recent years. Construction projects in energy, . . . Read more »

The Nepali tech scene in recent years has largely been dominated by the rise of software, mobile apps and website developers. However, only a handful of young IT-minded groups have actually gone on . . . Read more »

Nepal has entered into a new era of policy reform. We call it the second generation reform. We have seen the changes over the past five to six months in this regard. The government has brought different policies and Acts to improve the investment climate in the . . . Read more » A very good way to describe Temptino is it’s tempting. The new franchise of Ghangri Café, Temptino is located at the restaurant hub of Jhamsikhel. Only three months into the business, the . . . Read more » Even as the Ministry of Industry under Minister Nabindra Raj Joshi is gaining praise for the speed of some important policy reforms, one recent event, however, indicates otherwise. In a programme . . . Read more » According to the World Happiness Report 2017, Nepalis' happiness has increased, compared to last year. The report says – Nepal has jumped from last year's 107th place to 99th place this year on the . . . Read more » Madhesi unity has always been a desirable goal but the unity never materializes for reasons no one knows. Nor has there been any research to bring to light the forces that have caused disunity. The . . . Read more »

In Blue Ocean Strategy, W. Chan Kim and Renée Mauborgne argue that tomorrow’s leading companies will succeed not by battling competitors, but by creating “blue oceans” of uncontested market space ripe for growth as opposed to competing in red . . . Read more »

The benchmark index continued its bullish run in the course of last month. Nepse gained 138.55 points (or up 9.08%) to close at 1672.38. Several factors supported the bullish momentum in the market. Positive political state of affairs, as well as Insurance Board’s directive to increase insurance . . . Read more » CG MotoCorp is the authorised distributor of the Japanese four-wheeler brand Suzuki and the company has been selling the Alto 800, Alto K10, Wagon R, Celerio, Swift, Dzire, Baleno and Ciaz models of . . . Read more » The third meeting of Nepal-United States Trade and Investment Framework Agreement (TIFA) Council was held on April 20 in Kathmandu. Signed by Nepal and United States in April 2011, TIFA aims to . . . Read more » There is a famous quote by Chris Grosser an American Photographer that says, "Opportunities don't happen, You create them." Vishal Tater, Director of H.G. Ent Pvt Ltd lives by this quote. According . . . Read more » Things have been progressing quite encouragingly following the March 2-3 mega-event that was the Nepal Investment Summit 2017 organised by the Ministry of Industry. Investors, mostly foreign, . . . Read more »

To Young Students of Management

Globalisation has made the world highly competitive which makes it important for each individual to be more competitive and efficient. Young people should understand the importance of academic qualification, the opportunities it generates, the skills it . . . Read more »

Not being able to work in a team goes against the professional career of an individual. All the interviews for any post or position are aimed at finding if the interviewee is a team worker or not. . . . Read more »

The Second Pillar : CSR in the Development Dialogue The careful reader would have noticed that the last few articles read like two strands intertwining much like the double helix band outlining the nature, the role, the work and the outcome of foreign . . . Read more »

Net Neutrality- Not Yet a Curse

The term 'Net Neutrality' might appear as something new, but it was coined 13 years ago in 2003 by Professor Tim Wu of Columbia University. This principle explicates that the internet should be . . . Read more » 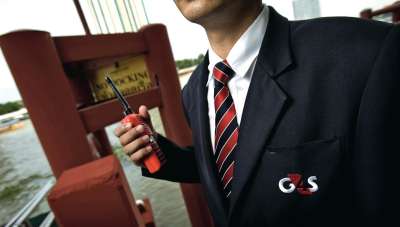 Established in 1966 as a private company and converted into a public limited company in 1993, Butwal Power Company (BPC) is one of the leading companies in Nepal’s power sector with generation and . . . Read more »