While the country’s banking system data indicates that the sector is coming out of the quagmire it was in due to the lack of loanable funds, the government statistics on finance are ringing alarm bells. . . . Read more » A brand New Year is approaching and, like every year, I feel a great urge to make new resolutions. But the situation is such that the moment I think about making a new resolution, one of the dogs in . . . Read more »

No Liquidity Crisis in Banks Anil Kumar Upadhyay was the CEO of Agriculture Development Bank Ltd till recently. He was also the president of the Nepal Bankers Association - the association of CEOs of commercial banks in the . . . Read more » 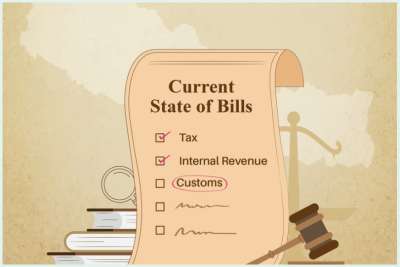 The Nepali economy is currently experiencing one of its worst periods. Most economic indicators suggest that a crisis is looming. Economic growth, which averaged 4.9% between 2009 and 2019, . . . Read more »

7TH NEWBIZ BUSINESS CONCLAVE AND AWARDS : Emerging Through the Crisis

The 7th NewBiz Business Conclave and Awards was organised in Kathmandu on December 12. The event featured distribution of awards in eight categories and a discussion on ways to deal with the economic . . . Read more »

Multiple Economic Crises and the Retreat of Globalisation The world economy has experienced a series of crises since 2007-2008, when the collapse of Lehman Brothers triggered the Global Financial Crisis. That event marked a turning point, as we have seen a . . . Read more »

GOVT MUST BE CONSERVATIVE TO KEEP ECONOMY UNDER CONTROL The company was started in 1959 with investment of an Indian party, thus becoming the first formal sector distillery of Nepal as well as the first instance of a Nepali liquor industry set up with . . . Read more »

Dimensions of Import Substitution of Wool in Nepal The Sweet Journey of Yummyistic Chocolates Diksha Poudel of Basundhara, Kathmandu, is only 23 years old. Many people of her age spend hours on the Internet. While studying BBA, she too used to spend many hours on the . . . Read more »

Melamchi Drinking Water Project in the Context of COP-27 Despite the failure of the Egypt climate conference to establish the necessary level and pace of emission reduction to achieve the 1.5-degree climate goal, or to develop a practical plan for . . . Read more » Serving more advertisements than content on any digital platform is a direct loss to advertisers. Not only that, showing advertisements of competing brands on the same slot or page is also a big . . . Read more » Given the present realities, much more on the economic front of Nepal is to depend now than in the past on the support from the donors. At the same time, it is also true that the donors will lose . . . Read more » Population refers to the total number of people living in a specific place at a given time. Population management is the effort to balance the population size with the availability of . . . Read more »

For More Women in Politics Nepal ranks first in South Asia and second in Asia in terms of the share of women representatives in the parliament. However, it ranks 123rd in the world in terms of the number of women holding . . . Read more » Kuber Wizz is a college-based stock market investment competition started by Kathmandu College of Management. The eight-month competition is the first programme of its kind in the country and is . . . Read more » Within organisations, tribes form naturally. Wherever people congregate to live and work, groups of 20 to 150 people form - similar to villages inside nations - and advance through five stages of . . . Read more »

Bumpy Roads Ahead for Adventure Tourism Last year, there was a backlog of Nepali workers applying for Romanian visas due to the COVID pandemic. Narayan Bajaj, the honourary consul of Romania to Nepal, requested Romanian officials to open . . . Read more »

Our Target is to Sell 100 Vehicles a Month Initially Dr Mukherji, the Managing Director of Omega Seiki Mobility (OSM), was in Kathmandu recently for the launch of OSM range of electric three-wheelers in the Nepali market. . . . Read more »

Growth of Modern Workplace is an Opportunity for us Kamlesh Malkani, the Vice President of Steelcase (office furniture solutions provider) for Asia Pacific, was in Nepal for an official visit as part of his 29-day visit of South Asian . . . Read more »