Nepal is a land chock-full of opportunities. All those in the know say so. As there are many opportunities, however, there is great confusion as to realising which of these opportunities will help . . . Read more » Ending weeks of speculations, the Supreme Court on February 23 overturned the December 20 move of President Bidya Devi Bhandari to dissolve the House of Representatives on the recommendation of Prime . . . Read more » Nepal has long been trying to promote digital transactions to reduce the cost of printing paper money and, most importantly, to build a cashless economy, which not only traces money transfers but . . . Read more » Financial crises are a global phenomenon. They seem to take place every now and then. However, countries can take advantage of their historical lessons and minimise the potential for future crises. . . . Read more » 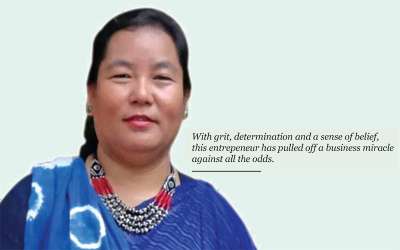 Any kind of crisis can be good. It wakes you up. These are the words of Ryan Reynolds, a Canadian-American actor, producer and entrepreneur. Shanti Shakya Dolma can very well draw an analogy between . . . Read more » 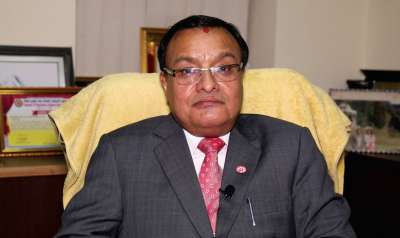 In today’s world, most countries have prioritised mutual economic benefits in their relationship with other nations. And with this, the role of business community members has become crucial in . . . Read more » Ishwar Pokharel, Deputy CEO of Nepal Insurance, reaches his office at 9:30 in the morning every day and juggles deadlines, various demands and team management until 7:30 in the evening. . . . Read more » As a country with large ethnic groups, Nepal has a large variety of nutrition-rich traditional food and cuisines. However, traditional foods are only available and consumed during certain festivals. . . . Read more » Budhi Ganga Hydropower Project, located in Achham district on the Budhi Ganga River, was first identified as a peaking run-of-river hydroelectric project in 1996. Its feasibility study was completed . . . Read more » In Nepal, merger and acquisitions (M&As) is practiced mainly in the banking sector. Following the directives issued by the Nepal Rastra Bank (NRB) in the Monetary Policy for FY2015/16 which required . . . Read more » Market studies and assessment of investment opportunities in Nepal often cite agriculture as a priority sector. Reasons include the predominant role of agriculture in the Nepali economy, the . . . Read more »

To Graduate, or Not to Graduate What will happen to international support measures once Nepal graduates from the league of least developed countries (LDCs) to that of developing nations? This is the question hovering over Nepal as . . . Read more » Unveiling the Monetary Policy for Fiscal Year 2020/21, Maha Prasad Adhikari, governor of Nepal Rastra Bank (NRB) announced that arrangements will be made for granting exchange control facility to . . . Read more » 12 women entrepreneurs were awarded in six categories for their contributions in employment generation and women . . . Read more »

Nepali TEXTILE Industry at a Glance Textile industry is one of the oldest industries in the world. In ancient times, this industry was limited to weaving of natural fibers derived from animals and plants. With the advances in science . . . Read more » The past decade has been a momentous period for Civil Bank Limited. Going through several ups and downs, the commercial bank, which was established in 2010, has emerged as a stable banking entity as . . . Read more » At a time when many industries in Nepal are still reeling under the impact of the Covid-19 pandemic with market demand yet to rise to pre-pandemic levels, the construction materials industry is going . . . Read more »