Nepal has long held its image as a country where there is a high level of trust between the people, a factor which has helped to define the Himalayan nation in the global arena. However, this . . . Read more » 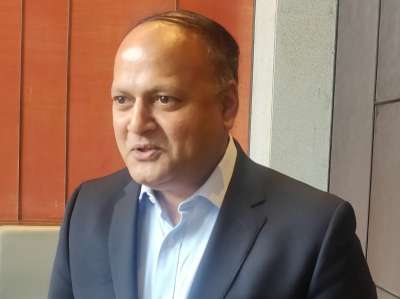 A relatively new player in Nepal, Commonwealth Development Corporation (CDC) Group has been quite active in Nepal this year. In 2019 alone, the group has invested USD 47 million in three projects . . . Read more » Established in 1965, Soaltee Crowne Plaza is one of the leading hotels in Nepal. The pioneering five-star hotel is also regarded as a prime MICE center in the country which has hosted several events . . . Read more » The décor and ambience at Sun Café and Bar, located at the heart of Jhamsikhel, has two distinct flavours. Upon entering the restaurant, the outside seating area is practically enshrined in . . . Read more » The issue of Kalapani, the area in the northwestern most corner of Nepal encroached by India, has been raised sharply yet again after India issued a new political map following the scrapping of the . . . Read more »

Few months ago, a baby delivered to a Nepalese couple at Duncan Hospital, Bihar, India was noted to have breathing difficulty and frothy oral secretions after an attempted breast feeding. The . . . Read more » From starting his career as an intern in an audit firm to becoming CEO of Nepal Life Insurance Company Ltd (NLIC), Vivek Jha’s journey is filled with exciting stories. When Jha was appointed as the . . . Read more » Earlier this year, Yamaha launched the third iteration of the much-vaunted R15. It’s a bike that has long captured the imagination of the millennial crowd in Nepal, what with its full fairings and . . . Read more »

Of late, the search for alternatives to Nepal’s current sea port access has gathered momentum to minimise problems in transportation and transit in the country’s third country trade. The . . . Read more » Stock business should coincide with three principles, in order of importance. They are preservation of capital, consistent profitability and the pursuit of superior returns. These principles are . . . Read more »

AGILE : The New Synonym for Efficiency in Business

When we think of a business structure, even today hierarchy is what comes to our mind in the first place. An organisation is often thought upon as a unit with multiple components such as production . . . Read more » King’s Incubator provides 12-hour structured incubation training to aspiring entrepreneurs. For this, it welcomes several ideas in the beginning from around 40 teams in each session. Only a few . . . Read more » In recent years, young Nepalis have been turning to veganism, which is the practice of abstaining from all animal products. Yet there are limited places where vegan food items can be purchased in . . . Read more »

A Success Story Atop the Majestic Hill

Chandragiri, the southwestern part of the hills surrounding the Kathmandu Valley, which is known for its inherent religious and historic value, has now become one of the best tourist destinations in . . . Read more »

How to be Self Reliant in Sugar Confectionery? Nepal's import of sugar confectionery is growing rapidly, with 16 percent average annual growth. However, the import of such products has seen an exceptional downturn in the last two years due to the . . . Read more »

The signing of the Transit and Transportation Agreement between Nepal and China in 2016 is one of the milestones in the history of transit transportation of Nepal; this has been one of the major drives in our diversification of transit . . . Read more »

Traditionally, we have been importing Chinese goods via Indian ports as the trade routes there are easier for us than the routes linking China. However, this scenario is likely to change gradually as China is investing heavily in infrastructure development in the Tibet to increase the region’s economic . . . Read more »

The interest of China in terms of connectivity with Nepal has been mostly towards Keyrung leaving all other border points. Nepali government officials were hopeful that the full reopening of the Khasa-Tatopani border would be announced during Xi’s . . . Read more » When Jiang Zemin visited Nepal in 1996, China was barely able make it to the list of top ten economies and was trying to establish itself as the low-cost factory of the world. In 2019, when Xi . . . Read more » When Chinese President Xi Jinping landed in Kathmandu in the second week of October, the first official visit by a Chinese President in 23 years, many eyes were on him wondering if he would announce . . . Read more »

“Quality education is something we stand by” Managed by Rukmini Educational Charitable Trust, a unit of DivyaSree Group, REVA University started in 2014. Established under the Government of Karnataka Act 80 of 2012, it is a private university . . . Read more »

The Power Summit 2019 was held at Soaltee Crowne Plaza in Kathmandu on November 21st and 22nd. Organised by the Independent Power Producers Association of Nepal (IPPAN), the summit focused on cross border power trade and connectivity as well as other relevant topics pertaining to Nepal’s power . . . Read more »