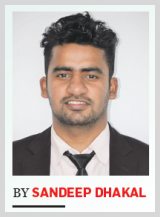 Currently the average lending rate is hovering around the 9.02 percentage mark (Nepal Rastra Bank, Nov 2021). But, in a couple of months it is likely to reach the double-digit figure. Interest rate volatility is something which is not new to Nepal.  If we analyse the interest rate trend of the past 7-8 years, we can see that it wouldn’t take even a year for average lending rates to increase and decrease by 300-400 basis points. For example: the average rate reached 11.78 percent in Sep 15, 2017 from 8.62 percent in Oct 15, 2016. The interest rate increased by 316 basis points in such a short span of time.

There have been several cases where a bank has financed some assets at 8 percent and within a year, the interest has grown to 15-16 percent. If we look at this fluctuation from the perspective of a normal person with a monthly EMI of Rs 15,000, within a span of a year, the monthly Rs 15,000 has grown to Rs 25,000. The situation is the same for other loans disbursed into different sectors; whether it is agriculture loan, SMEs loan or other loans. A high interest rate increases the cost of funds for businesses, lessens disposable income and consumption, and ultimately, affects overall productivity. The impact of interest rate is so intense that it not only affects trade and commerce, but also affects the consumption and lifestyle of individual households. After analysing the macro and micro economic dynamics, four factors can be identified that contribute most to interest rate volatility. They are:

1)    Price war between banks,
2)    Failure of government to retain money in the economy,
3)    Policies of monetary authority and
4)    Economic volatility.

Price war between banks:
Unhealthy price war between banks is one of the prominent reasons for volatile interest rates. Interest rates were deregulated in Nepal in the late 1980s. Banks can maximise their earnings by collecting deposits even at the lowest possible rates. But there seems to be some kind of competition going on between banks where one bank seizes another bank’s deposits by offering higher rates. Eventually, this scenario is just a zero-sum game. It is not doing anything good for the overall economy. Instead of competing in service quality, automation, innovation and customer service, banks are just competing on the interest rate plank.
In a race to become the number one bank in terms of profitability, they are choosing more risky balance sheets by lending more and offering higher rates. New deposit collection at higher rates resulted in a significant rise in lending rates in the last couple of months. Even though loan growth is aggressive, the overall addition to deposits in the banking industry is not that satisfactory. The situation of maturity matching is terrible as long-term loans are being issued by backing short term deposits. The term of fixed deposits has decreased to as low as three months. It has tremendously increased the overall risk for the bank and contributed to the rise in interest rates.

Government’s failure to retain money in the economy:
The situation of money retention is abject in Nepal. For every Rs 100 of value addition we send Rs 35 abroad to pay the import bill. Similarly, for every 100 rupees of import we export only 8 rupees. The major source of currency inflow is remittance, export and tourism income. Even though the size of currency inflow has grown over the years, the size of imports is so high that currency outflow significantly exceeds currency inflow. The central bank is taking policy moves to reduce the import of cosmetics, passenger vehicles and a few other commodities to retain money in the economy. However, reductions in the import of a few luxury and unimportant commodities is not sufficient to resolve the problem. The size of imports was RS 1,539 billion in FY 2077/78 and it is likely to reach around Rs 1,800 billion this year. Similarly, the size of remittance was Rs 961 billion and export was just Rs 141 in FY 2077/78. In an optimistic scenario, tourism income reaches Rs 100 billion. Furthermore, the foreign direct investment was Rs 19.5 billion, pension was Rs 59 billion and the volume of bilateral and multilateral grants was just Rs 57 billion in FY 2077/78. Since the growth of imports is high compared to remittance inflow, tourism income, export and other source, currency inflow is less likely to neutralise the negative effect of currency outflow on the forex reserves and balance of payment. Our inability to hold money is creating a liquidity problem which has contributed to the increase in lending rates.

Monetary policy:
The central bank uses policy instruments like the reserve requirement, open market operation, money supply to maintain macro-economic stability. The Nepal Rastra Bank (NRB) has taken several policy decisions in the past to get the desired results. Whenever, it makes policy decisions, it affects different economic indicators like the interest rate, inflation, lending, banks profitability and other economic activities etc. Although NRB takes calculated moves, policy interventions sometimes trigger undesired indicators. For example, the decision to increase the paid-up capital from NRs 2 billion to NRs 8 billion was taken by NRB with the purpose to increase the risk absorption capacity of banks, to reduce the number banks and to make them stronger.

However, after the rise of capital by four-fold, EPS of all banks significantly dropped. Banks got enormous pressure from the board to increase EPS. Then the banks started lending haphazardly without properly calculating the risk. Significant portions of loans were disbursed to unproductive sectors especially real estate, personal vehicle loans, personal overdrafts and margin loans which resulted in a shortage of loanable funds in the economy. After the shortage of loanable funds, banks started attracting deposits by offering higher rates which caused a significant increase in the cost of funds and lending rates. In this way the decision to raise capital affected the interest rate. In the last few years NRB has revised the spread rate, base rate, interest rate corridor and reserves to stabilize the interest rate. However, such interventions were not enough to keep the interest rate on track.

Remittance, import, capital expenditure and other economic indicators have also highly fluctuated in the last couple of years. The number of firm registrations in the company registrar fluctuated from zero during the pandemic to as high as 3,000 companies per month. Volatility in economic activity made loan disbursement very volatile.

Similarly, the variation of trade and commercial activities made the demand for money unpredictable. After the earthquake and economic blockade, the significant decline in loanable funds caused a remarkable drop in lending rates. In less than a year, the rate reached above 12 percent after economic activities took momentum. Similarly, in early 2020 because of the Covid-19 pandemic, money demand significantly declined which caused interest rates to fall. Again, after that, economic activities took momentum and as a result, the interest rate is also moving in the same direction.

Conclusion
The interest rate directly affects capital formation, income, output, employment and overall economic growth. It not only affects the macro economy, it also affects consumption, savings and the overall life style of individual households. A stable interest rate gives stability and helps in the sustained growth of the economy. The central bank, government and bankers are the key stake holders who can play a crucial role in stabilising the lending rate. They must take decisions wisely. Banks must quit unhealthy banking practices and become responsible. NRB should come up with bold policy measures to maintain the money supply and to keep the interest rate on track. The government should take some policy departures to bring more money into the economy and retain it. It should introduce policies to promote foreign direct investment, increase export and tourism income because a consistent flow of foreign currency would help in stabilising the interest rate.

(Dhakal is Executive Director at Zion Consulting. He is also a Research Consultant at National Planning Commission.)