This is Biratnagar-based family-run electric goods company is going new heights by diversifying and expanding its business and brands. 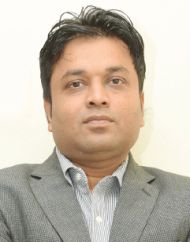