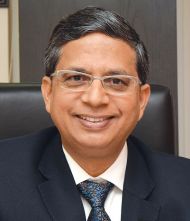 During the final game of the 20th Budha Subba Gold Cup 2074 between Three Star Club (TSC) and Nepal Police Club (NPC), the national team defender Bikram Lama sustained an injury on his right leg. Lama, who was playing for TSC as a defender, went down in the 27th minute of the game, and he sustained tibia and fibula fractures.

The injury was so severe that there were doubts of Lama returning to play competitive football. However, the effort of medical professionals at the Department of Arthroscopy, Sports and Joint Replacement at Grande International Hospital (GIH) helped him return to competitive football in just six months.
A team of medical professionals led by the director of the department Dr Chakra Raj Pandey operated on Lama’s right leg. After the operation and four months of rehabilitation, Lama was physically fit to play professional football.
Many professional players in Nepal have lost their place in the national team after sustaining injuries. Dr Pandey believes the necessary treatment and care can help prevent such circumstances. He pointed to the fact that international players return to the field after a couple of months of treatment and rehabilitation, owing to the standard of the treatment. Dr Pandey is of the opinion that new technologies and skilled medical professionals that are plying their trade in Nepal have made it possible for players to receive world-class treatment and return to the field in a short span of time.
Players need regular training and proper diet to be physically fit for the game. However, in Nepal, the players are called for ‘closed camps’ only before tournaments. “The players are required to undertake regular physical activities and eat proper nutritious diets to avoid the risk of injuries,” Dr Pandey said, adding that the country needs to invest money to improve the condition of its players.
One of the major injuries players sustain is ligament damage. A ligament is a connective tissue that connects two bones. If not treated, injury to one ligament in the joint area can damage other ligaments too. The damage can be undone within six months, but only after proper physiotherapy and the right diet – which includes protein, carbohydrates, fibres and vitamins.
Ligament injuries are treated by operating using arthroscopy technology. Firstly, medical instruments equipped with a camera are inserted into the injured joint. The camera allows the doctors to view and clean the damaged ligament before replacing it with a new one extracted from other parts of the body or a dead body. After the operation, the injured players are required to rest for a certain period before shifting to physiotherapy and basic physical training.
Dr Pandey says players who sustain severe ligament injuries can be back on the field within a year. When asked about how international players get back on the field in a shorter period, Dr Pandey reiterated the need for investment in the sector and that in foreign leagues and countries, the medical infrastructure is of the highest calibre.
“Foreign clubs and countries have invested heavily towards facilitating modern technologies for rehabilitation. Players cannot be back in a month after sustaining severe ligament injuries, but proper rehabilitation and nutrition certainly matters,” he said. Dr Pandey believes Nepali players need not go overseas for treatment as the treatment is of international standard in Nepal. “A lot of foreigners are also coming to Nepal for treatment, so why spend money overseas?” he stated, adding that the hospital had treated the African player Afeez Oladepo Olawale, who was injured in 2014.
The Nigerian forward was playing for Sankata Football Club against Ranipokhari Corner Team (RCT) in the last game of the season. He sustained an injury in the anterior cruciate ligament (ACL) of his right knee. After the treatment, Olawale was back playing in six months. He then joined Three Star Club and scored seven goals in 10 games during the 2015 Red Bull National League. Olawale’s efforts helped the club to win the league in 2015.
In other countries, ligaments can be purchased for around Euro 5,000 and that amount will increase further when it is imported to Nepal.
Dr Pandey opines that the government has always ignored the sports sector and the security of players. “The government should support the players. This effort will make sure that the players play with their full potential,” he said, adding investment in sports does not reap instant rewards; it is a long-term project and requires patience from stakeholders.
“For instance, China invests in the sector with the understanding that the reward will probably come 10-20 years down the line. The countries that are powerhouses in sports have always secured the future of the players even after their career is over,” he says.
In many cases, a player’s career may come to a premature end after multiple ligament injuries and cartilage damage. The lack of proper nutrition, rehabilitation can also stall careers. Dr Pandey also believes players in Nepal are playing only for survival, and their future is not secured by the country after their career winds down. “If the country ensures the security and invests handsomely, the sector will definitely grow,” he said, adding that physiotherapists and doctors should not be appointed for political reasons.
“If this culture prevails, it will be very difficult to improve the sports sector and the situation of players,” he said.