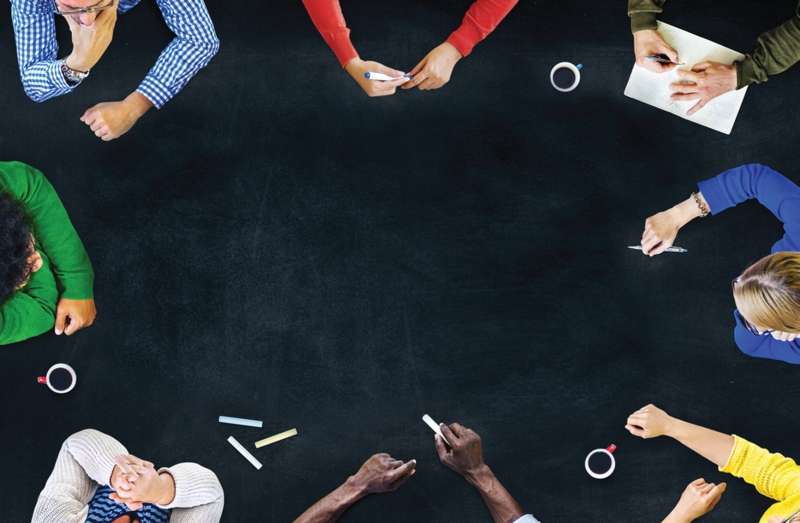 A performing culture has to ensure the dignity of labour, value work ethics and reward performance.

The optimism was voracious, the outlook deeply positive, and the confidence immense. There was an unmistakable air of self-belief among the leaders from different fields at the maiden Management Conclave of Nepal held on December 15 at the Soaltee Crown Plaza. The opinions of many of the top brass of the private and the public sector, including the government agencies, seemed to converge on the single point that Nepal is now poised for a dramatic journey towards prosperity like never before.

After the devastating earthquake in 2015, and the blockade that followed, the growth had slumped steeply. But 2017 has been a year of revival in many ways; the economic growth has rebounded to a healthy rate of more than 7 percent, making Nepal the third fastest growing economy in the world.

A low base the previous year due the twin disasters of the earthquake and the blockade has definitely contributed to the surge this year. Nonetheless, this has initiated a positive spiral of confidence among many stakeholders. When the indicators are good, ambitious plans make sense, optimism wins over scepticism and dreams dominate apprehensions.

One such dream called Vision Nepal 2030 has been floated by Dr Swarnim Wagle, vice chairman of the National Planning Commission. Wagle dreams of a Nepal that is a 'vibrant, enterprise friendly and middle income nation by 2030'. If we are able to maintain a growth rate of 7 percent and more from here on, the size of our economy will double in 10 years.

The focus, according to Dr Wagle, should be on 'job-creating economic change, propelled by large investments in infrastructure'. The enablers for Nepal's future growth he lists in his formulaic description as the Five Ds: Demography (we have a high surge of a young working population which will peak in 2031), Democracy (which we now hope will give us political stability), Diaspora (Nepalis who can bring in wealth, experience and expertise from across the globe), Digitization (which leads to enhanced connectivity, efficiency and productivity)  and Distance (the mere fact that we are located between two of the largest economies of the world) .

All of this, the dream and the hope for prosperity, can materialise only if different interest groups, stakeholders, agents, organisations  and general people come together to achieve a common goal. In essence, this means making people and groups with different interests, skills and knowledge to perform jointly. That leads us to the core definition of management.

According to the management guru Peter Drucker, 'the fundamental task of management is to make people capable of joint performance through common goals, common values, right structure, and the training and development they need to perform and to respond to change'.

But where do we stand in Nepal in terms of management? Do we have the expertise and practices of management required to walk the talk? The conclave gave a fair idea that the gap between expectations and the capacity is huge. Coming directly from the horse’s mouth, it was evident that there is much that needs to be done both by the private and the public organisations. Three priority areas that need to be worked on stood out as: Leadership, Culture and Training.

Led by a government that is still struggling with digitization, and an archaic mechanism of decision making, implementation and execution, most of the public institutions are either closed due to bankruptcy or running with heavy losses. A healthy departure, and a happy surprise, is the Nepal Electricity Authority led by Managing Director Kulman Ghisingh.

Ghisingh has ended the dark era of 'load-shedding' in Nepal and has brought high hopes for business. His 'miraculous' performance has become a case study of how right management skills can trigger a positive impact in problem areas hitherto accepted as incorrigible. He has also displayed the importance of leadership for any organisation to be successful in its mission.

Another important area that impacts the progress of Nepal is the culture. Our culture does not encourage entrepreneurship, nor does it reward performance. We have harped upon the Demography to create wonders for us but unless we set the tone for a cultural transformation, the young population remains a 'non-performing mob'.

It does not augur well at all for the future of Nepal when a website on the business culture of Nepal says loud and clear that in Nepal 'the meetings usually start late, even the formal ones and it is common for people to talk about personal things, outside the agendas even during formal meetings.'

It was evident during the conclave that organisations are struggling with many human resource management issues in Nepal. Like in most countries, there is always a dearth of committed and qualified people in the pool of the working population, but Nepal also has a unique problem of a high turnover of employees, and issues related to work culture like absenteeism and bossism.

A performing culture has to ensure the dignity of labour, value work ethics and reward performance. In this regard, incorporating the education sector is the key. Our education should be focused on imparting values of respecting and rewarding performance and profit. That is the only way to encourage entrepreneurship. This needs a revolutionary change in the way education is delivered and how role models are created in our society.

The responsibility to bridge the gap between the requirements of the industry and the level of preparation of the human resource belongs to the leaders. That elucidates the need for rigorous training priorities. But Nepal lags behind a lot in this regard too.

Lack of a professional and creative approach to training, both within and outside the organisations, multiplies these cultural disadvantages many fold. Therefore an immediate priority for the leaders should be to focus on training within their organisations.

'Training in Nepal means a class room style session where the employees are shown power-point slides and taught theories,' said Rameshowar Khanal, former finance secretary and economic advisor to the then prime minister Dr Baburam Bhattarai, who is also an educator on management and economics. The training philosophy of our organisations needs a revolutionary transformation. The boss and the last man down the rung should be able to sit together and brainstorm the company’s values. Only then can the organisations tap into their own resources.

The optimism is in the air. But unless people meticulously slog under efficient executioners, for years on from now to deliver results, the dreams will remain mere fantasies. There are many examples of nations in the history of the world that have wasted their demographic dividend and grown old before getting rich.  A direct involvement of the industry leaders in shaping up the leadership quality, cultural inclinations and the training priorities will help us hedge better against such failures. Efficient managers are what Nepal needs the most now.

The author is the Program Director of the Borderlands PDP and Trainings, motivational speaker and leadership trainer who practices 'experiential learning' as a tool for transformations.