Nepal Water and Energy Development Company (NWEDC), the developer of 216MW Upper Trishuli-1 Hydropower Project and Independent Power Producers’ Association- Nepal (IPPAN) and International Finance Corporation (IFC) jointly organised a forum titled “Foreign Direct Investment in Hydropower” on September 6 in Kathmandu. The event highlighted the need of proper policies to attract the much needed FDI in hydropower development along with other pertinent issues of the energy sector.

Experts, power sector representatives, energy minister, government officials, representative from the banking sector multilateral lenders and donor institutions and participated in the forum. The event stressed on the importance of developing the Upper Trishuli-1 project which is currently going through final stage of PDA negotiations.  The program also held a panel discussion where panelists focused on impediments to the FDI inflow into the hydropower sector and discussed on various ways to ease the hurdles of FDI financing. As the views expressed by the event’s guests are timely and relevant in the present context, we have decided to publish their speeches. 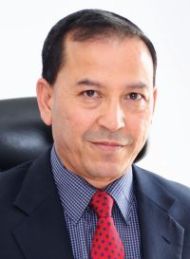 Nepal has systematically approached foreign investment promotion since 1971 with the passing of the Foreign Investment Act, 2038. Within the period of these 35 years, there has been tremendous change in the global socio-economic perspectives and also that of Nepal. With globalisation taking greater pace after the 1990s, the flow of capital has gained momentum. There are diverse views on the benefit of FDI, but like it or not, no sensible nation today can possibly isolate itself from globalisation and the FDI.

A report from the Organization of Economic Cooperating and Development (OECD) says that global FDI flows remained at USD 1,730 billion in 2015 which is 25 percent higher than 2014 and the highest since 2007. But compared to the FDI in 1980 which stood at USD 93.5 billion, it is approximately nine percent constant annual growth over 35 years.

FDIs are normally industrial type investments, long term and more resilient. For instance, in East Asian countries, such investment was remarkably stable during the Asian financial crisis of 1997-98. On the contrary, other forms of private capital flows—portfolio equity and debt flows, and particularly short-term flows—were subject to large reversals during the same period. Evidence suggests that FDI are more long term and“good cholesterol” compared to free capital flows. FDI allows the transfer of technologies that cannot be achieved through financial investments or trade in goods and services. FDI can also promote competition in the domestic market.  Recipients of FDI often gain trainings of employees in the course of operating new businesses which ultimately contributes to human capital development in the host country. Similarly, profits generated by FDI contribute to corporate tax revenues in the host country.

In Nepal, there are a few hydropower projects with FDI such as the Khimti and Bhotekoshi and now the 50MW Marsyangdi project. Upper Trishuli-1 which is currently under PDA process will be the largest project in terms of FDI which is meant entirely for domestic consumption.

Project like this can bring:
- High employment and development during construction phase
- Revenue to the government in terms of royalty and taxes
- Dry season energy for Nepal's need
- Foreign currency revenue through power sales
- A plausible and tangible reason to start large industries in Nepal

Nepal can use the FDI funds of such large projects for social development. Nepal faced a disastrous earthquake last year and the funds going to the infrastructure could be channeled to the social as well as profit making sectors. This project will bring high levels of employment during the construction phase, revenue to the government in terms of royalty, taxes and power sales. If managed properly, FDI can tremendously help the development of Nepal by injecting much needed investment in the highly capital intensive but commercially viable sectors and leveraging large funds for the social development sector.

The policymakers need to positively dwell upon FDI. It is an irony that the government and policymakers are not whole heartedly committed when it comes to attracting foreign investments. Just by saying that FDI is necessary does not create an environment conducive to foreign investors. For instance, developers face various difficulties while developing projects. PPA and PDA are difficult and bureaucratic hurdles slow their pace considerably before they start to develop projects.

Let’s hope that policy makers show their sincerity regarding the FDI policies and do not make it a lip-service while meeting with diplomatic agencies of other countries and international development partners. Upper Trishuli-1 Hydropower Project 1 has faced various hardships over several years. Let us try to be serious on what we say and help UT1 to become a successful FDI project in Nepal.

Adapted from the speech delivered by Bisht. 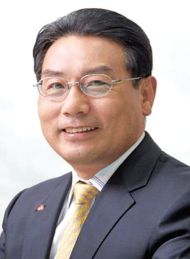 After its liberation from the Japanese occupation in 1945, Korea put much of its efforts in developing energy facilities in order to reconstruct the country. However, in 1950, it was hit by the Korean War during which most of the country’s infrastructures were destroyed. Under the circumstance, and having no natural resources, Korea's path of developing electricity facilities was neither easy nor smooth.

Tackling electricity shortages was a top priority for the Korean government and it aggressively promoted electrification of the country. As a result, from 2000 onwards, Korea has been maintaining the electrification rate of nearly 100 per cent with 15 per cent of reserve power.

Realising that borrowing foreign funds and inviting FDI were essential for the infrastructure development, various measures were taken to protect foreign capital.  As a result, the country was successful to attract large amounts of foreign capital.

Starting in the 1960s, large investments from other countries flowed into Korea and the government channelised those investments to build infrastructures which were key to boost the economic growth.

As a result, Korea was able to build a base for a sharp economic growth that surprised the whole world. After 30 years of FDI inflows, the country came into the list of top 10 exporting countries in the world with its annual export volume of USD 2,000 billion. Now, Korea is among the FDI source countries.

Given the fact that 70 per cent of the country’s land is occupied by mountainous region, three sides surrounded by ocean and North Korea in the North, Korea is a de-facto geographically isolated country. Moreover, Korea also has a painful history of losing two thirds of its entire infrastructure during the Korean War in early 1950s.

There are some similarities between Nepal and Korea. Nepal is an inland country without a coastline with 80 per cent of the country’s land in mountainous and hilly areas. But Nepal has the Himalayan mountain range which is not only among the world's greatest tourist attractions but also is one of the largest hydropower resources. Similarly, Nepal has a large population of young workforce that can actively participate in the growing economy.

The Upper Trishuli-1 Hydropower Project which we are co-working with the International Finance Corporation (IFC) will set a stepping stone for the future growth of Nepal. It will also become a cooperation base between Nepal and Korea in the energy field.

Through the UT-1 project, KOSEP not only has plans to resolve electricity shortages by providing our technologies and technical knowhow, but also to strive for growth of Nepal, and create shared values.

In addition, our company, as a representative of Korean government-owned power companies, sincerely hopes to work as a partner of Nepal through financial support, sustainable social contributions, and lead growth of energy industry and economy of Nepal. 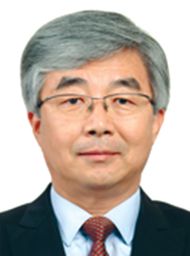 Choe Yong-Jin
Ambassador of Republic
of Korea to Nepal

Despite the significant economic development over the last few decades, the Korean government still gives much importance in attracting FDI. It has set up the FDI service centre, which consolidates all services and resolves all problems related to foreign direct investment in an efficient “one-stop” service.

Since I took up my assignment as the Ambassador in Nepal in April 2014, I was told by many Nepalis that Nepal has difficulty in developing as it is a landlocked country.

Koreans also believe Korea to be geographically cut-off as the country is blocked to the north by North Korea, and surrounded by the sea in all three remaining directions. We used to passively think that our landlocked situation prevented us from reaching out to other countries, and that we were left with no choice but to take expensive flights and time-consuming ship travels.

But forward-thinking Korean leaders persuaded us that challenges can be converted into opportunities. And we were encouraged to believe that being blocked by the sea in three directions means that we are open to the east, west and south that led us to achieve success in developing our economy through trade and export.

Here in Nepal, I frequently receive the question of “How can Nepal develop in a short span of time like Korea?” And my answer is always very simple - “By generating electricity”.

Electricity is essential not only for living convenience, but for every possible industrial development. All riches of the industries such as transportation, telecommunications, science and technology and tourism are based on electricity.

Nepal has immense potential in generating hydropower. But such a great potential can only be materialised through investments. And the investments will be possible through discussions involving all stakeholders along with decisiveness and strong will of the leaders.

The Upper Trishuli-1 project which is being developed by the international consortium NWEDC composed of KOSEP and IFC will make significant contribution in increasing the total hydropower generation of Nepal. For that we need very important and positive support from the government of Nepal.

There is a popular saying in Korea that goes – “Nothing is complete unless you put it in final shape”. In order to complete and realise the vast potential in Nepal, it is necessary to utilise all required resources with wisdom and effort. Discussions like this will lead Nepalis to have a unanimous voice in inviting FDI and making a favourable environment for the development of the Nepali hydropower sector.

Adapted from the speech delivered by Jin