Modern day farmers in Nepal need answers. One startup has an idea. 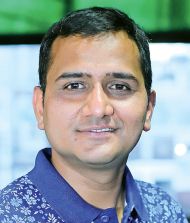 As innovations go, Nepal’s agricultural belt has seen a lot but still needs a lot to grow and harvest its full potential. Outsiders are frequently viewed with suspicion even though they may try to bring in positive changes, while many who are born and brought up in the area often leave to do other jobs.

Now former village boys Kumar Paudel and Bipul Shrestha, who are now Co-founder & CEO and Co-founder of Value Innovations respectively, and who are quite familiar about the pitfalls and snares in the country’s agricultural sector, are seeking to change this.

Value Innovations, established by Paudel and Shrestha, originally from Myagdi and Taplejung respectively, was set up to meet the increasingly complicated modern day agricultural needs of farmers.

While helping farmers to sell their cash crops year round, the company also has its hands on designing and manufacturing electrical drying systems primarily focusing on cash crops. They also provide business consulting services for small and micro enterprises.

Before it all happened, Paudel worked as an Officer at the Nepal Bureau of Standards and Metrology. An engineering graduate from Pulchowk Campus, he says the experience he gained from running a startup for three years helped him a lot. “It was an internet based company which started good but couldn’t do well because of various reasons like lack of business related legal know-how and other co-founders going abroad,” he recalls.

He says that starting an MBA at the same time ironically gave him confidence to take forward Value Innovations. Paudel recalls his college days when he had to do assignment projects with his team. “It was at that point when I got the idea about manufacturing drying machines since we had also developed a prototype,” he says.

Back in 2013, Value Innovations began in with a core objective of providing appropriate technology and adding the income to the farmers with an investment of Rs 400,000. “The hard work of farmers does not get the pay off because the crops produced are wasted due to various reasons before the products are supplied to the markets.  We custom design and manufacture electric machines that dry cash crops within a short time and allow farmers to preserve their products and use them for a longer period,” he says.

“Value Innovations is an example of process innovation. Though there are other drying machines in the market, our machines are specifically designed to process the agricultural products which no other electronic dryer can do,”  he mentions.

Paudel also suggests that loss of money due to crop failure or other outside events can become a thing of the past. “If we can properly preserve our agro products, farmers are less likely to face financial losses.”

The electrical dryers manufactured by Value Innovations are also Nepali farmer friendly compared to the machines imported from India and China where the instructions and manuals are difficult for the farmers to understand.

“Currently we are limited to tea, ginger and stinging nettle (Sisnu). But we are trying to experiment with other crops as well, such as cardamom and turmeric. Our priority is to maintain the quality of the agro products even after processing,” he says,

“We use advanced technologies in our machines. The quality of products will deteriorate if dried for long and any cash crop should be dried in one cycle. Our machine dries tea leaves in 90 minutes, ginger in three and a half hours and stinging nettle in 1-2 hours.”

Opportunities, Challenges and 2015 Quake
“It took us long to find a financial contributor for our machine. Nobody wanted to experiment in a new product. We had to wait until we got help from the Alternative Energy Promotion Centre. Manufacturing the dryer also got easier because the government subsidised around half of the amount for each machine,” recalls Paudel.

Like many young companies, Value Innovation’s fluent start took a huge hit from the April 2015 earthquake. “Our turnover reduced from Rs four million to Rs one million after the disastrous event,” Poudel says.

This situation led the company to start an agriculture consulting business.  Recently, Paudel along with his team attended a 100 day business support programme organised by a business accelerator.

“The programme helped us immensely by boosting our confidence and showing us potential areas to explore. Moreover, it also introduced us to many potential investors here and abroad,” he says. The company is seeking investment from the government and AEPC.

“Our ultimate goal is to instill an entrepreneurial mindset among farmers.  We want to manufacture multiple machines with different price ranges,” says Poudel.

Role of government and private sector to support startups
Paudel asks the government and the major private sector bodies to acknowledge technological research rather than just giving emphasis on trade. “We would be happy if Nepali industrialists are interested in developing prototypes of different kind of innovative machines,” he says.

Sharing his own experience, he mentions the risks the startup companies generally face in the country. According to him, startups are likely fail even with the slightest mistake due to the absence of proper policies and favourable environment. “They should be given some identification and classified as beginner companies. The government and private sector bodies also need to provide the startups with trainings and counseling related to finance and legal aspects,” Paudel suggests.