In a country of traditional farmers, modernising the old ways is hard.But one company is using in 21st Century science to do it.

Though an agrarian economy, Nepal notably lags behind in the biotechnology sector which has the potential to bring significant changes to the country’s agricultural by modernising it. Nevertheless, the scope and potential for biotechnology has grown in recent years as entrepreneurs and startups are coming up with ideas to develop, for example, genetic engineering. Ficus Biotech is one such startup that is trying to modernise the Nepali agricultural sector.

Engaged in producing quality plants that can give high productivity using modern tissue culture technologies, Ficus Biotech was registered in 2015 with a vision to trade all agro-based products and help Nepali farmers. According to its founders, the company’s name was taken from a plant species named Ficus, a tree native to Asia and Australia.

The company was established by investments from its founders and also through the contributions from other shareholders. According to Durlav Karki, Managing Director of Ficus Biotech, the main idea behind establishing the company was to develop high quality plants free of diseases to yield higher productivity. Primarily, the company focuses on the production of high value plants using tissue culture technology. “The company firmly believes in satisfying customers with quality products at reasonable prices,” says Karki.

Another idea behind starting Ficus Biotech was to commercialise the use of bio-fertilizers among the farmers and to promote the development of community forests. “Being bio-tech graduates, we decided to use our knowledge practically to modernize agriculture and forestry,” says Anuroop Manandhar, chairperson of the company. “The inadequacy of biotechnology companies in the country inspired us to provide services in commercialising plants, developing various plant products and bio-fertilizers.” 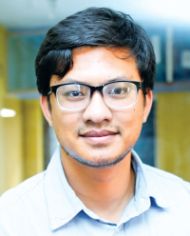 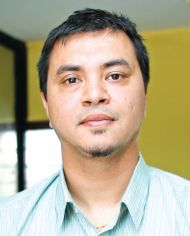 Unlike many startups, Ficus Biotech did not face any significant problems during its inception. “The start was smooth as we got support from Kathmandu University,” says Manandhar, adding, “The culture lab, equipments and other infrastructures that we are using are provided by Kathmandu University.” Currently, 11 full time employees are working in the company.

Ficus Biotech is providing services like the supply of high quality plants, soil testing, field survey and plantation. "We also provide commercial funding to farmers and agro entrepreneurs," informs Karki. It offers its services to floriculturists, agriculturists and agro entrepreneurs. “The services we provide vary according to the needs of our clients,” says Manandhar. The company also provides seasonal products and services to its customers. In the current season, Ficus is focusing on the production of Paulownia, a fast growing tree that has multiple uses. Similarly, the company produces cardamom seeds and plants. Likewise, it is also engaged in producing bamboo and Garbera.

“Since Ficus Biotech is also a research company, we also work for projects of Nepal Academy of Science and Technology (NAST) that directly benefit our product development,” says Karki.

The company has maintained workplaces in two different locations. It is stationed at Kathmandu University, Dhulikhel and Budhanilkantha, Kathmandu. Meanwhile, it has a contact office located at Ravi Bhavan.

While the company aspires to become a leader in the Nepali biotechnological sector, it is now at a growing phase. “We are gradually developing our field and trying to overcome the recent problems,” says Marketing Officer Dahal. The company has adopted efficient marketing strategies. It is focusing on expanding its market through public relations, advertisements and organising various biotechnology related programmes.

Besides production and cultivation, the company also conducts research projects that are beneficial to the communities and offers pre-sales and post-sales counseling services to its clients to yield better productivity. According to Manandhar, the annual turnover of the company is between Rs 5-6 million.

The awareness about biotechnology is at a growing phase. According to the company’s founders, the scope for biotechnology is higher in our country. “Sectors such as agricultural, medical and environmental are incomplete without biotech engineers,” says Durlav Karki. He says that the emerging platform is providing employment opportunities to biotech engineers and technicians.

Nevertheless, the company is facing various problems regarding the price of the plants it develops. “The plants we produce cost a little more compared to others found in the market. As our products are produced through tissue culture and are seasonal, the prices are a little higher,” informs Karki. Similarly, last year’s devastating earthquake and Terai unrest have also taken some toll on business. “Our clients from quake affected areas such as Sindhupalchowk, Dolkha and Gorkha are decreasing as they are busy in reconstructing their homes.”  Similarly, the events following the promulgation of the new constitution also hampered the initiatives of the company. “We are not able operate tissue cultures properly and produce plants due to the power crisis,” says Manandhar.

Ficus biotech is planning to establish the best tissue culture lab in Nepal. “We are also planning to start the production of fertilizers and establish a diagnostic lab to diagnose plant diseases,” says Manandhar. “We aim to supply our products to other South Asian countries.”

i am curious to know about the job placement of students graduating through generalbbiology in research..