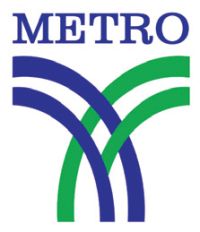 Metro Bank Branches Out in Pokhara
Metro Development Bank has opened another branch in Pokhara. The new branch operating in Talchok of Lekhnath municipality is the Pokhara-based bank’s sixth branch.
Speaking at the branch opening ceremony, Surya Prasad Tiwari, Chief Executive Officer of the bank said that the branch will be instrumental in collecting small cash amounts scattered in the surrounding rural areas and will also help to promote investments in productive sectors.
The bank’s aim is to support the economic development of the Lekhnath area.

Bhandari New Chairman of NCHL
Rajan Singh Bhandari, chief executive officer (CEO) of Citizen Bank International, has been appointed the chairman of the Nepal Clearing House Limited (NCHL) by the 81st board meeting of NCHL held on 3rd June 2015.
Similarly, the NCHL Board nominated Upendra Poudyal, CEO of NMB Bank Ltd, as a director of  the NCHL Board for the remaining term after the departure of Ratna Raj Bajracharya who was also the chairman of NCHL earlier.
The board members of NCHL currently include a representative from Nepal Rastra Bank, three representatives from commercial banks, and a representative each from development banks, finance companies and Smart Choice Technologies P Ltd.
Loan Demand Surges in Quake-hit Areas
Loan demands for rebuilding lost businesses and homes have increased in the earthquake-affected areas, according to micro-finance companies.
Of the total demand, 50 percent of borrowers have demanded new loans and 20 to 30 percent have asked for loans for restarting businesses and constructing houses. According to bankers, the loan amount ranges from Rs 40,000 to Rs 100,000.
Around 132,000 micro-finance borrowers have been affected by the earthquake in the disaster-hit areas. According to preliminary data, around 70,000 houses were destroyed, 220 borrowers killed and around 450 injured.
Ram Chandra Joshi, Chief Executive Officer at Chhimeki Microfinance Development Bank, claimed that most of the borrowers did not receive the Rs 15,000 in immediate relief distributed by the government. Bankers said that many of the loan seekers are from Gorkha, Nuwakot and Kavre, some of the hardest-hit districts.

RBB Branch Opens in Damauli
Rastriya Banijya Bank has opened its 161th branch office in Tanahu district headquarters, Damauli. Speaking at the inauguration, Krishna Prasad Sharma, CEO of the bank said that the branch is expected to increase the bank’s financial outreach and become more inclusive. He said that the branch would equally benefit farmers, industrialists and entrepreneurs.
Banks In Search of Credit Guarantee
Banking and financial institutions (BFIs) are yet to receive directives on revised guarantees for providing loans in earthquake affected areas as the Deposit and Credit Guarantee Corporation (DCGC) has not yet decided on the issue with Nepal Rastra Bank (NRB), informed Bhuwan Dahal, CEO of Sanima Bank.
In the lack of specific directives from NRB, BFIs have not been able to float loans to the quake-affected people. Prior to this, as part of a special loan provision, NRB is to provide loans at 0 percent interest rate to the banks, which in turn will lend at 2 percent interest to quake affected people.
“We have to consider the amount of credit flow and the possibility of loan guarantee,” Danda Pandi Paudel, General Manager of DCGC said while elaborating that the corporation has been unable to resolve the issue due the size of the possible loan amount and its guarantee capacity.
Even if 10 percent of the damaged houses seek a two million loan amount in average, the loan amount will exceed over Rs 100 billion and with its paid-up capital of 1.54 billion, DCGC seems to be unable to guarantee that big credit amount.
However, Dr. Min Bahadur Shrestha, NRB Spokesperson, ruled out the need for credit guarantee on such loans pointing to the availability of insurance on credit floated in earthquake-affected areas. He said though insurance is not mandatory in such cases, the BFIs should arrange for insurance while providing such credit.