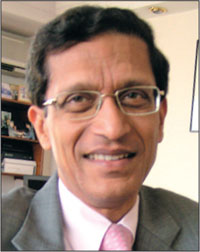 --By Sujit Mundul
Business ethics is a specialised study of moral right and wrong that concentrates on moral standards as they apply to Business institutions, organisations and behaviour.
In the fast changing modern world, Organisational Integrity – (OI) is assuming a greater importance for sustainability of a business. OI has a deep-rooted relationship with business ethics. Business ethics is a specialised study of moral right and wrong that concentrates on moral standards as they apply to Business institutions, organisations and behaviour.
Before we progress on the matter, let us also consider as to how ethics is applied to corporate organisations. Organisations are composed of human individuals that we conventionally agree to treat as a single unit, and they “act” only when we conventionally agree to treat the actions of these individuals as the actions of that unit.
Multinational Corporations are at the heart of the process of globalisation and are conducting enormous volumes of international transactions that take place today. Multinational Corporations draw capital, raw material and human labour from wherever in the world they are cheap and available.
We are aware of the fact that globalisation has brought the world significant economic benefits. As multinationals like Motorola, Nike, and Ford build factories and establish assembly operations in countries with relatively low labour costs, they bring jobs, skills, income and technology to regions of the world that were formerly under-developed, raising the standard of living in these areas and providing the consumers everywhere with low-priced goods.
But we must not forget that globalisation is also accused of inflicting significant harms on the world. While it has been especially beneficial for developed nations that have high-value products to sell, critics argue, many poorer nations have been left behind because they have only cheaper primary commodities to trade. It is also argued that globalisation has caused increasing inequality both between nations and within nations.
Many multinationals have moved their operations from developed countries to the emerging markets in order to avail the relatively weak environmental standards, tax breaks and weak labour laws. This clearly points out to the ethical and integrity issues, and in the process, involves the respective managements.
Lynn S Paine argues that many managers think of ethics as a question of personal scruples, a confidential matter between individuals and their consciences. It has been observed that executives are very fast in describing any wrong doing as an isolated incident, the work of a rogue employee. The thought that the company could bear the responsibility for an individual’s misdeeds never occurs to their minds. Sometimes, it may seem that ethics has nothing to do with management.
However, ethics has a very deep linkage with management. It is to be noted that rarely do character flaws of a lone actor fully explain corporate misconduct. A case in point would be the example of Nick Leeson, Head Trader, Derivatives of Barings Bank, a merchant bank with a history of two centuries. Nick caused the bank’s collapse in 1995 by undertaking an unethical transaction. Unethical business practices involve the tacit, if not explicit, co-operation of others and clearly reflect the values, attitudes and behavioural patterns that define an organisation’s operating culture and also the inner governance structure and its efficacy. Managers who fail to provide proper leadership and to institute systems that facilitate ethical conduct share responsibility with those who conceive, execute, and unknowingly benefit from corporate misdeeds – Lynn S. Paine has pointed out.
Managers play a key role in shaping organisational ethics and seize the opportunity to create an atmosphere that can fortify the relationships and reputations on which the organisations’ success as well as sustainability depends. Executives who ignore ethics run the risk of personal and corporate liability in today’s increasingly tough legal and regulatory environment.
In the face of the fast changing corporate scenario, many companies are rushing to implement compliance-based ethics programme and implementing changes as appropriate in their governance structures and approaches. Nevertheless, one school of thought strongly believes that organisational ethics means more than avoiding illegal practice; and providing employees with a rule book (code of conduct!) will do little to address the problems underlying unlawful conduct. I do subscribe to this view.
To foster a climate that encourages exemplary behaviour, companies need a comprehensive approach that goes beyond the punitive legal compliance stance. An integrity based approach to ethics management combines a concern for the law with a clear emphasis on managerial responsibility for ethical behaviour.
It has been observed that the once-familiar picture of ethics as individualistic, unchanging and non-responsive to organisational influences has failed to stand up to scrutiny in recent years. An example of this is the case of Sears, Roebuck & Co (auto parts manufacturer). In 1992, this company was flooded with complaints against its automobile service business. The company was accused of misleading customers and selling them unnecessary parts and services. It would be a mistake to analyse the situation exclusively in terms of any individual’s moral understanding. Nor did Sear’s management set out to defraud the company’s customers. Instead, a number of organisational factors contributed to the controversial sales practices. Against the backdrop of declining revenues, falling market share and competitive pressure, Sears’ management decided to improve the performance of its auto centres by introducing new goals and incentives for mechanics. The Service Advisors were given sales quotas. As a result, after a few months of the implementation of the new schemes, a good number of employees spoke of “pressure, pressure, pressure” to bring in sales.
Under the circumstances of organisational pressure for delivery of “numbers”, some employees’ judgement understandably suffered. The management’s failure to clarify the line between unnecessary service and legitimate preventive maintenance, coupled with consumer ignorance, left employees to chart their own course through a vast grey area, subject to different interpretations. In the absence of active management support for ethical practice and mechanisms to detect the questionable sales methods and paperwork, it was not surprising that many instances of unethical conduct did occur. In order to salvage the situation, Sears offered coupons to customers who had bought certain auto services between 1990 and 1992. The company had to suffer a damage of about USD 60 million, besides a huge loss of reputation.
The above case further reinforces the fact that there is an integral relationship between business ethics and management. In the age of globalisation and continuing evolution in businesses and macro-economic conditions, it is imperative for the companies to maintain organisational integrity for sustainability and growth.
(Sujit Mundul is former CEO of Standard Chartered Bank Nepal where he currently serves as a member of the Board of Directors.)