April 18: Commercial banks have not opened LCs for import of vehicles since April 7 under the directive of the central bank. Automobile dealers are making efforts to reverse the decision stating that their entire business has been affected due to the decision. However, the central bank's unannounced ban on LCs is not expected to be lifted immediately.

Officials of the NADA Automobiles Association of Nepal, an umbrella body of automobile dealers, met with Prime Minister Sher Bahadur Deuba last week urging him to direct Nepal Rastra Bank to allow banks to open an LC for importing vehicles. On Sunday, the representatives of NADA also met Finance Minister Janardan Sharma. Despite meeting high-ranking government officials, the automobile dealers complained that they have not received anything but assurance so far.

According to the association, investors have poured more than Rs 350 billion in the automobile business. This sector contributes more than Rs 150 billion in revenue every year. Entrepreneurs have complained that the area which has provided direct employment to more than 98,000 people has become chaotic due to the suspension of LC.

President of the association Dhruba Thapa said it was not appropriate to restrict opening LCs on the grounds that foreign exchange reserves were low. "No other country does that, but it has been done in Nepal," he said.

During the meeting, Finance Minister Sharma made it clear to NADA officials that the government was not in favour of stopping imports.

NADA officials had requested the finance minister to lift the ban on LC for importing vehicles. NADA Vice President Rajan Babu Shrestha had briefed Finance Minister Sharma about the possible impacts of stopping the import of vehicles into the country.

Entrepreneurs say that the automobile sector, which has invested heavily, is in crisis after commercial banks stopped opening LCs for importing automobiles that are listed as luxury items. The banks did so upon the verbal instructions of NRB. According to NADA Chairman Thapa, even the vehicles ordered earlier are stuck at this time.

When the association raised the issue on April 9, Prime Minister Sher Bahadur Deuba assured to take appropriate measures after looking into the matter.

However, entrepreneurs are disappointed that the LC has not been opened even a week after the Prime Minister's assurance. Entrepreneurs say that the auto business will collapse if the government does not eases import of vehicles.

Finance Minister Sharma asked the traders to be patient. The association is also preparing to meet Officiating Governor of Nepal Rastra Bank Neelam Dhungana Timsina to raise the issue. Entrepreneurs argue that the recent policy of the NRB has put the business in crisis and have requested facilitation in opening LC. 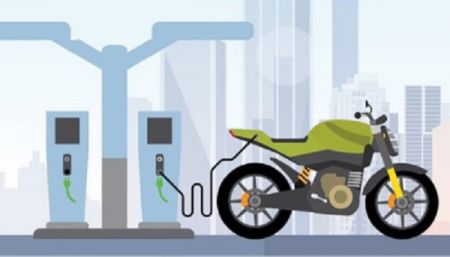