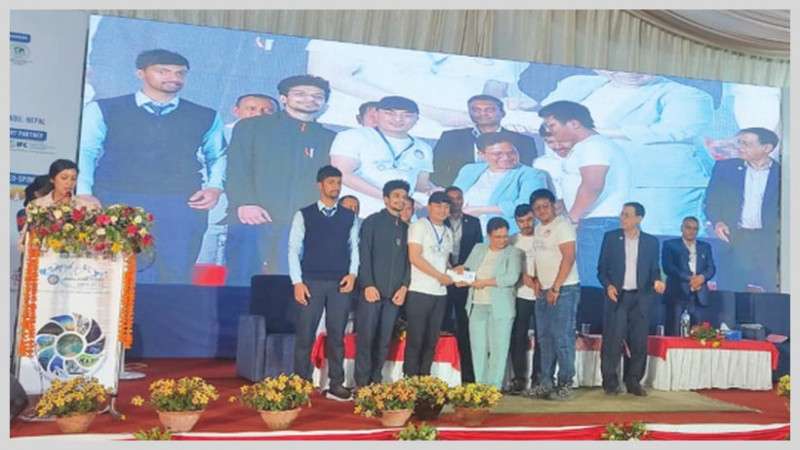 April 5: The third edition of “Himalayan Hydro Expo 2022” concluded on Monday at the Exhibition Hall in Bhrikutimandap, Kathmandu. According to the organizers, the expo which kicked off on Saturday provided an additional impetus for the development and expansion of the country's energy sector.

The expo was organized in a joint effort by the Independent Power Producers’ Association, Nepal (IPPAN) and Expo and Event Management Services Pvt. Ltd. The main sponsor of the expo was NMB Bank. The British Embassy and the Canadian High Commission were country partners of the expo, which was coordinated by the Indian Embassy in Nepal. Similarly, organizations including IFC also sponsored the expo, with additional assistance from Nepal Electricity Authority, Federation of Nepalese Chambers of Commerce and Industry, Confederation of Nepalese Industries, Nepal Chamber of Commerce, Nepal Bankers Association and Federation of Contractors’ Association Nepal.

In the closing session of the expo, IPPAN requested the government to hand over the sale, distribution and export of domestically produced electricity to the private sector. Chairman of IPPAN Krishna Prasad Acharya made such a demand to Energy Minister Pampha Bhusal. Minister for Energy Pampha Bhusal said that the energy sector is the main basis of economic development and the government has taken steps to develop it. Similarly, she announced to open power purchase agreement (PPA) only after the market was assured.

During the expo, 6 interactions related to hydropower were conducted every day. Companies and concerned authorities from China, India, Canada, Norway, South Korea, Germany, Austria, Bulgaria, Czech Republic, Italy, Sweden, the UK, Brazil and other countries participated in the expo.