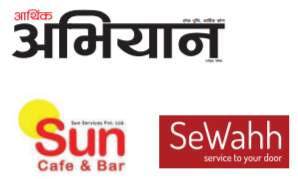 4 . This Project of 11 mw in Mustang was constructed by Mount Kailash Energy Co.

6 . This small hydroower of 2 mw is located in Lamjung

14 . Mountain Energy is the promoter of this 42 MW project in Myagdi

16 . Located in Makwanpur this reservoir called Indra Sarobar has three hydropower stations in it

18 . Located at Marsyangdi River Lamjung this hydropower with 70 MW was commissioned in 2008

1 . A run-of-river hydro-electric plant of 2 MW in Lalitpur

3 . The promoter and operator of this 25 MW Hydropower is Arun Kabeli, a subsidiary of Arun Valley Group

6 . This hydropower commissioned in 1996 is owned by NEA

7 . This hydropower is also owned by Butwal power company

8 . Another name of Panauti Hydropower built in 1965

11 . This hydropower will be the biggest in Nepal after its completion

15 . The project was jointly developed by Nepal and India