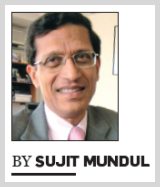 In order to alleviate the ill effects of Covid-19 on the economy, the large developed countries have been big on economic stimulus to hasten the process of recovery and bring the economy back on the path of recovery.  The very big challenge facing economies is to manage the supply side due to the restrictive production / service schedules being followed by most of the companies as a result of Covid-19.

The impact has been even more severe on emerging markets (EMs) which were affected by multiple shocks.  Both the demand and supply sides were badly affected. It has been observed that the EMs which stimulated more aggressively got very little pay off in a faster recovery, caused by the downsides of overindulging.

Ruchir Sharma, an author and global investor says, “Scanning data on the top emerging and developed markets for a statistical link between the scale of their 2020 stimulus programmes and the strength of the ensuing recovery, I found none”.  This statement is very significant in understanding the current state of play.  It has been further noticed that aggressive monetary and fiscal stimulus added nothing discernible to the recovery, beating many expectations of a much higher growth from the downturns.

India’s fiscal response to the Covid-19 pandemic has so far been conservative according to a new report (May, 2021) which suggested a Rs.5.5 lakh crore stimulus package to deal with the crisis.  According to a report “State of Working, India 2021: one year of Covid-19”, released by Azim Premji University, bold measures would be required to emerge stronger from the crisis.

It would be germane to mention that the tourism dependent countries, in particular, were severely affected due mainly to the decline in travel. Oil exporting countries also got badly hit with global trade and oil prices to drop by 10 percent and 40 percent respectively (Source: IMF Report). Nevertheless, Emerging Market economics have navigated the first phase of the crisis relatively well, but the current phase may be more challenging.

The virus remains present, financial conditions are still fragile and policy space is lowered. This is particularly applicable for the countries facing high risks to debt sustainability. Apparently, 33 percent of EMs intend to handle the crisis with high-debt levels and reportedly do not have space for additional discretionary fiscal policies or as having that space significantly at risk. As crisis grows, there is also a high risk of liquidity problems leading to solvency concerns.  Apart from the corporate default risks, sovereign debt stresses are alarmingly high in a number of EMs.  The poor people are at the wrong end of the stick and will amplify policy challenges in many countries.

The crisis would have been worse without the extraordinary policy support.  It could be said that the decisive policy actions in advanced economics helped ease the market conditions that paved the way for the EMs to resume external financing efforts, which resulted in record levels of bond issues to the extent of USD 124 billion as at June 2020 (as per IMF report).  But not all countries have seen improved fortunes.

According to an IMF Study (August 2020), the economic impact of the Covid-19 pandemic on EMs far exceeded that of the global financial crisis in 2008.  In response to the economic crisis, although positive steps were taken by the governments concerned, it has later been witnessed that conservative policies have had its limitations by reaching their limits, while unconventional policies are fraught with risks.

The pandemic was still in play beyond 2020 and covered at least up to July 2021.  Goldman Sachs Research found a link between growth and both lockdowns and vaccines. They observed that stricter the lockdown and slower the vaccine rollout, the bigger the hit to growth.  It has been observed that overspending often backfires, particularly in developing countries. The heavy spenders like Hungary, Brazil and Philippines witnessed the worst results.  At the same time, the tight spenders like Taiwan, South Korea and Mexico fared very well.  In the case of India, a moderate spender witnessed mixed effects; relatively low negative impact on inflation, interest rates but a relatively large impact on the value. Currently, what is the matter for concern in the Indian economy is a deficit of 11 percent of GDP, the highest among the major EMs.

EMs have a big challenge in hand, as to how to handle the situation and accelerate the process of growth over the next 12 to 18 months.