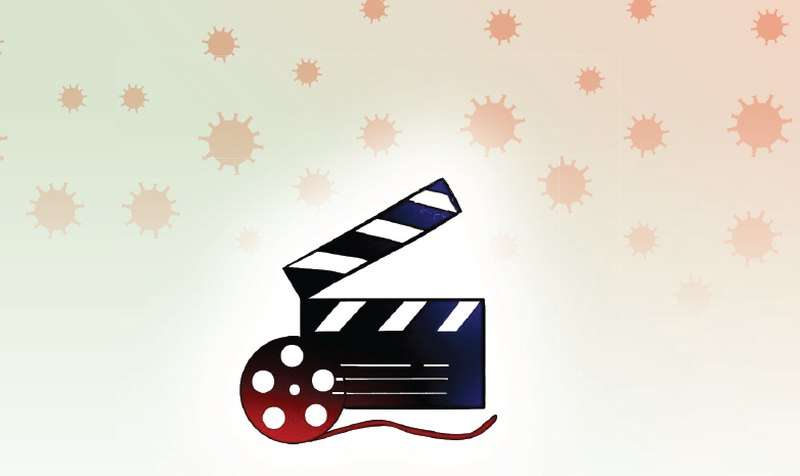 Sushil Pokhrel, a film distributor and producer, is having a hard time providing salaries to his staff and paying the office rent. His firm FD Company, a movie distributor company, is on the verge of closure. Pokhrel is worried that the pandemic might force him to change his profession if the current situation continues.

“Many people whom I have known in the cinema business for years have already shifted to other sectors. The situation has become so bad for the Nepali cinema industry that we are rapidly losing our workforce,” he says, adding, “And just recently, a friend of mine in the film industry was looking for a technician for his upcoming movie project but couldn’t find any.” According to him, the present upheaval faced by the Nepali cinema industry is unprecedented in scale and scope.

With movie shoots completely halted since March 2020, even established cinema personalities like director-cum-actor Nischal Basnet are reeling under the adverse situation. No shoot means the source of income for Basnet has stopped since the start of the pandemic, which puts him in the same boat in terms of financial woes as others in the industry. Basnet’s three movie projects are currently on hold.

Not just the actors, producers and directors, in fact the whole ecosystem of the film industry has been adversely affected. In a single movie, there are many junior artists, makeup artists, costume department, director of photography, editing, lighting and technical teams at work. Similarly, there are many people also working in different capacities such as managers, ticketing officers, parking assistants, shops owners, technicians and accountants in multiplexes and cinema halls. The ongoing public health crisis has taken away all their jobs.

Due to lack of business more than two dozen cinema halls across the country have been permanently closed. Multiplex brands like QFX Cinemas are facing their worst moment as a result of the Covid-19 fallout. QFX recently pulled out of the management of Jay Nepal and Kumari cinema halls which it had been managing for the last two decades. “The shutdown has led to a loss of billions in revenue for cinema halls in the past year and a half. We are ready to open cinema halls at 50 percent capacity strictly following the safety protocols once the situation normalises. This can help us to at least minimise the mounting loss,” says Roshan Adiga, CEO of TeamQuest which owns the QFX Cinemas.  However, he expects that it will take around one year after the reopening of theatres to have the same rate of occupancy like in the pre-Covid times. Aakash Adhikari, president of Nepal Film Producers Association says the industry has come to a grinding halt. “Around 85 movies with around Rs 1.85 billion in investment have been waiting for cinema hall screening since March 2020.” He adds, “No one knows when the producers will ever recover their investments even after the screenings are resumed. On the other hand, the financial burden is growing for many producers who have taken loans to invest in the movies.”

The cinema industry stakeholders met the then Prime Minister KP Sharma Oli and urged to allow the reopening of theatres during December-January last year when the risk of the first wave of the pandemic was receding. Theatres did open for a short period, but the turnout of moviegoers was very discouraging. Pokhrel is doubtful that people will return to cinema halls like before due to safety concerns even after the completion of the ongoing vaccination programme.

Digital Platforms
Unlike in India, China, and many other countries in Asia and the western hemisphere, digital platforms have been of no help for the Nepali cinema industry. There are over-the-top (OTT) media services such as NETTV and iflix in Nepal but such platforms have not offered any respite for people associated with the industry. “Soon after the lockdown last year, I talked with the OTT platform service providers to release movies online. There are challenges and risks in terms of recouping the investment, but opportunities also come with it. International movie streaming platforms are yet to prioritise Nepali movies. So, we should look for something homegrown,” says Basnet.

To ease small international payments from Nepal, Nepal Rastra Bank, a couple of months ago, allowed commercial banks to issue USD 500 denominated dollar cards. Producers say that this has now paved the way for them to release films on digital platforms targeting the Nepali diaspora. In recent years, countries with a significant presence of Nepali diaspora such as Australia, United Kingdom, Germany, United States, Japan, Israel and some Gulf nations have become major markets for Nepali movies. “Once this audience pays through legal channels, Nepal will get noticed on international platforms and we will see a rise in the number of viewers and OTT providers will start prioritising Nepal and our content,” says Adhikari.

Given the fact that the lockdown has brought a shift in viewing habits from cinema going to watching movies online, many are wondering how cinema will be impacted after the pandemic is over. Pradeep Udaya, former President of Nepal Motion Picture Association is hopeful people will return back to the cinema halls once the crisis is over. “It is just a matter of time. It may take more time than we think but the industry will bounce back stronger,” he expresses. Recovery
The cinema industry has been classified as a non-essential sector by the government. So, when the situation returns to normalcy, cinema halls will be the last businesses to reopen. To survive the onslaught of the pandemic, movie industry stakeholders have demanded that the government introduce some relief programmes. Nepal Film Producers Association has submitted a 7-point list of demands seeking immediate relief measures such as bank loans for movie companies for six years at subsidised interest rates with no interest collection for the first three years.

Similarly, they have also asked the government to provide financial support to the workforce. “The government needs to address our demands. We have around 150,000 people directly and indirectly associated with the movie industry. We distributed relief materials to the families of film technicians. But such support measures are temporary. The long-term solution should come from the government,” says Adhikari.

Udaya urges the government for a waiver of VAT and entertainment tax for at least three years to help revive the industry. Meanwhile, the Film Development Board (FDB) has also formally requested for the waiver of VAT and other taxes levied on movies and movie tickets. Dayaram Dahal, executive chairperson at FDB, says the government has responded positively to the demands. “We have also asked for refinancing loans for movie production houses at a base rate of three percent,” he mentions. Dahal thinks that after the ongoing vaccination drive is completed, moviegoers will return to the theatres.

However, movie producers also fear that when the situation becomes normal, the industry will face a dearth of talent. “We are concerned that experienced technicians and other human resources will be difficult to find as many have already gone abroad, returned to their villages or gone elsewhere and new investment will be needed to produce the necessary workforce,” says Adhikari.