Trend Analysis
The benchmark index continued its downfall in the course of last month. Nepse declined by a staggering 115.97 points (or down 11.78%) to close at 1231.01. The index moving below the 50-day and the 200-day moving average indicates bearish momentum in the market. Additionally, downward movement of the 200-day moving average further supports the bearish sentiment. The average volume turnover stood at NPR 37.19 crorer compared to NPR 35.17 crores the month prior.
Resistance and Support The Nepse index high stood at 1374.73 on 25th of February. However, it broke the support level of 1390 and entered the 1200s level in the course of last month. The current support and resistance level stands at 1200 and 1320 respectively. The index will likely test the current support level as bearish sentiment looms over the market.
Nepse Trend Indicator
a. MACD
The MACD is a momentum oscillator formed by using two different types of moving averages, which provides specific buying or selling signals. When a MACD line crosses above the signal line, it is considered to be a positive sign and indicates a time to buy, and vice-versa.
The MACD and the signal line, at the beginning of last month, stood at -11.34 and -12.26 respectively. In the course of the month, both the MACD and the signal line decreased by 25.26 and 20.52 points to close at -37.01 and -32.78 respectively. Both the lines continue to move in the negative territory, showing bearish sentiment in the market. The MACD line crossing below the signal line further gives a bearish trigger.

b. RSI
RSI is a form of leading indicator that is believed to be most effective during periods of sideways movement. Such indicators may create numerous buy and sell signals that are useful when the market is not clearly trending upwards or downwards.
The RSI, at the beginning of last month, stood at 38.04 level. In the course of the month, it lost 15.65 points to close at 22.38 level. The RSI shows significant selling pressure in the market.

c. Bollinger Bands
The Bollinger Band is a technical indicator that consists of a moving average (21-day) along with two trading bands above (upper band) and below it (lower band). The bands are an indication of volatility, which are represented by calculating standard deviation.
The benchmark index hovers around lower Bollinger band, signifying high selling pressure in the market. Nepse remained close to the lower band throughout last month, giving a bearish signal. The distance between the upper and lower bands has diverged, indicating an increase in market volatility.

Overview
The benchmark index declined by 155.97 points (or down 11.78%) to close at 1231.01 last month. The index is hovering below the 50 and 200-day moving average, giving a bearish signal. The MACD and the signal line are hovering in the negative territory, which gives a bearish sentiment of the market. The RSI closed at 22.38 level, indicating a rise in the selling pressure compared to the previous month. The Bollinger bands indicate a rise in market volatility due to divergence in the upper and lower bands. The new support and resistance level stands at 1200 and 1320 level respectively. 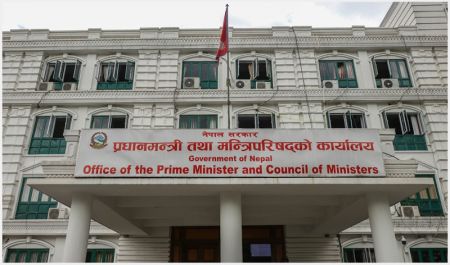