Kazi Studios : On the Wings of Creativity In a classic case of a ‘garage-style’ startup making a splash, one company is proving that being innovative creatively can also mean making cash. 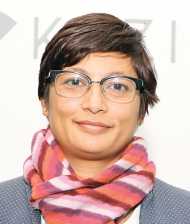 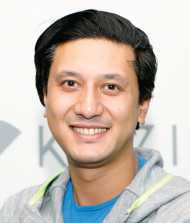 Starting a business from scratch is strenuous. But when people with creativity and innovation come forward, the lack of resources will not stop them from doing something new. They use their creative ideas and start businesses even with little investment.

Kriti Shakya and Manish Shrestha, co-founders of Kazi Studios, are examples of such determined individuals. The duo started out six years ago out of two laptops to establish Kazi Studios, a multidisciplinary firm which is focused on design. Starting by designing websites, logos and magazine layouts, the company has now expanded its horizons to design other products such as creative games, household accessories, decor alongside automated software and hardware. Shakya is the Creative Director of Kazi Studios, while Shrestha leads the venture as the Head of Business Development.

The Establishment
After completing their higher studies in the US, both Shakya and Shrestha worked there for a few years. Though the duo initially had no future plans to work in Nepal, they decided to utilise their knowledge and skills in the home country after travelling in South Asia in 2010.  In 2011 they started Kazi Studios as an interactive creative agency after feeling that there was a need for a paradigm shift in the designing sector in Nepal.

“When we started working on the idea, people were not much concerned about design. There was no trend of paying creative minds for their designs,” recalls Shakya.  “Back then, many organisations and individuals did not know the value of good design.  They would rather go for cheaper rates where the charges are levied on printing, not for designs,” she shares.

Products and Services
Kazi Studios focuses on a cross-section of design and technology. The venture has introduced various innovative products under the brand ‘Allare’. Besides this, a board game ‘Samrajya’ has been gaining popularity among children as well as adults. The company develops general products for daily use in an innovative way under the ‘Allare’ brand where the items are incorporated with traditional Nepali art.

The studio has designed a ‘Doko’ bag made from leather and the ‘Makara USB’ which has a wooden cover with a print of the Hindu mythological sea creature Makara. Other products include the Ghurra bottle opener, a Tic-tac-toe game, a memory game called Test Your Memory, Allare cards and bookmarks that have been designed to reflect the craftsmanship and culture of Nepal.

Shakya uses the local workforce to make their products, for example working with local wood carvers and the people who make packaging boxes for typical Indian style sweets. “To produce these innovative products, we train and support them in the process,” says Shakya.   The price of Allare products ranges from Rs 2,000 to Rs 25,000. They also have many multi-national companies as clients who place orders for customized Allare products to gift as souvenirs to their guests.

Samrajya, the board game is basically designed for children aged six years and above. “It is similar to the   game of Ludo, and here the adults can also use cards as options to strategize their moves,” says Shrestha.  Before coming up with Samrajya, the company developed various prototypes and listened to feedback regarding the complexity of the game. Previously they also designed the ‘Settlers of Patan’ drawing inspiration from the multiplayer board game ‘Settlers of Catan’. The Samrajya board game is priced at Rs 1,200.

Another product developed by the group of engineers, developers and designers at Kazi Studios is Smart Maka. Smart Maka is an extended power socket which enables users to connect their appliances to mobile phones, software or the internet. Similarly, the company has also developed a basic set of switch and sensors available at Rs 22,000 to automate the flow of water in water tanks. Challenges
From the very beginning, the creative designing agency has set its own work model to provide services to their clients. “What we charge is for the designs of the products. Our clients can print the designed products on their own if they wish so,” shares Shakya.

It was a matter of hard work and perseverance at the start since it was very difficult to find customers who wanted to invest in design and creativity. Despite this, they never changed their business model which now has become a source of inspiration for many freelancers and design professionals who want to create value from their works in design. “The trend of charging for designs is still not popular. But things are changing gradually,” observes Shakya. “Luckily, we did not face any major crisis due to this. People have gradually known us through the recommendation from our clients,” she adds.

Team Management
Most startups are used to unpredictable routines and everyday challenges. Startups require entrepreneurial teams that are ready to experiment and explore different business ideas. Being an interactive creative agency, Kazi Studios prefers people who like to get engaged and do almost everything.

“Almost everything! Because we not just only work in our office, but also play ping pong and do exercises like Zumba and yoga and try out other activities which helps us to become more creative,” expresses Shrestha.

While hiring, Kazi Studios look for fun and adventure loving yet visionary staff.  The environment of openness in the office indicates this quite well. For instance, the floor of the workplace has a ping pong table instead of systematically placed cubicles. The team is active in brainstorming new ideas rather than working on a fixed schedule of 10-5. They work their assignments efficiently completing them within the deadline.

Kazi Studios team consists of engineers, students and women who are ready to go the extra mile from their comfort zones while working.  The team in the workplace is quite proactive. All members are not only engaged in the design work but they also give their inputs and ideas on all the products.

Promotion
Till now, word of mouth has been a major source of promotion for the company. The company also employs Social Media Marketing which has helped the venture to come to the attention of more people.

Both Shakya and Shrestha are enthusiastic about sharing and preserving the cultural history of Nepal through the products.

At a time when Nepali products have been gaining good interest from not only expats but also from local people, one can find the board games and the Allare products in different stores including Timro concept Store in Patan, One Tree Stop in DurbarMarg, The Local Project, Jhamsikhel and Evoke Café, Pokhara. The Samrajya Board game is also available on Sasto Deal online.

Clientele
The company works for clients from different areas including media, the development sector, corporate houses and government. For example, the venture has designed the website of UNICEF. Similarly, other significant achievements include a project for the Prime Minister’s Office in Bhutan. It handled the online campaign of Bhutan for Life, a project initiated by the government of Bhutan in association with the World Wildlife Fund.  Kazi Studios works with 20-30 clients every year.

Plans Five Years On
According to Shrestha, Kazi Studios has been approaching startups to make their products available to customers. “We are talking to different startups at present.  They have the willingness to try developing new products,” he says. He views that people are also becoming more aware nowadays about the products made in Nepal. “However, the market is still not ready to pay designers and developers on the basis of creativeness in terms of creative design,” he states. Kazi Studios has also been trying to expand its market across the continent of Asia. Having a corporate office in the United States as well, it has already worked with clients in Bhutan, Bangladesh, India, Sri Lanka and a few countries in Europe.