To make optimum utilisation of waste food products and promote the culture of urban farming, a startup has developed a business model. 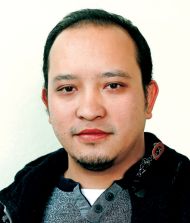 Proper management of food waste is a worldwide problem. Every time foodstuff is thrown away, the energy, money and time spent on growing the crops is wasted. Besides this, rotten food releases methane gas which is considered a contributing element to climate change. So, the smart question is what if we could drain the methane and use it within the kitchen itself? A startup Jiva Urban Agriculture System (JUAS) has created a business model to address this issue.

Established in 2015 by Pranay Karki, JUAS actively promotes anaerobic digestion for built-up areas. Anaerobic digestion is a process of composting of waste food materials in an enclosed system where the microorganisms breakdown the compounds in the absence of oxygen and form natural gases ultimately producing fertilisers. “Using the JUAS Integrated Biodigester can have multiple benefits. The waste food which is simply thrown away can be used to produce methane for cooking purposes. Similarly, top-quality organic fertilisers is another resultant product that can replace the agro-chemicals,” says Karki.  "The mechanical stomach of the biodigester which is fed with organic materials recycles the food wastes into biogas and bioslurry.”

The Idea
Founder and Chief Technical Officer of JUAS, Karki studied science at higher secondary level. After receiving a university degree in engineering in Logistics and Management from Germany, he returned to Nepal and got into business in 2011. Though Karki has no formal education in agriculture, his passion and continuous research to bring positive changes in the field has kept him going. Prior to starting this innovative model, he managed to acquire enough knowledge about agriculture and venture management by working in cattle farming, dairy and the import of ornamental fishes. At the start, Karki, who describes himself as jovial natured, never dreamt of starting a business, but an urge to work in waste recycling changed all that.

An idea clicked in Karki's mind when he saw the design of similar kinds of biodigesters made by an Indian NGO called Appropriate Rural Technology Institute (ARTI). "We modified the ARTI designed biodigester according to the temperature and bacterial culture in Kathmandu.  The Indian design is only for households but we are scaling up the capacity of the biodigester so that it can be used to recycle huge amounts of waste in eateries too," he mentions.

When Karki started JUAS, he was alone. To meet the needed capital he brought in some initial assets from his earlier businesses and also borrowed some from his family. Karki so far has invested a total of around Rs 3.5 million in the business. Though he did all the research by himself in the beginning, his company now has an R&D team working intensely to research and discover new methods to manage the waste within the source. Passionate in developing the concept of waste management among the society members, the JUAS team is moving forward with a holistic approach for waste, health and agriculture management together.

"One of the main challenges that we have been facing is the lack of understanding among people regarding the concept of biogas,” Karki shares. “People think that biogas can be produced only through animal excrement and sewage.” To widen people’s knowledge about biogas and vertical farming, JUAS has plans to re-educate the public by providing crash courses through social media and Youtube. “Our first course will be about organic farming in city areas. Then we will gradually move to informing people about anaerobic digestion with kitchen waste, nutrition and hygiene,” he informs.

About the Biodigester
"The biodigester is made by modifying the poly water tank and is semi-portable. It is an open-source floating drum and the design is unpatented," Karki explains. "Though it is similar to compost bins, it does not let the methane gas produced by the food waste go to the atmosphere. All wet food waste which can be rotten could be added into the biodigester," he adds.

According to Karki, the production of gas depends upon the nature of the waste and the outside temperature. The more calories in the waste, the more gas is produced. “Three kilos of food waste, for instance, can be added in the household biodigester and 50 kilos can be poured in bigger ones used for canteens and cafeterias during the summer season. Whereas in the winter season, the small biodigester can consume a kilo of waste and the bigger one has to be fed with not more than 30 kilos," he says.

Karki says that the biodigester for household purposes can reduce the use of seven LPG cylinders per year. "It is a one-time investment for a household. Meanwhile, for the commercial scale biodigester, we have to do regular inspections,” he mentions. Karki, however, cautions that overloading and adding substances with chemicals may cause problems in the biodigester. “And in such cases our team has to go for re-activation otherwise it can run smoothly for up to 25-30 years."The biodigester can be installed within three days in a home scale system and the gas production will start in one-two weeks, according to Karki.

The price of the machine ranges from Rs 35,000 to Rs 400,000. The company has not used any wide means for the promotion of the product except its social media page. Karki shares that around 35 homes and a few canteens and cafeterias in Kathmandu have been benefitting from the use of biodigesters.

Promoting Bioponic Farming
Besides the biodigester, JUAS also provides services in a wide range of urban farming solutions in areas such as biological hydroponics, bioponics, aquaponics, fiberglass growbeds and equipments, sub-irrigated raised beds farming system and coco-coir based vertical pipe gardening systems. The whole idea behind starting JUAS for Karki has been to change the way people perceive organic farming in urban areas by providing an understanding about bioponic or soilless farming.

According to him, the labour requirement in the bioponic farming is 80 percent less than traditional farming and the whole process is highly cost effective.“The vertical farming produces more crops in less area. It requires coco peat and bioslurry which prevents weed growing in the farm and utilises 70 percent less water than conventional agriculture,” he says. JUAS will be starting a one of a kind vertical farming using the biogas technology in two months. "The farming will be done in pipes in seven annas of land. By establishing the farm, we will be raising awareness about sustainable methods of farming," he mentions. Along with running the farm, the company also plans to sell pipes for vertical farming priced at Rs 3,000. It will also manufacture the biodigester with fiberglass replacing the poly tank.

Karki says that the company is in the market penetration phase right now and with growing demand, it will proceed to expand. Five years down the line, the company has plans to become the market leader in biodigesters and to utilise such sustainable products in the kitchens of the country. JUAS also wants to establish more modular vertical farms in the near future.