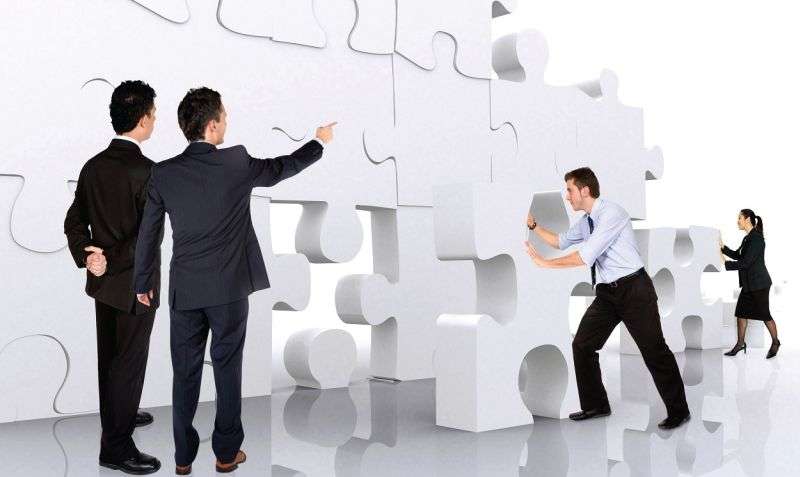 The democratisation of decision making is easier said than done. It is a mindset, change in attitude towards others.

What is managerial excellence? It is like parenting a new born baby into adulthood. In the business world dreaming has to become reality. Successful great leaders combine in them the qualities of a dreamer as well as the ability to turn their dreams into reality. However, in the real world this combination is rare. A leader is a visualiser most of the time. He is intuitive. Normally he is a breed apart. Many of his visions never see the light of the day because they lack the ability of execution. There are many historical examples wherein the conquerors have failed to stabilise and retain their victories. It is equally relevant in the business world.

A visualiser is an entrepreneur who has an appetite for risk but he normally lacks the knack of creating a delivery mechanism of his own to suit his vision. Therefore, he needs a manager who has the abilities to visualise the vision of the entrepreneur and the skills to turn them into realities. Both become two faces of the same coin, complimentary to each other, companions in the same journey on the same road for the same mission. Failure of one is the failure of the other. At one stage managerial excellence becomes the core condition for the success of the venture. Managerial excellence lies in the implementation of the entrepreneurial vision at the right time of right quality and at the right cost so as to give the maximum satisfaction and benefit to all the stakeholders, namely shareholders, suppliers employees, society, government and customers.

In the past the list of stakeholders was not so liberal. Shareholders or financiers were the only stakeholders and they thought they knew all. Managerial skills were not highly valued. Enterprises were small and mostly family owned. Hence, the then prevailing business scenario dictated a more hierarchical approach in order to achieve managerial excellence in any enterprise. Except for social work, the hierarchical approach has been in vogue in the political sector also. With the advent of democracy in most of the countries of the world, the conflict of good governance in public life also lies in choosing wider participation or is limited to a few. Monopoly is inborn in us whereas democratic norms of inclusion are acquired habits which most of us are adverse to practice.

The last two decades have witnessed a sea-change in the political and commercial scenario globally wherein the institutions involved in political and commercial activities are drawing the attention of a wider section of society and are becoming inclusive. The ownership pattern is changing. Commercial activities are becoming more inclusive and laterally expanding. Through various easy instruments of participation savings of the masses are getting channeled into commercial ventures. The common man has become a risk taker. The commercial enterprises have become large, larger and now multi-national and multi-racial. Technology has taken the driving seat.

In these changed circumstances the managerial style has also undergone an evolution which as of now stands committed to a participatory style, more team work and flat organisations. Though the structure of the organisations have changed quite fast in keeping with the inclusive nature of wider involvement in terms of shareholders as well as other stakeholders, it cannot be said strongly that democracy has replaced fully the erstwhile practices of monopolistic or individualistic controls at enterprise or at corporate level.

The democratisation of decision making is easier said than done. It is a mindset, change in attitude towards others. Those who are at the helm of affairs need to respect and tolerate the views of others. Decision making is just one step, there is monitoring, measuring, course correction involved until a decision is successfully implemented. Customers demand product safety and quality; shareholders want value addition to their shares, transparency and disclosures; employees aspire for better wages and working conditions; society expects environmental protection; suppliers better deals, government tax and legal compliances. These and many more are all part of democratic norms associated with managerial excellence. Managerial excellence is no more confined to the daily routine activities of an administration. Since all these demands are independent crucial functions it becomes necessary to build a team of experts / professionals who in their fields of expertise can adequately address the expectation of the shareholders. So team work is not an option but a necessity, democratic functioning is no more a choice, it is a solution.

Working in a team is a pleasure for a true democrat. Managerial excellence comes out of churning new ideas out of others. A democratic team only can explore creatively alternative options and choose the best analytically. Decisions based upon analysis and interaction become acceptable to all and therefore subject to self management. Team work demands high quality insight from each member of the team because his or her view is subject to assessment by others. Since it is a collective effort and decisions are out of consensus, the communication up and down the enterprise is effective and messages across the organisation are faster. It has been studied and found that a team makes better decisions than an individual. Reason being that the biases and ego of the individuals are identified and reduced in a team. Often an individual has “delusional optimism” and ego about his own idea which may lead to wrong decisions. An individual may be impacted by irrelevant factors such as a preceding decision, mood, or any other social compulsions. Such individual limitations are controlled, reduced and curbed in a team discussion. This aspect of decision making has been exhaustively studied by psychologist Daniel Kaheman, who calls them “noise” and suggests that for a better decision such distracting noises can be filtered in a team.

But a democratic style is effective only if the team leaders know how to extract the best out of the team. Building consensus is an arduous process. A Lot of time is wasted in converging them together and choosing the best option by a process of elimination. Egos come in the way. Information that has been culled from discussions has to be shaped into an actionable strategy. The quality of leadership and skills in managing people only can make democracy successful for managerial excellence. It is absolutely necessary that the leader be fair, reasonable, and accepting. It is building a relationship. Democracy for managerial excellence requires the team leader to have the highest quality of persuasion and persistence.

Looking back two years ago at 2015, it reported many incidents which do not subscribe to the democratic compliance in corporate governance. Volkswagen, FIFA, Toshiba, Tata are big companies and theirs and others violation in terms of product safety, use of confidential information, bribery and corruption, leakage of confidential information, sacking ignominiously of an executive chairman etc are all glaring examples of democratic norms being flouted even at the large corporate levels to suit the then managerial needs. Democratic functioning for managerial excellence demands discipline at such critical junctures to resist the temptation to resort to unethical and unfair measures. This can be brought above by legislative control and the stakeholders’ education to be watch dogs and voluntary code of conduct overseers at the board level. The independent directors should be made more responsible and accountable and subject to legal action.

The surge in startups of small enterprises by young entrepreneurs does not face the above issues as their mindset is already democratic and they work laterally. They already believe in being ethical, fair and taking decisions on merit. They are forthright, transparent and exude confidence. They already are sold to the concept of democracy for managerial excellence and practice it in their day to day dealings. The problem arises when the enterprise becomes big and the decision making along with the implementation are to be delegated.

Since many of the managerial functions are going tech, the requirement for manpower is shrinking as well as becoming more qualitative. However there is a cultural bias among us in that the style of decentralised functioning creates a cluster of confusion. The idea that too many cooks spoil the broth still governs the mindset of many investors. But the silver lining is that it is dawning on the investors that the future enterprises big or small are not single units but a value chain of many discreet activities manned by specialists of diverse nature and taking the best out of them requires a democratic ambience in the work place.

Already democratic processes in decision making and project implementation are in vogue in the public sector and it is slowly percolating in the private sector also. Reaching out to all the stakeholders has become an integral part of corporate governance. Corporate social responsibility, human resource development which were unheard of a decade ago are being given the capital importance they deserve. In the days to come once the private sector becomes more participative and inclusive the organisations will become more effective and its image will also enhance. The success of an enterprise may not have a direct relationship to managerial excellence as it can be attributed to many other factors, however, democratisation of its management is absolutely necessary, in the absence of which  failure becomes inevitable. The synergy that the team is supposed to possess can be effectively unleashed and channeled productively into actionable strategy only by democratic process.

The writer is the Chairman of Nimbus Group.