Similarly, AD Factor and Project A Studios were placed second and third respectively. Prizes and certificates were handed over to the winners. Likewise, all agencies designing the 15 cover designs of the New Business Age magazine were also felicitated with certificate of appreciation. Meanwhile, all members of the judging panel were also honoured in the event. The jury was headed by Prof Dr Bhoj Raj Aryal with Abhaya Pandey and Manoj Raut as members.

In his welcome speech by Madan Lamsal, Chairman of New Business Age. Lamsal said the event was organised to encourage creativity in Nepali advertisements. “The joint effort of entrepreneurs, advertising agencies and media can increase the creativity in this sector and make the advertisements effective,” he said.

A discussion on ‘Creativity in Nepali Advertisement’ was held on the occasion moderated by NBA Chairman Lamsal. The discussion included a Q&A session where panelists answered questions from  the audience.

Nepal’sadvertising companies have stressed on the need to increase the level ofcreativityin Nepali advertisements. In a programme organised by New Business Age Pvt Ltd on July 1, participatingadvertisingagencies and advertisers said new and creative methods were needed to take Nepali advertising to the next level. They said that theNepali advertisement sector is still functioning in a traditional way.

“The use of creativity in Nepali advertisements is satisfactory. However, we should try to increase the level,” said Shekhar Golchha, Vice-President of Federation of Nepalese Chamber of Commerce and Industry (FNCCI) and Executive Director of Golchha Organisation. “Since the beginning of commercial Nepali advertisements, creative use and developments have apparently been good,” he added.

Navin Shrestha, CEO of Water Communication, urged agencies to concentrate on uplifting the level of creativity. “Nepali advertisement industryis still running in traditional patterns. Creativity in Nepali advertisement has not increased in the same proportion with the market size,” said Shrestha. He stated that as creative advertisement helps to build brands, advertisements should balance advertisers and market dimensions. “Up untill now, our creativity is focused only on the layout part,” he said.

Meanwhile, Lava Manandhar, Art Director of Prisma Ad saidcreative practices in Nepali advertisement was satisfactory. Highlighting on the interdependence of advertisers and agencies, he said, “Advertisers and agencies travel together. They need to move ahead together,” adding, “Advertisement presentations should be popular and understandable to all.”

Likewise, Santosh Shrestha, President of Advertisement Association of Nepal (AAN) informed that the Association has started preparations for the 9th Crity Award and a team headed by him is reviewing the award criteria. Meanwhile, Nirmal Raj Poudel, former President of AAN said that creativity in Nepali advertisements is moving together atthe pace of the market. Similarly, Ranjit Acharya CEO of Prisma Advertisement said that all types of communicationshave their own effectiveness. “Traditional media need not be scared of their digital peers. However,the traditional media should capitalise on the opportunities available in the digital sphere,” he said. Likewise, Joydeb Chakravarty, Executive Director of Thompson Nepal stressed on the need to provide a platform for new talents in the advertisement sector.

“We should produce such advertisements that will generate awareness in the society and stays in the mind of viewers for long time,” said Ujaya Shakya, Managing Director of Outreach Pvt Ltd. Pankaj Pradhan, Managing Director of Prismark Marketing Pvt Ltd said that a lot of work is needed in order to take Nepali advertisements to international standards.

I found the overall programme to be a very good type of initiation. The open discussion helped us gain more information about the Nepali advertisement industry. Though creativity is a long process and needs continuous developing, I believe that the level of creativity in advertisements will enhance if we continue to organise such programmes. The Crity Awards was started from 2060 B.S. in order to enhance the level of creativity in Nepali advertisements. We have formed a committee for this year’s award ceremony. We are hopeful that the New Business Age Second Cover Design Award provides support for the Crity Awards. We are producing advertisements that directly touch the heart and that can be felt by the consumers these days. Though we need to focus our efforts to raise the level of creativity in advertisements. It is commendable that the New Business Age Group is supporting the agencies especially in the creativity part. It encourages the advertisement agencies to do better. I thank New Business Age for organising such important event as no other publication or media company has done it before. We should never be satisfied as we have a lot of things to do. We need to do better. It is essential to understand the objectives of advertisements that we are doing. Till now we have been making advertisements that are understood by everyone. However, we are not able to foster higher levels of creativity in Nepali advertisements compared to those produced abroad. This kind of programme can enhance the hidden talents and creativity of many ad agencies which are unable to come ahead in the market. 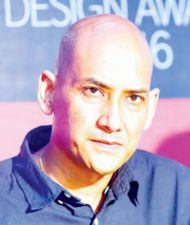 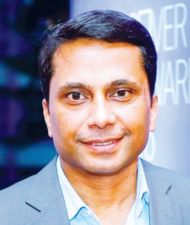 The event organised by New Business Age Pvt. Ltd is very praiseworthy. We should be able to give an output from the money of advertisers by being creative. Similarly, it is necessary to focus on the creativity as well as the motive of advertisements. The advertisement should be easily consumed by the target group. Nowadays, there has been a rise in the trend to advertise products and services on social media. However, the effectiveness of such types of advertisements has been questioned. According to a research, viewers remember the advertisements displayed on social media only for 40 seconds. Therefore, it is not enough to advertise only through digital media. I found the programme to be very motivating as it was based on the contemporary issues faced by the Nepali advertisement industry. Though being a new company, we were able to achieve third place in the competition. This award has strongly motivated us. I believe that it will be good if more companies participate in upcoming programmes. 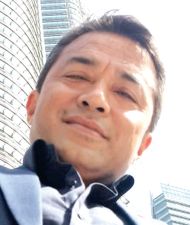 I appreciated the programme organised by New Business Age Pvt Ltd. I found the programme to be very creative. It has conveyed new information about the Nepali Advertisement Industry. I feel that this kind of programme should be conducted more often.  I believe it brings positive competition between advertisers and agencies.  Not only in the capital, but programmes like this must be organised outside the valley as well so that the advertising market in that area will be encouraged. These kinds of programmes must continue. I got an opportunity to participate in this kind of event for the first time. For that matter also, the programme was very important for me. This is a very nice opportunity for those in the advertising world who do not have much networking. Similarly, I did not expect it but our company won the Creative Cover Design Award. This award goes to our creative design and our creative designing team. We feel very proud of the achievement since we designed the cover in a single day. 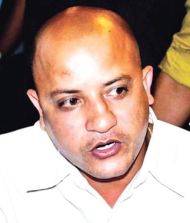 I really appreciate the programme conducted by New Business Age. I believe that a programme like this will help to restart the Crity Awards which has been delayed due to various reasons. I think this programme should be organised on a quarterly and a half yearly basis, and if possible, on monthly basis. A programme like this encourages the advertising agencies which are not well established to build networks and promotes hidden talent. I feel that the participants of the award were encouraged by this event.