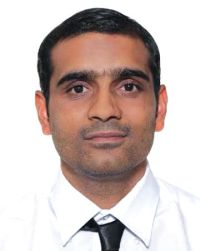 --By Krishna Khanal
“I regard apologizing as the most magical, healing, restorative gesture human beings can make. It is the centrepiece of my work with executives who want to get better.” - Marshall Goldsmith, American leadership coach
One of the most effective skills in the realm of reconciliation is the act of apologizing: admitting the wrongdoing, mending fences, and reviving the initial trust. It is one of the most powerful tools for a leader and for the whole organization to build a trustworthy, innovative and a better place to work for. The act of apologizing following a transgression has deep moral and ethical connotations. It begets the culture of forgiveness, trust, and helps to repair broken relationships. It also signifies to the victimized party that offenders are remorseful, empathize with victim, and willing to provide the reparation if it does any good or heals any of his sufferings.
"Leaders, especially aspiring ones, should hide their wrongdoings and weaknesses," is one of the most oft-repeated and frequently heard view for a successful leadership. Counterintuitive it might sound, but actually the view is deeply flawed. It is in fact not only the best decision to admit that you are wrong when you are; but it can also be a powerful tool for leaders for actually increasing their legitimacy and, when practiced on a daily basis, can help build a culture that fosters solidarity, openness to change and many other much needed features for a successful organization.
A good leader builds strong relationships and it is acceptable to a degree that they mess up relationally sometimes. Thus, the organization needs a leader who is capable of willing to admit the mistake, apologize for it and rebuild the bridge of empathy and trust to not only heal a relationship, but also for the overall health of the organization. After all, building a harmonious and successful organization is all about how well leaders manage and create the culture including quality of their personnel selections and ethical climate they foster among subordinates. Apologizing freely and fully requires a great deal of courage. It’s hardly comfortable for any of us to admit the error or to acknowledge that something we have done has caused others harm and inconvenience. Even in our personal lives, we have very hard time apologizing for the slightest of a mistake we commit and it’s even harder when we are leading. Thus when someone truly apologizes, he/she is putting honesty and honour above personal comfort or self-protection. And it takes to be a courageous leader to undertake the full responsibility for actions and admitting and apologizing mistakes. Organizations need such leaders to make tough calls and to take responsibility for them. With such courageous leaders, people feel secure–not that they are helpless but they know someone is there you can count upon.
Apology is one of the important forms of resolving interpersonal conflicts in the organization. Apology increases positive emotions and decreases negative emotions in those who have been transgressed, (Lazare, 2004). As an example of this finding we can look at the work recently done by Alyson Byrne, a Canadian scientist who studies apology in the workplace. Her research shows that apology increases psychological health and positive emotions in the people who have been offended. The research done in the organization shows significant statistical correlation between the facts that someone who has been apologized to and how he/she describes their psychological health (Statistical Correlation -0.42**). The same relationship was encountered with a significant statistical correlation between the relation that someone who has been apologized to and self reported positive emotion (Statistical Correlation -0.40**). When Alyson Byrne and her team looked leaders at the workplace setting who had apologized, they saw similar patterns of relationships.
Apology is something that can be learned, studied and you can be better at. Next time when you find you have offended someone, put aside your self-justification, comfort, self-esteem, and simply apologize. Trust me, apologizing is the most magical, healing, restorative gesture human beings can make. And remember, real leaders apologize.
(**Correlation is significant at 0.01 level, N=159, Byrne, et.al., 2014)
Krishna Khanal is the author of upcoming book "Love, compassion and empathy".