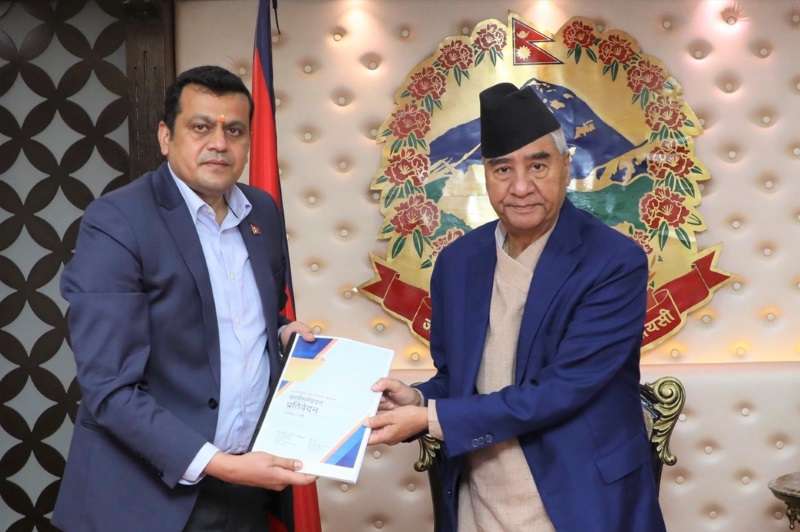 August 11: The Investment Board informed that it has approved and implemented its five-year strategic plan along with business plan worth more than Rs 122 billion in the fiscal year 2021/22. In the same year, the board also prepared the guidelines for project bank and project monitoring dashboard, states a report presented to the prime minister on Wednesday.

Sushil Bhatta, CEO of the board, submitted the report to Prime Minister and Chairman of the Board, Sher Bahadur Deuba amid a function on August 10.

A performance agreement on 42 activities based on measurable indicators with a timetable was signed between the prime minister and CEO Bhatt on 16 August 2021 for the last fiscal year.  As per the statement of the board, an agreement was reached between the prime minister and the CEO to focus on the four main strategic pillars of the board - project development and management, investment promotion, institutional development and coordination, collaboration and partnership. Also, all the specified indicators have been fulfilled and 100 percent success has been achieved, reads the statement released by the board.

The board also informed that systems such as Project Bank Management Information System (PBMIS), One Stop Service (OSS) have been developed to make the Investment Board information technology-friendly.