November 22: Coca-Cola and Nepal Red Cross Society (NRCS) have commenced the second phase of handing over of safety gears and equipment to various hospitals and volunteers to enhance the safety of health workers, patients and volunteers working in the frontline against Covid-19 pandemic.

Coca-Cola said in a statement that the total value of the equipment to be handed over to the Government of Nepal for use in various hospitals is approximately Rs 14 million.

Appreciating the joint efforts for the second phase, Minister Dhakal expressed his commitment to distribute ventilators provided by the Red Cross in collaboration with Coca-Cola.

According to the company, Minister Dhakal handed over the equipment provided by NRCS and Coca-Cola to Sagar Rajkarnikar, director of Sukraraj Tropical and Infectious Diseases Hospital, Teku.

Similarly, 48,000 units of surgical masks, 1,600 units of KN-95 masks, 550 sets of PPE, 400 pairs of safety glasses and 10,000 pairs of gloves along with one ventilator each will be handed over to the designated hospitals in seven provinces within the next two weeks, the statement further said.

“As Nepal fights to contain COV1D-19, we all need to ensure there is ample support provided to the Government. Coca-Cola’s partnership with Nepal Red Cross provides safety gear for front line workers and ventilators for the treatment of patients,” said Pradip Pandey, managing director of Bottlers Nepal Limited, that produces Coca-Cola in Nepal. 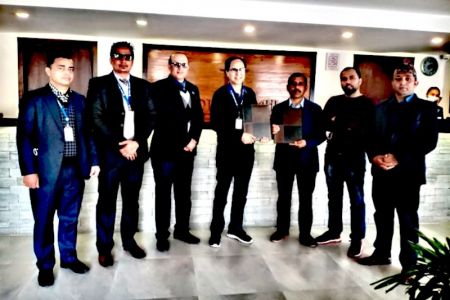